The new iPhone 8 is made for these 5 personality types 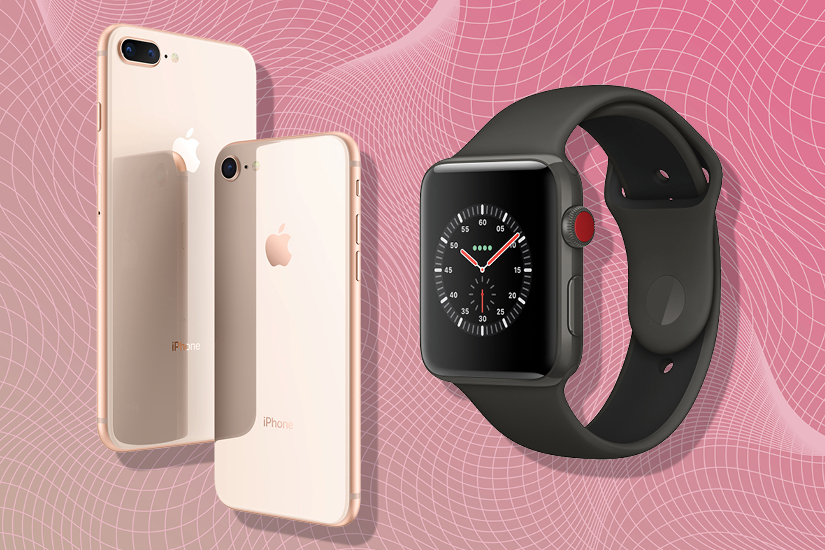 This generation of iPhone has the same killer 12 megapixel camera as the iPhone 7, but it’s supported by more technology, including: a sensor that automatically white balances the light in the room; improved HDR (high dynamic range) processing; and less shutter lag time, to name a few. Prepare for the likes to roll in.

There are two types of people in the world: those who charge their overnight and those who go out in the world with their battery at 20%. If you’re the latter, you’ll be happy to know that, despite all the upgrades to the system, the battery of the iPhone 8 has the same juice as the iPhone 7. Your phone will last on average about two hours longer than the iPhone 6S.

You were the first in your crew to have a cordless phone while the rest of us were still hiding in the front closet so our siblings couldn’t eavesdrop on our convos. So you’ll love that the iPhone 8 can be charged without going near a cord or plug of any sort. Apple’s wireless charger, called the AirPower mat, won’t be available until 2018, but the iPhone 8 is compatible with current chargers by Mophie and Belkin. Rest assured: You can juice up your phone through your Moschino case. (Unless it’s ridiculously thick or made of metal.)

Your phone is an extension of your lewk. So we’re betting you were very, very intrigued by the design of the iPhone 8, which features glass on the front and back of the phone in three different colours – a blackish grey (space grey), silver and gold. According to Apple,  this is the most durable smartphone glass to date; they worked with Corning to design it and chemically strengthen it. Remember, glass is breakable (duh) so be sure to use a phone case. Bonus: for those who hate smudges on the screen (aka everyone), an oil-resistant coating makes it easier to wipe off fingerprints.

If leaving your phone in your locker meant missing out that interview callback (or, let’s be honest, your crew’s group chat), you’re in luck: the Apple Watch series 3 can take calls now. Just an FYI:  You don’t need to hold your watch near your mouth like you’re James Bond. The microphone can pick up the sound from your waist up. Our other fave update: The watch now contains a barometric altimeter that tracks when your elevation changes – such as when you’re climbing stairs or doing those hill sprints for your marathon training. The result is a more accurate summary of your daily caloric burn.

Apple Watch Series 3 (Starting at $429), at apple.com/ca. Image by: Courtesy of Apple