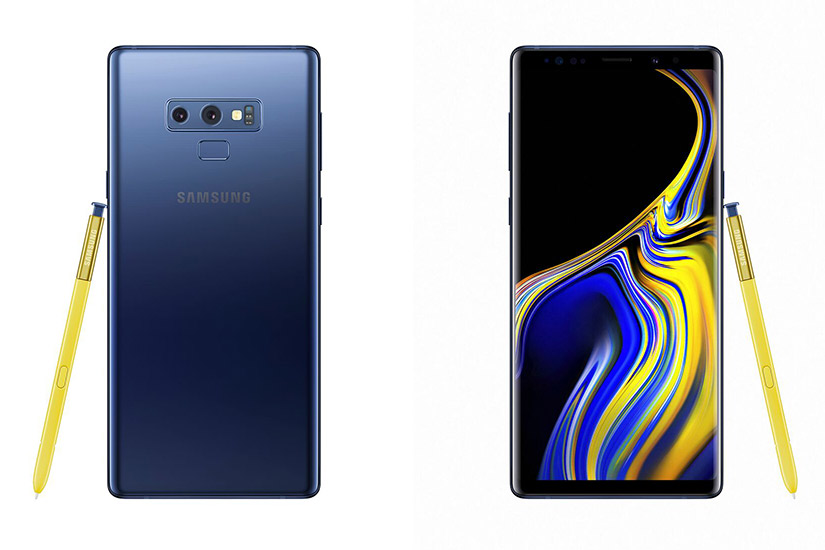 Maybe it’s a byproduct of checking our work email all the time, or a sign that we’re maybe addicted to our phones, but if you’re anything like us, you, too, have a bad habit of surreptitiously checking your battery life way too often (and wondering how it got so low). Well, get ready to kick that habit, with Samsung’s new Galaxy Note9.

We were in New York last week to learn all about the new devices—available in Canada in a sleek black and sharp blue—which Samsung execs described as for “multitaskers on the go.”  What exactly does that mean and how will it actually help us get over a low-battery-related anxiety? Here’s everything you need to know about the Galaxy Note9, which is available for pre-order now.

It’s battery will last you all day—and then some. Seriously. The phone comes with the biggest battery ever found in a Note, measuring at 4,000 mAh—which is basically tech speak for super long-lasting. Samsung claims it will last you morning to night, getting you through the entire day. And not just any day, either: it built to power through those high-stress, heavy-workload, your-phone-is-your-entire-life kind of days, too.

Your Insta game is about to get even better. For the Galaxy Note9, Samsung added an impressive AI algorithm to its camera software. The new Scene Optimizer feature can identify up to 20 different types of scenes (think food and pet pics, and even nature or beach settings). Once the type of photo is identified, the camera will automatically adjust various settings (like saturation, contrast and exposure), allowing you to take the most IG-worthy photo possible. There’s also a new flaw detection feature, which will warn you if there’s something wrong with your photo (i.e., a blur, someone blinking, etc.) before you even preview it. Just call us a professional photog.

It doesn’t come with a magic wand, but it does have the next best thing. A staple of the Note series is Samsung’s S Pen, which was initially used for writing and drawing on the phone’s touch screen. For the first time ever, the S Pen is Bluetooth-enabled, offering you control of your phone from up to 30 feet away. It has a central button, allowing you to launch and move around certain apps, and reaches a full charge (from its place inside the phone) in just 40 seconds. That means you won’t have to worry about it giving out on you during an important presentation—or when you hold a 30-minute selfie photoshoot. (No judgment).