How to Take Professional-Looking Photos with Your Smartphone

Get ready to seriously step up your Insta game. 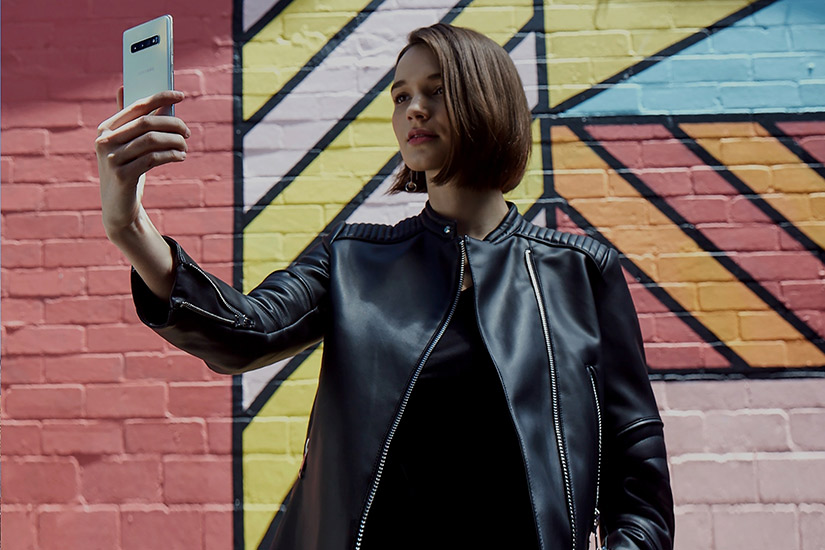 You’ve probably spent more time than you care to admit trying to capture the perfect photo because you couldn’t figure out the framing, or get the lighting right or you kept ending up with a blurry snap. Here are four ways you can take the best photos with your phone.

1. Have plenty of options

The first step to a good photo that even a pro would approve of? Having a selection of pics to choose from. “Don’t just be satisfied with point and shoot,” says Toronto-based photographer Brandon Barré. “You don’t know what the best angle is until you’re actually looking at the image; it’s more of a feeling than anything else.” Take a lot of photos—like a ton—and move around to shoot from different angles to see what happens. Ignore the onlookers and just pretend you’re a pro.

2. Invest in a phone with a quality camera.

It is possible to get a professional-quality shot with just your phone. The Samsung Galaxy S10, in stores now, has an ultra-wide lens that helps you capture your most precious moments in a 123-degree wide angle—like the field of vision of the human eye. That means everything you see in front of you IRL can fit into the frame of your pics, so no more asking everyone to awkwardly huddle around the table at your next family gathering.

The camera in the Galaxy S10 also uses AI. What does that mean for you? “It’s not just about the hardware of the camera,” says Terry Chen, Samsung’s director of product management. “We’re also making it easier for users to take better photos.” For example, its shot suggestion features offer professional guidance for stunning pictures (tech that is based on the analysis of over 100 million photos). The scene optimizer identifies the subject of an image (a plate of food, dogs, even shoes) and automatically adjusts settings (like exposure, contrast and saturation) for the perfect photo. The result is an image that’s ready to upload straight to Insta without any further editing (for real).

When Barré is using his phone to take photos, he always reminds himself of one thing: get in close. This way, he’s capturing detail that he might otherwise overlook. For example, shoot a dish of food from overhead, but feel free to cut off part of the plate to fill the entire frame with food. “We try to show too much and then show nothing at all,” he says. “But you can get really professional looking images when you get in tight [to your subject]—even when shooting people.”

4. Natural light is your BFF

It’s no secret that taking a photo in daylight is just better. “Get by a window and you’ll get some of the most beautiful photos,” says Barré.

And if you’re outside, do not take a photo with the sun glaring behind you, explains Barré. This will just result in a flat photo—almost as if you used the flash. “Get the interesting light coming from the side or behind your subject,” he adds. “That will create light and shadow, and that’s what creates an interesting, dynamic photo.” He recommends getting the subject of the photo you want to snap stand under a roof or an overhang so that the sun isn’t shining directly on their face.

But if you just need to get a pic in that glow-in-the-dark bowling alley, make sure you have a phone with a camera that can adapt—like the dual aperture feature on the Galaxy S10, which automatically adjusts to your setting and lets in more light when needed.