How Instagram is changing art, beauty, music and travel

The Instagram effect has moved far beyond fashion and into unexpected industries like art, music and travel. Here’s how we’ve all fallen under its influence. 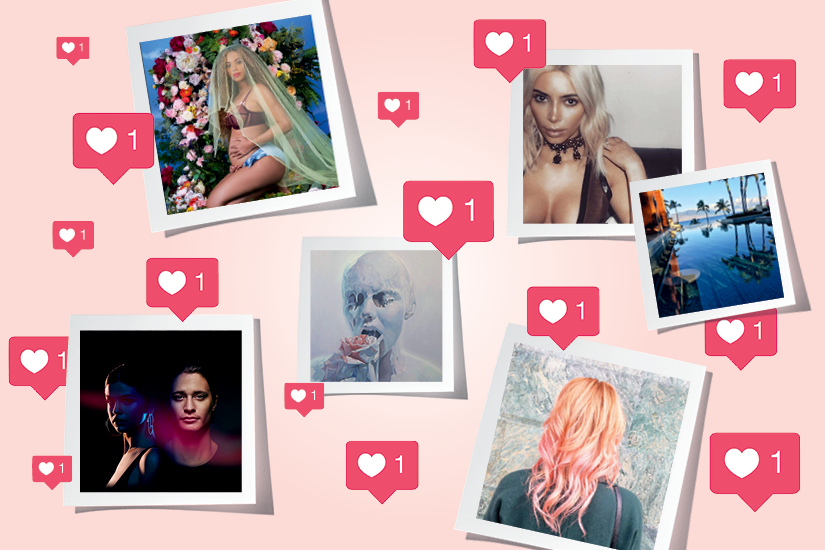 It’s the perfect envy-inducing vacation photo: You’re lounging poolside at the Four Seasons Resort in Maui, perfectly pedicured feet framed by the deep-blue Pacific Ocean, towering palm trees and the outline of a mountain in the distance. You post it to Instagram, tag it #FourSeasons and #paradise and recline in your lounge chair. Not long after the likes start rolling in, a waiter arrives at your side with your favourite cocktail – on the house. “Thanks for the Instagram share; we noticed you like mai tais,” says a note from management. Naturally, you snap a photo of the drink, tag it #wow #thanks #FourSeasons and hit share again.

Unless you’ve been on a seven-year social-media detox or in a full-on Cast Away situ, you’re probably well aware that Instagram has become one of the world’s most powerful social-media platforms. (And not just because of free cocktails.) The app clocks 600 million active monthly users and 400 million daily active users and generates 4.2 billion “likes” a day. The concept is deceivingly simple: Take photos and videos, filter them (or not) and share them with your followers. Maybe throw in a few clever emojis and hashtags. “It’s where people, no matter what language they speak or where they live, can strengthen relationships through shared experiences,” says a spokesperson for Instagram.

Don’t let that fool you into thinking the app is a superficial stream of avocado toast and suspiciously #unedited tiny waists. Just as Twitter has become the first stop for breaking news and Facebook the hub for live video, the platform has changed the way we think and behave – and no corner of culture is untouched.

Its impact on the fashion and lifestyle industries is well documented. Without Instagram, many full-time “influencers” – that’s social-media speak for people with followers numbering in the thousands – would still be hobbyists, Grumpy Cat would be left to enjoy his misanthropy in peace, lattes would never be sacrificed to get that perfect flat-lay shot and we’d go days without knowing what OOTD fashion bloggers are wearing. Less examined is how it has changed the way we travel, the songs we listen to, how we wear our hair and the art we buy.

Ivan Alifan (centre) and some of his work

The star-making Cinderella narrative is part of the draw of Insta, as is the control you have over your own product and, by extension, feed. “Ten years ago, young interior designers’ only avenue was to work for a really large brand or big-box store. You couldn’t have your own independent company or shop,” says Karen Kang, national director for the Interior Design Show. “Now, they can make a name for themselves early on and connect directly with customers. It gives them freedom to control their messaging and business.”

NYC-based Russian-Canadian artist Ivan Alifan is an example of this. The striking 27-year-old gained a 275,000-plus Instagram following with his series of “Not Milk” paintings. (Picture naked models covered in “milk.”) Last December, he took home the People’s Choice Award at Art Basel’s prestigious Bombay Sapphire Artisan Series competition thanks to his large following, who voted him into the finals to showcase alongside the best artists in the world. “Social media changed everything for artists; I believe the majority of art viewers are going to be seeing work digitally,” Alifan tells me while sipping a gin martini (Bombay, of course) in the Eden Roc Miami’s lobby bar. “I put a lot of effort into advertising myself online. Even if a lot of followers can’t afford my paintings, they can still afford a vote.”

The increase in the sale of contouring and eyebrow kits isn’t the only beauty-industry shakeup caused by Instagram. The platform has become the resumé of colourists and stylists. Photos of blond balayage on social media now influence potential clients more than expert recommendations, years of experience or salon pedigrees. To capitalize on this, some top salons will now track the location of natural light throughout the day and purchase special backdrops and beautifying ring lights to make sure they get the perfect post-appointment picture. Often this headshot ends up being more important than the actual hair. “I’ve literally had to learn to be a photographer,” says celebrity hairstylist and L’Oréal Professionnel ambassador Matthew Collins, who has a several-months-long waiting list for his colour services and sports a full beard and messy shoulder-length bob that gives Jared Leto’s famous hair a run for its money. “If you suck at taking photos, your work is going to look like shit.” On the other hand, according to Collins, Instagram-savvy young talent can make twice as much money as established hairdressers who don’t use the app. They simply market themselves with a few hashtags and the clients come to them.

Last year’s top five Instagram users included mega-pop stars Taylor Swift, Selena Gomez and Beyoncé. The more authentic a star appears, the more effective Instagram is as a medium for self-promotion. Last September, fans sat shotgun in Lady Gaga’s convertible as she jammed out to her new single, “Perfect Illusion,” and crammed handfuls of french fries into her mouth. Of course, the Little Monsters weren’t actually part of the scenario – but they felt like they were via a series of Instagram Stories. Charles Falzon, dean of the faculty of communication and design at Toronto’s Ryerson University, says it’s this perceived sense of intimacy, especially with celebs, that makes Insta so appealing. “You feel like you’re the only one that person’s talking to. You feel connected. It doesn’t matter that that person has half a million followers.”

Instagram calls its platform a “collective visual experience” and says a number of artists use it as a direct-to-fan promo tool – and it’s working. With the decline in popularity of music videos and the rise of streaming services, it looked like music was at risk of losing its long history of visual storytelling. But artists have embraced sharing video clips and announcing new albums or tours on the platform, often with striking visuals. Beyoncé used Instagram to announce her Lemonade album and video drop date as well as the news that she is pregnant with twins, which became the most liked photo in Instagram history with 10.7 million likes.

“With Instagram, everyone is an expert all of a sudden,” says Halla Rafati, managing partner at Halo Public Relations, which counts Four Seasons Toronto and Four Seasons New York Downtown as clients. The raven-haired power publicist is herself a prolific Instagram Stories user, never missing the chance to share her fabulous lifestyle, which includes Super Bowl parties with Busta Rhymes and cuddles with her adorable pint-size Morkie, Jordan. She has witnessed this shift first-hand. Travellers no longer book based simply on critics’ recommendations, traditional guidebooks or, God forbid, travel agents’ picks. Inspiration comes from Insta, in the form of hashtagged images from friends or influential accounts like Airbnb, where you can book directly from its feed. “Instagram is empowering,” says Falzon. “The person who is seeking feels that they are in control and they’re sleuthing their way through a wealth of information that’s now at their fingertips.”

Hotels have adapted to keep up with savvy travellers who now demand (often shareable) experiences and crave personalized treatment – a room with fancy linens and a sprawling bathtub isn’t enough anymore. Four Seasons caters to this movement with name-that-cocktail Instagram contests and by monitoring social-media accounts to surprise guests with individualized service. (See the aforementioned free mai tai or leaving balloons and a handwritten note in your room on your birthday.) Others, like the Ovolo 1888 Darling Harbour in Sydney (created “with Instagrammers in mind”), have live-stream wall displays of guest posts that tag the hotel.