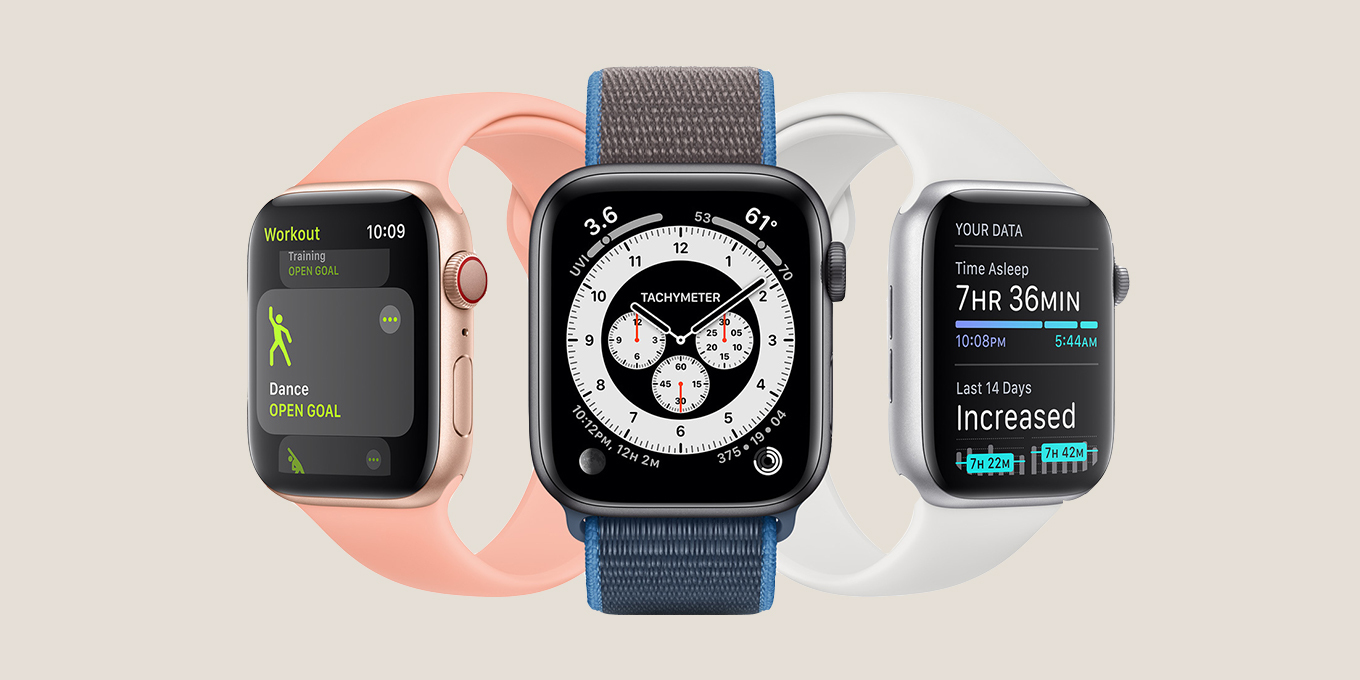 For the first time ever, Apple held its Worldwide Developers Conference (WWDC20) virtually. The annual event, traditionally held at Apple’s HQ in Cupertino, California, brings together developers and showcases the future of Apple’s operating systems: iOS, iPadOS, macOS, tvOS, and watchOS. While arguably not as flashy as the brand’s usually fall-timed unveiling of new devices, it’s a major event for Apple – and this year, thanks to a public stream of the keynote address, an insider look for consumers at the updates coming to their phones, laptops and watches. Missed the event? ELLE Canada (virtually) attended the conference. Here are the most exciting updates coming to the Apple Watch Series 3, Series 4 and Series 5 when watchOS 7 launches this fall.

The new Sleep app will help users create the ultimate pre-bedtime wind-down experience, automatically activating the do-not-disturb mode, opening a meditation app, darkening the screen or dimming the lights in your bedroom. When it’s time to wake up, you can choose a haptic (think: gentle buzzing) alarm, rather than a sound-based alarm – very pleasant.

For biohackers and those after a better night’s sleep (so, all of us?), there’s the new sleep tracking tool. Wear the Apple Watch to bed – it will prompt you if it’s sub-30 percent battery and needs to be charged pre-sleep – and it will track when you are sleeping and how much overall sleep you get by detecting micro-movements via the watch’s accelerometer, which signals respiration during sleep. In the morning, you’ll get a cool graph showing periods of wake and sleep, plus a weekly recap of your sleep trends. 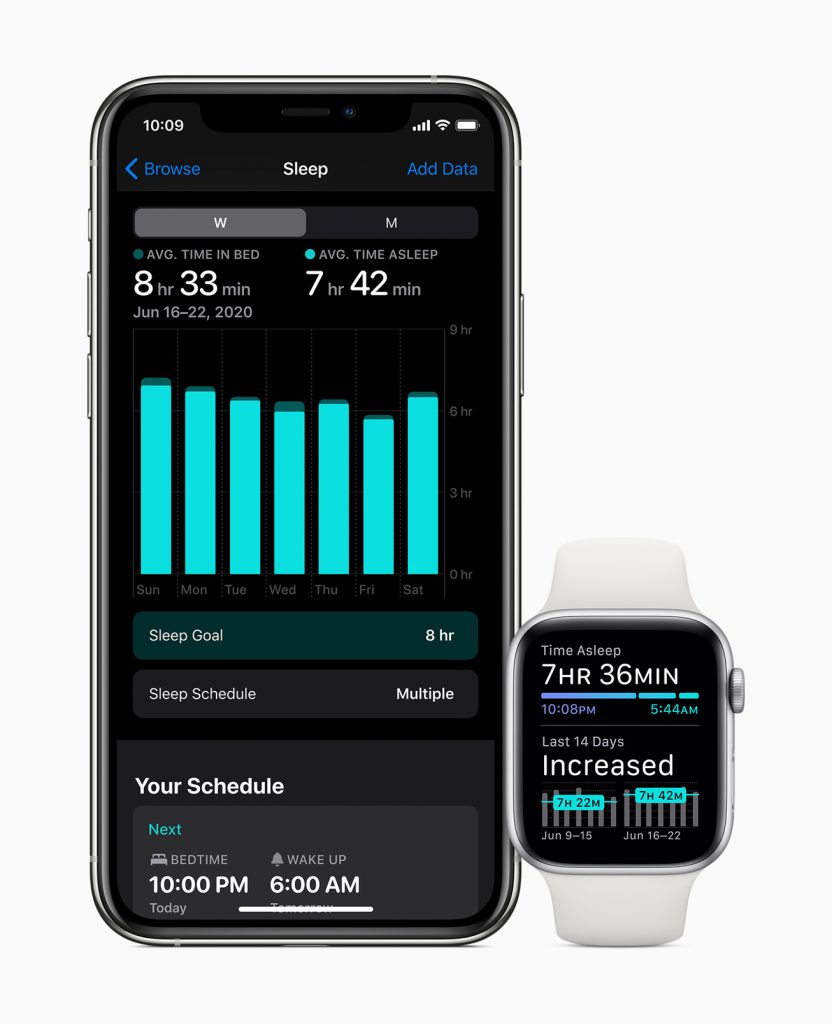 While it wasn’t created in response to the coronavirus pandemic, the launch of the automatic hand-washing reminder function is serendipitous. In what Apple says is a first-of-its-kind innovation for a wearable, the Watch will detect when you begin washing your hands and start a 20-second countdown timer. (Reminder: that’s the length of time you should be washing to prevent the spread of illness. Brush up on your technique here.) The Health app on iPhone will show stats on the overall frequency and duration of your hand washing, and reminders can be set up to prompt hand washing when you return home.

To get the algorithm for the Dance function, developers used Bollywood, cardio dance, hip-hop and Latin dance as their reference points. Think of Functional Strength Training like an F45 class: exercises that mimic everyday motions, like lifting or scooping, that aren’t weightlifting (there’s a separate function for that). 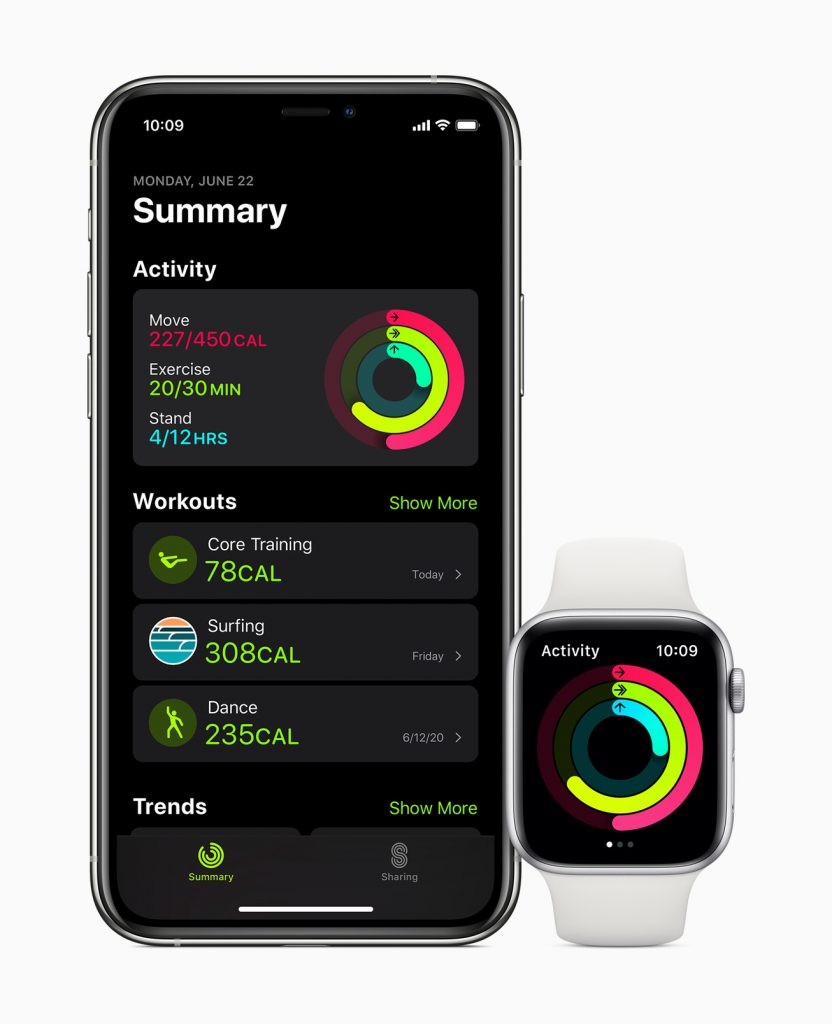 Finally: get cycling directions that take changes in elevation, barriers (like stairs) and available bike lanes into account. Sadly, no Canadian routes are available just yet. We will update this with information as it becomes available.