Why Women Do Most Of The Emotional Work In Relationships

Why women tend to carry the emotional weight in relationships —and what we can do about it. 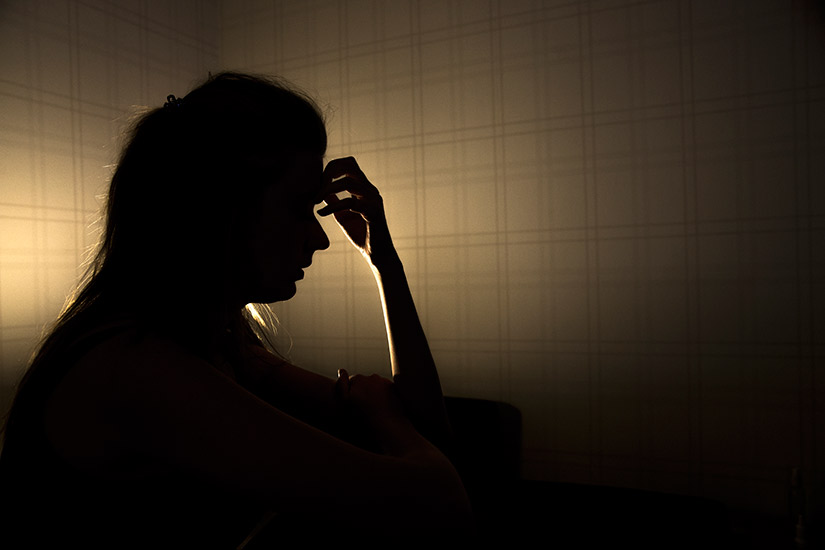 It took Kristine* about a year to realize that something in her seemingly idyllic relationship wasn’t quite right. She and her boyfriend had fallen for each other over long days spent road-tripping around Ontario. But, 10 months in, she started to notice some red flags in how he approached the necessary tasks that come with keeping a relationship on track. For one, he couldn’t plan ahead. “I rely on you to be my calendar,” he’d tell her when she would comment on his lack of initiative. And when it came to making dinners together, all the details were on her—from coming up with meals they both liked to picking up groceries to remembering to take the chicken out of the freezer in the morning. Her boyfriend also relied on her to spend hours dissecting his emotional state, insisting he wanted to deal with his increasingly serious depression on his own instead of going to a therapist. He would turn every conversation about their relationship, like whether or not they should move in together, into one about how discouraged he felt in his job or how he needed her help to get motivated. “I’d walk away and think, ‘He hijacked that a little bit,’” says Kristine. “I was eager to help, but I hadn’t noticed how much our dynamic had changed. It was way more draining on me than I realized.”

Sound familiar? Maybe you’ve had this type of exchange with a friend who asks what’s new and then dumps on you for eons over cappuccinos or   with the co-worker who uses you as an armchair therapist, venting until long after your other colleagues have gone home. Or perhaps your older brother always assumes you’ll remember to pick up Mom’s birthday present and organize her party. If it happens once or twice, you may not notice. It’s one thing for your best friend to make a conversation all about her the morning after a breakup, but when that kind of behaviour repeats itself over and over, it can start to wear on you.

There’s an actual term for this kind of mentally taxing feelings management: emotional labour. Coined in 1983 by sociologist Arlie Hochschild to describe jobs that require you to put your feelings aside to get the job done (think flight attendants, nurses and teachers), the term has gradually crossed over into our personal lives. Today, it’s often used to describe the quiet mental work required to keep a relationship or household humming—keeping track of when the laundry needs to be done or planning ahead to ensure your mother-in-law gets her birthday card in the mail on time. Some call it “the overhead of caring.”

Think of a flight attendant staying calm as a disgruntled passenger yells at her, or the way you continue to rub your partner’s back and offer conciliatory murmurs an hour into a rant about his or her boss, or even faking an orgasm to make your partner feel                better about his or her sexual performance. I’ve had partners say “All you have to do is ask” when I’ve expressed frustration over always being the one to remember when the dish soap is running low. But that’s the problem: Regularly having to delegate to someone with less initiative is exhausting. It’s not the act of buying the soap—it’s the stress of being the one who constantly has to think about it. And, spoiler alert, research tells us that this kind of work is still largely, and most effectively, done by women.

In fact, a Canadian study that analyzed the satisfaction of nearly 2,000 heterosexual couples in committed relationships, published this year in the Journal of Social and Personal Relationships, found that women putting in the work made for a happier relationship overall. But why should the onus be on us? Cultural expectations—you know, the anti­quated male-breadwinner and female­-homemaker roles we were assigned centuries ago—are in part to blame, says the study’s co­author Rebecca Horne, a University of Toronto psychology doctoral student in the Relationships and Well­-Being Lab. “Traditional gender norms frame women as nurturing and men as more independent and stoic.” Society and tradition have conditioned men and women to act this way, she adds, with little evidence to hold up the argument that women are just better, biologically, at feelings.

One thing is clear: This imbalance, no matter the type of relationship, can have consequences. Research is still evolving (as subjects go, emo­tional labour is relatively young) and results are mixed, but, according to a study in the Journal of Marriage and Family, couples with an equal division of housework (which is in­ extricably linked with the emotional labour that keeps a household running) report being more satisfied with their sex lives. There’s also anecdotal evidence that women who carry more of the emotional load are more likely to cheat on their partners out of resentment. Another study, done by researchers at the Australian National University and published in the Journal of Family Issues, looked at couples raising children and found that female partners who gave more than they received emotionally reported feeling less loved. “If a woman perceives herself to be doing more than her husband, then that does seem to have a more negative outcome,” says Horne. “So it really is about equity.”

Here’s another piece of this puzzle: Sometimes people don’t even know when they’re making you do all the emo­tional heavy lifting. Margeaux Feldman, a Toronto­-based writer and Ph.D. student, recalls being subjected to an avalanche of emotion from her roommate every time she asked him how his day went. “I wouldn’t realize until the next day that the reason I was feeling so awful was because we didn’t talk about me at all,” she says. She eventually started to dread coming home to play supporting character to whatever drama was going on in his life. “It’s weird to have a conversation about emotional labour because you tend to fall into certain routines after time,” agrees Horne. “Sometimes you don’t really realize you have competing goals or expectations until you’re in a conflict scenario.”

So how do we break the cycle? First, consider whether you’re giving more than you’re getting—and if it both­ers you. For some, reducing emotion work means losing a sense of purpose that comes with caring for others. If you find yourself complaining about making your partner’s lunch but you won’t stop doing it because you think “I can do it better if I just do it myself” or you get a spark of satisfaction from this gesture, consider whether there’s another way he or she could help pick up the slack.

“One of the ways I get people to think about emotional labour is to consider their personal resources—we only have so many resources available to us in a given week,” says Christopher Shillington, a psychotherapist and clin­ical director of the Umbrella Mental Health Network in Toronto. And once they’re gone, you’re tapped. After a tiring week at work managing your boss’s frustrations, researching itinerary options for your upcoming romantic vacation and coordinating a baby shower for your sis­ter, maybe you just don’t have the emotional capacity to spend Sunday brunch listening to your friend complain about how stressed she is that her in­-laws are coming to town. And that’s okay.

Often, resolving the problem is as easy as saying some­ thing—gently. “Frame it in a way that’s not all about as­serting boundaries for yourself but about asking your loved one what their boundaries are,” says Shillington. When Feldman and her roomie hashed it out, he surprised her by telling her she was right. “He realized he needed more support in his life beyond just me,” she says.

As for Kristine, after months of enduring her boyfriend saying he didn’t have the capacity to schedule plans, pick up groceries once in a while or ask her how she was feeling once he’d unloaded on her, she decided enough was enough. They broke up, and now he’s on a waiting list to see a therapist. For her part, in her next relationship, she plans to take note of these imbalances earlier. “We all have our strengths. Some people are more organized, and some people can’t cook,” she says. “In a perfect world, it would be finding each other’s interests and building off that and setting boundaries. It’s hard to stop and think about it when things are going so great, but you have to.”