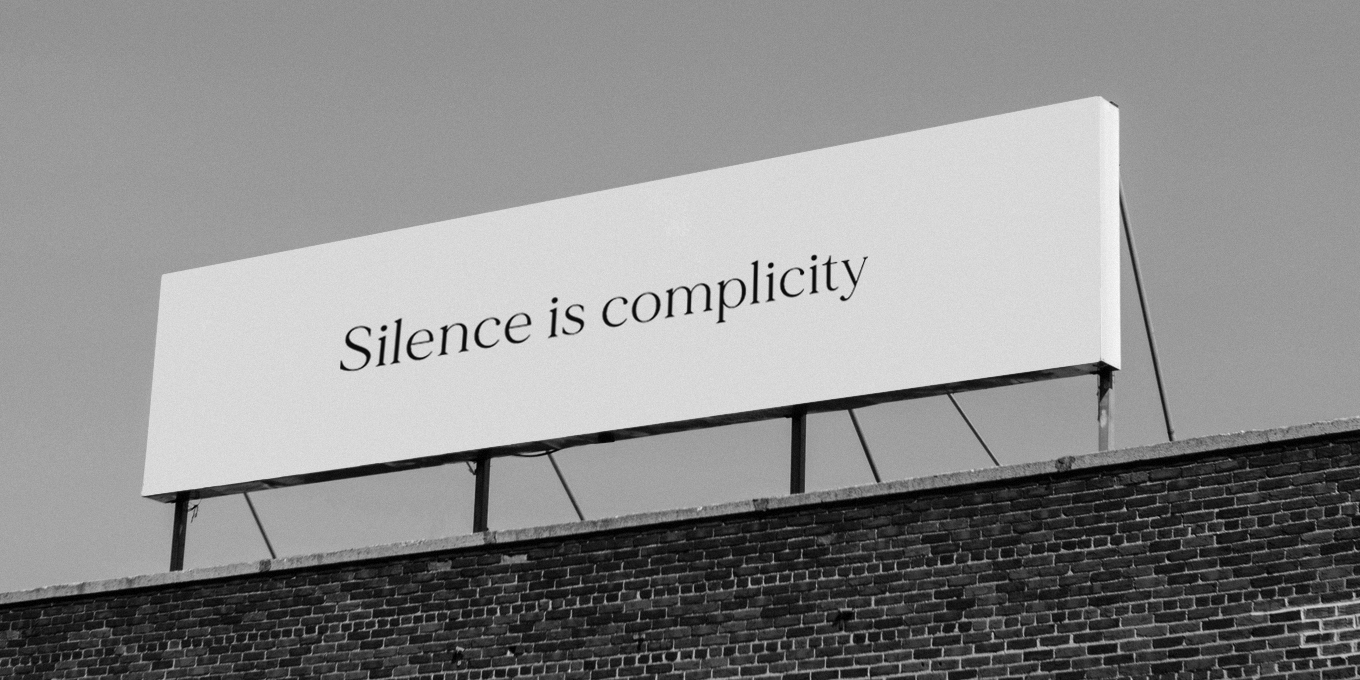 Last week, as Minneapolis police officer Derek Chauvin ground his knee into George Floyd’s neck, three other officers – silent accomplices to murder – stood by and watched as his body went limp. As the video of George’s murder spread across every media platform, the collective wounds of Black trauma were reopened; wounds which have been left to fester for far too long; wounds which will never start to heal unless those with privilege and power start caring less about being uncomfortable and more about human decency and dignity.

Many white people have been genuinely outraged by this crime. “How can this happen?” they ask. The ugly truth is that it happened because it has been allowed to happen over and over and over before. Every time you chuckled when a colleague made an off-colour joke; every time you followed a Black person around a store; every time your heart broke at the news of racial injustice but you did nothing, you made space for this to happen.

“Every time your heart broke at the news of racial injustice but you did nothing, you made space for this to happen.”

George Floyd’s murder was not an isolated horror – and it was certainly not only an American tragedy. In December 2016, Dafonte Miller was beaten so badly with a metal pipe by a white off-duty officer and his brother, he ruptured an eye. Two weeks ago, a Canadian woman living in New York weaponized her whiteness and called the police on a Black man who asked her to put her dog on a leash. Last week, Regis Korchinski-Paquet, a Black and Indigenous woman, fell from her 24th floor balcony after the Toronto police showed up. Black people around the globe have been choking under the grip of racism for centuries, murdered by the police brutality and systemic oppression that are facilitated by white silence.

As anger around George Floyd’s murder spilled out of Minneapolis onto streets across the U.S. and over the border, and fury swept across social media, some people were conspicuously silent. When a popular white blogger I follow posted a picture of her latest Louis Vuitton purse to Instagram instead of using her huge platform to speak out against George Floyd’s murder, I commented and shared my disappointment that she had failed to take a stance against racism. One of her white followers offered: “Bad things happen every day, all over the world.” This is true – bad things do happen every day. But why when an injustice toward the Black community is acknowledged is there a need for an immediate defensive mechanism? Despite being traumatized and emotionally depleted after days of anxiety-ridden sleep and sudden outbursts of tears, I had to explain, yet again, how white people everywhere directly benefit from systems designed to keep Black people oppressed, and that it is their duty to use their privilege and platforms to openly condemn racism and amplify Black voices.

This exchange is a microcosm of what I experience every single day as a Black person, like when a colleague tells me in reaction to George’s murder: “It’s very sad but there’s nothing we can do.” (Of course there are things you can do. You can donate to organizations supporting Black people, for example.) Or when I have to explain to Facebook friends why all lives can’t matter if Black lives don’t matter. It is compounded trauma met with ruthless indifference; indifference that the white majority has been using for far too long to absolve themselves of their guilt; indifference that continues to oil the machine of white supremacy and that enables heinous acts of violence against Black bodies; indifference that allows Black men and women to die without consequence in the street at the hands of those who are supposed to protect them. It is that indifference that normalizes the callous theft of Black lives.

“If you are not speaking out, you are complicit in the system of oppression.”

I imagine that blogger, like many white people, doesn’t believe she is racist. But every white person must know this: whether you like it or not, if you are not speaking out, you are complicit in the system of oppression. Black people are no longer accepting thoughts and prayers and love and light. We don’t need your virtual hugs or heart emojis. We will no longer be reduced to hashtags and viral videos. What is required – and what is long overdue – is for white people to start having uncomfortable conversations with and amongst themselves. For white people to take personal accountability for how they continue to perpetuate racism at every level of society. And most importantly, to educate themselves on how to be vocally and effectively anti-racist then take that knowledge and apply it every single day. If you don’t know where to start, use Google. There’s a wealth of resources available, all you have to do is look.

You must do the work. Because Black people are tired; tired of nursing the same old wounds; tired of carrying the load of dismantling a system that perpetually keeps us oppressed. It’s time for white people to stop putting their own feelings ahead of Black lives. White silence is complicity, it is violence, it is one of the most powerful weapons in the arsenal of racism and oppression – and it is no longer tolerable. This is a time of reckoning for us all. Silence will no longer do. And to those who remain silent, we hear you.

“We have to be able to have difficult conversations with each other”: Kerry Washington and Reese Witherspoon Talk Little Fires Everywhere