The justice system is in desperate need of reform, but the media industry must also reckon with its role in systemic racism. 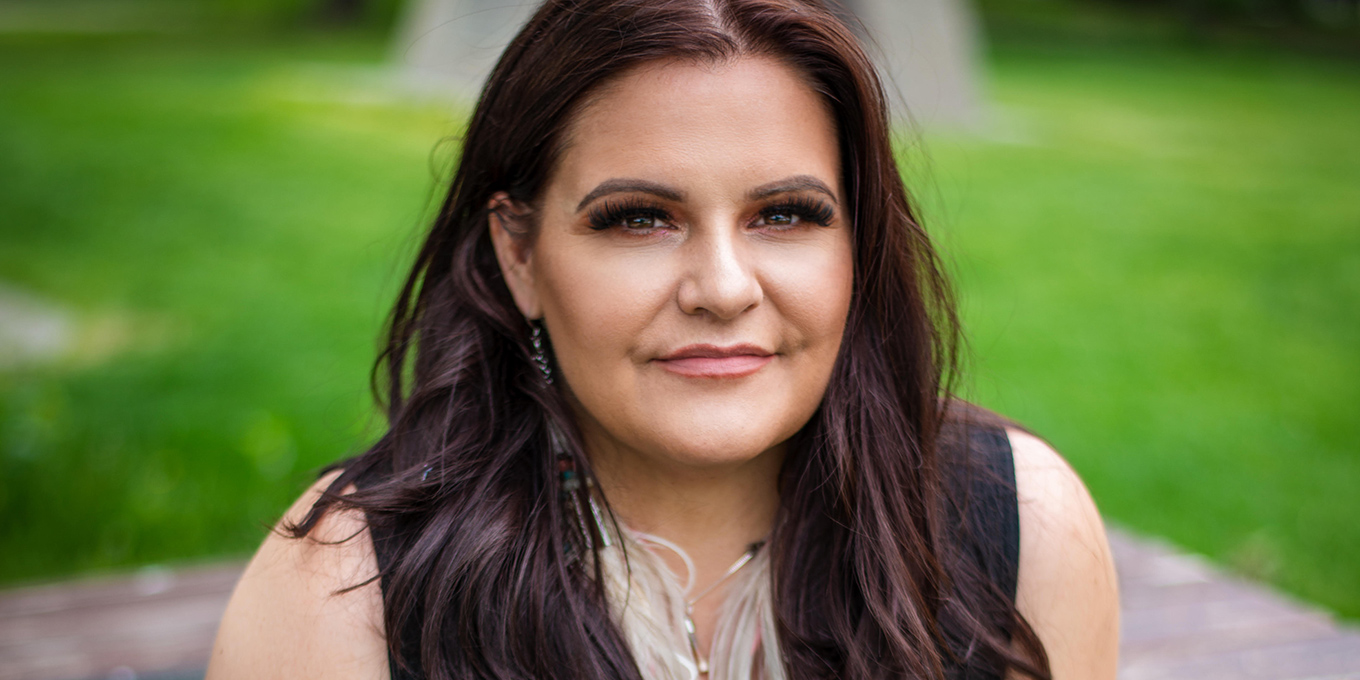 Minorities in Canada are dying from racism every day. In fact, the stats would shock most people if they took the time to look – maybe even as much as watching George Floyd being murdered by the police in Minneapolis.

But though people have taken to the streets in protest in a global uprising against injustice, Canadian media has scrambled to catch up with the motive behind the murders of George Floyd, Chantal Moore and Rodney Levi (both First Nations, both shot dead by police in New Brunswick just over a week apart in mid-June) and Eisha Hudson, who, at just 16 years old, was one of three Indigenous people shot by Winnipeg police in April alone.

Systemic racism is what made these murders possible, as well as the numberless killings that date back to the birth of the Canadian nation. Yet, in 2020, mostly white voices continue to dominate our TV screens, debating the value of the lives of millions of Black, Indigenous and people of colour (BIPOC), and mostly white journalists interpret our stories, writing headlines that dare to question whether racism exists in this country. Even when mainstream media appears to do its part to include more BIPOC voices, there’s rarely an attempt to share the humanity behind BIPOC issues once the “diverse story of the day” is published. Diverse communities are instead portrayed through the lens of whiteness using damaging stereotypes about who we are.

“Mostly white voices continue to dominate our TV screens, debating the value of the lives of millions of Black, Indigenous and people of colour. ”

As a journalist of Cree, Iroquois and French descent, I’ve been telling the stories of Indigenous Peoples in Canada for 10 years, reporting from the front lines of an ongoing war within my own country, juggling multiple freelance jobs to try to reveal how bad things really are for the oppressed and convey the indisputable fact that the basic human rights of Indigenous Peoples are continually violated in my home and native land. I’ve written about the lack of access to clean drinking water; about a lack of healthcare; about how Canadian prisons are overflowing with Indigenous Peoples who have been smothered by a broken justice system; about residential-school survivors; about the Sixties Scoop survivors and its modern-day continuation via Indigenous children in foster care, who make up 52.2 percent of children in care in Canada but only account for 7.7 percent of the child population. I’ve written about intergenerational trauma from colonization; about suicides and land claims; about poverty, violence and the genocidal crisis of missing and murdered Indigenous women and girls. I could go on, but it’s a glimpse into the harsh reality of the injustice Indigenous Peoples are burdened with, atrocities that the majority of Canadians seem unaware of – proof that these issues aren’t getting the attention they deserve.

The stories I strive to bring to the forefront are rich in diversity because there are over 630 distinct and sovereign First Nation communities, multiple Metis nations and thousands of Inuit to cover. But the baseline that runs through most of those stories is oppression, inequality and human and environmental rights violations. Stories of violence are the norm because the Canadian government’s war against Indigenous Peoples rages on. Anyone who doubts this should remember that Canada is a colonial state that was designed to subjugate my Indigenous ancestors and still operates upon the founding principles that systematically mistreat people who aren’t in the white mainstream seat of power.

Take for instance the Indian Act – a racist, paternalistic, oppressive policy that’s still in effect. Brought into law by the Dominion of Canada in 1876 with the sole purpose of assimilating First Nations people, the Indian Act gives the Canadian government control over every aspect of the lives of those who live on reserves. The policy still dictates the social, political, economic, spiritual and physical lives of First Nations today.

“There’s rarely an attempt to share the humanity behind BIPOC issues once the 'diverse story of the day' is published.”

Of course, there are also stories of ingenuity, resilience, culture and rich traditions of our people to tell. There are stories of tribal matriarchs who are reclaiming their rightful place in their communities after European patriarchal beliefs tried to push them underground; there are young people hungry to learn the almost extinct Indigenous languages of their grandparents; there are formerly displaced nations powerfully reconnecting with the ancient homelands where the spirits of their ancestors still walk. There are stories of Indigenous Peoples adapting and rising up in the white world to become doctors, lawyers, engineers, athletes, artists and fashion designers, smashing the boundaries of the status quo. Every story of resistance and survival in a system that’s designed to make BIPOC lower than colonial society is one of epic triumph. Every story shows that Indigenous Peoples are in a constant state of surviving modern-day colonialism. Mainstream media provides glimpses of BIPOC lives, but it’s almost like looking through a peephole, straining to see the whole picture that’s being boxed out.

I was recently interviewed by an online outlet about my work. The reporter emailed me before publishing the piece to confirm my professional title. When I read what the reporter had written, I did a mental facepalm: “Brandi Morin, journalist and activist.”

For a second, I was confused by this seemingly subtle symptom of systemic racism – even though this wasn’t the first time someone had mistaken my journalism for activism. After all, I have won an award for reporting on human rights in Canada: Is that what makes me seem like an activist? Or is the implication that I’m biased and unable to report objectively because I’m Indigenous?

After doing a live hit on national TV earlier that day, confirming the existence of systemic racism in Canada for what seemed like the 100th time, I called up my former boss at the Aboriginal Peoples Television Network, Karyn Pugliese. She’d just returned from completing a Nieman fellowship at Harvard University and, after 20 award-winning years of journalism experience, is an associate professor at Ryerson University and the current president of the Canadian Association of Journalists. A powerhouse with opinions of her own and a member of the Algonquin First Nation of Pikwàkanagàn, she has helped pave the way for countless Indigenous journalists in our whitewashed industry. 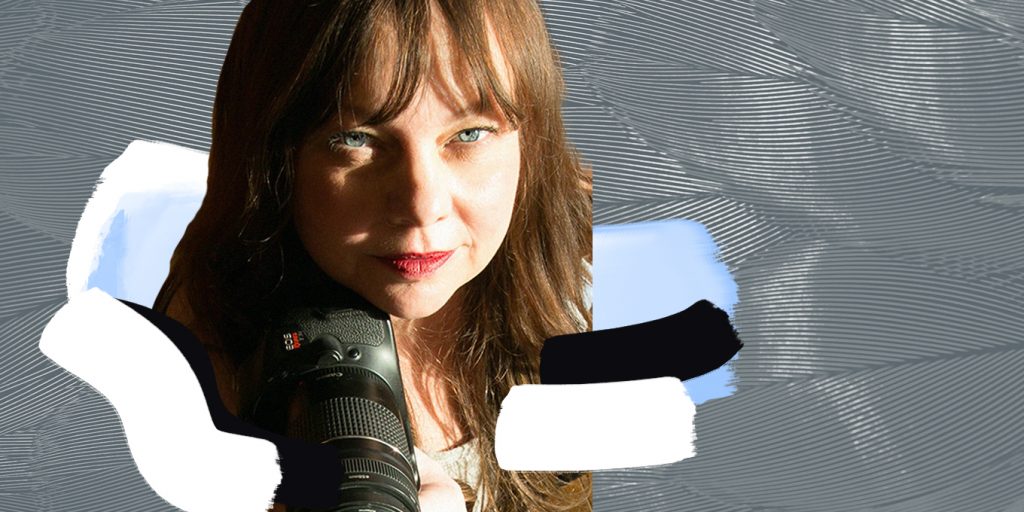 When she’s slated as an activist, her temperature rises a bit, she says. But she takes pity on the journalists because, she says, it’s not necessarily their fault. “The system has taught them to think that way,” she explains. “If you’re an Indigenous person quoting facts on an Indigenous story, you must be some sort of activist. But if you were a white girl saying the same thing, it would be taken as facts. That delegitimizes you as a journalist.”

BIPOC journalists are expected to be impartial – like their white peers supposedly are – and follow the basic ethics of journalism; however, the underpinning of mainstream media is biased towards whiteness, and because that prejudice is embedded in society at large, it’s considered acceptable. (Wrap your head around that one.)

“If you’re an Indigenous person quoting facts on an Indigenous story, you must be some sort of activist. But if you were a white girl saying the same thing, it would be taken as facts.”

But what the issue really comes down to is ignorance. “We (BIPOC) and white society have two completely different world views,” says Pugliese. “We have two different ways of understanding Canada and Canadian history.” (Did they teach you in high school history, for instance, that the RCMP was first established to clear the plains and seize the lands of my ancestors to make room for the settlers? No, because systemic racism relies on the education system to share only the story of the dominant culture.)

Though the problem of systemic racism is complex and insidious, one of the solutions, she says, is clear: Media organizations must create more space for BIPOC journalists, producers, editors and managers instead of continually legitimizing the racist and flawed colonial agenda.

“There needs to be BIPOC decision makers, influencing and bringing different views into the newsroom – bringing the stories and facts that are maybe a bit hard for mainstream to get – because no one else is telling these stories,” says Pugliese.

If the media doesn’t get its act together to showcase more BIPOC stories with honesty and humanity, more lives will be lost and crowds will continue spilling out into the streets in protest until the deafening calls for justice are acted upon. The revolution happening around justice reform is long overdue, but if we are going to work towards truly uprooting systemic racism, the media, which plays a huge role in documenting and influencing this revolution, must be held to account as well. A pattern of ignorance, indifference, denial and defensiveness has led us on this path to disaster, but we can choose a different way forward: We can help solve the plague of racism simply by bringing authentic voices of BIPOC to mainstream culture. I think the world is ready for us.