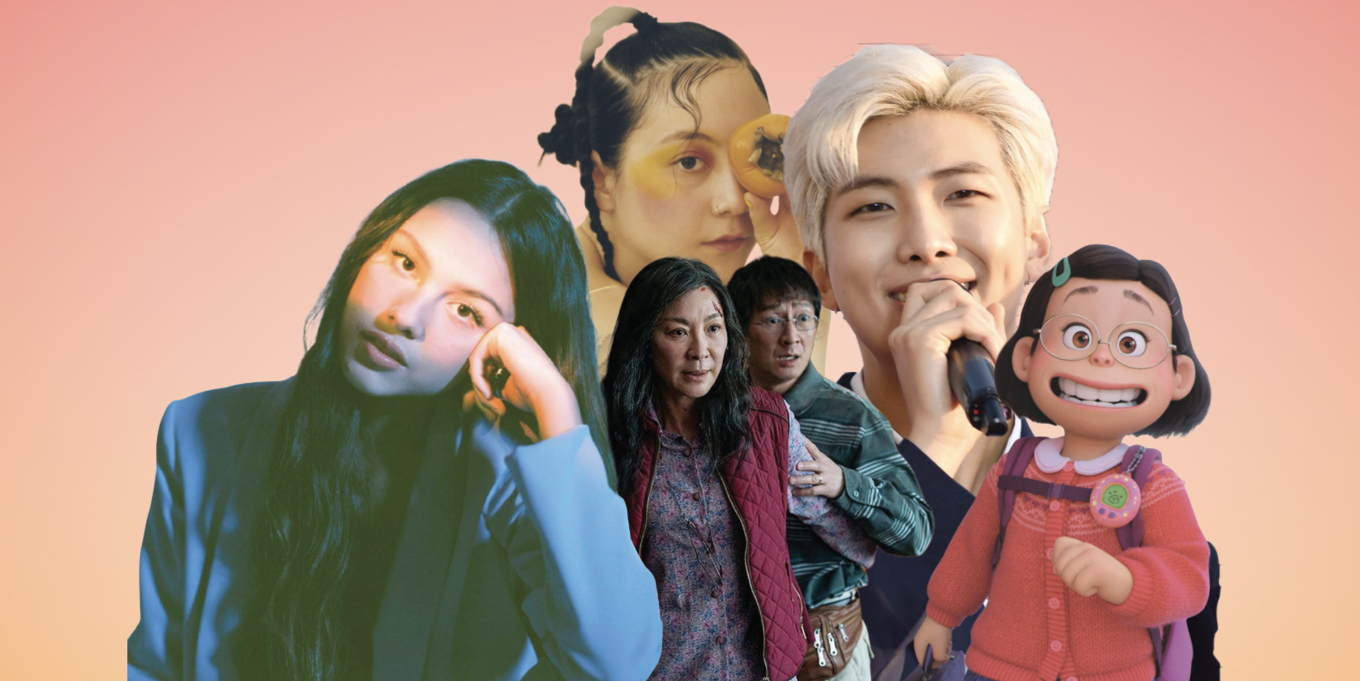 I was 10 when Asian Heritage Month was declared 20 years ago by the Canadian government. At that age, I was aware that no one in movies, TV or magazines had my tan skin, black hair and almond-shaped eyes. I accepted it was normal that people would not care about our stories in mainstream media. It was only until I learned about Asian Heritage Month in high school that I began to think differently about my place in the world.

Today, at 30-years-old, I can’t help but notice that people, businesses and organizations are making more of an effort to pay attention to us. While all of this makes me happy, the cynical part of me wonders if this has something to do with the rise of anti-Asian racism we’ve seen during the pandemic.

2022 seemed like a banner year for Asian representation. In movies, we saw the release of the first Disney Pixar film to centre around an Asian-Canadian teenager in Turning Red, and legendary actress Michelle Yeoh getting her Hollywood leading role in Everything Everywhere All at Once. At this year’s Grammy Awards, artists like BTS, Japanese Breakfast, Olivia Rodrigo, Silk Sonic and H.E.R. were nominated for awards, with the latter three winning in their categories.  Beyond the entertainment industry, businesses and brands are making more effort to include us.  This past weekend, I walked into a Nordstrom Rack to see a sign marking Asian Heritage Month, committing to change when it comes to diversity, inclusion and belonging at the company.

Seeing these efforts, I’m extremely proud that Asians are starting to be taken more seriously for their work. Yet, I struggle knowing it’s compounded by the rise of anti-Asian racism happening across North America. I’m learning representation and diversity commitments are simply not enough when my community continues to get hurt.

This past week, we heard news of two mass shootings that are now being investigated as hate crimes towards communities of colour. On Wednesday, three Korean women were shot in a Dallas hair salon, thankfully, with non-life threatening injuries. It was a stark reminder of the shootings we heard about last March in three Atlanta spas where a gunman killed eight people, six of them Asian women. On Saturday, 10 were killed at a grocery store in a predominantly Black neighbourhood in Buffalo, N.Y., with police calling it a racist hate crime.

In Canada, anti-Asian racism has been on the rise. According to data collected by the Chinese Canadian National Council for Social Justice and Project 1907, a total of 943 reports of anti-Asian racism were received in online platforms in 2021, marking a 47 per cent increase from the previous year. Those who were impacted most were women, and reports of assault such as being coughed on or spat on also increased by 42 percent in the last year.

As an Asian woman, I’ve become increasingly paranoid. I walk around with keys between my fingers in case someone randomly decides to hurt me on the street. After hearing about the death of Michelle Go, a woman pushed onto the subway tracks in New York this past February, I now take extra precautions when I commute to work on the subway. I put my back against the wall before the train arrives, just in case.

“As an Asian woman, I’ve become increasingly paranoid. I walk around with keys between my fingers in case someone randomly decides to hurt me on the street.”

Despite my precautions, I feel extremely lucky to not have been subject to serious harm over the past two years. But last fall, I still became a target.

In September, I was waiting in line with a friend outside a cafe in downtown Toronto to attend a fan event for the K-pop group BTS. The event was attended mostly by young Asian women, and we were standing along Yonge Street, a popular route for those protesting against COVID-19 measures such as vaccines and masking during the pandemic.

While waiting, we began to hear chants and a loud speakerphone in the distance. We looked up and saw people carrying signs saying “Hugs not Masks” and “Freedom not Fear.” As they got closer, a girl in line shouted for them to “Shut up and go home!” Seeing that we were a group of Asian women, two protesters came up and told us to “Go back to China!”, then proceeded to walk closer while recording a video of us on his phone.

Angered, I took out my phone and recorded him back, then tweeted about the incident. As much as I wanted to yell back at him, I stopped short in fear of getting physically harmed. It dawned on me that a fan event for my favourite artist could not even be a safe place for us.

When I think about how companies are marking Asian Heritage Month with diversity initiatives and celebrations, I worry that this conversation about representation is distracting us from truly addressing the pain and suffering our community continues to experience with the rise of anti-Asian racism. How can we celebrate, when we’re still made to feel excluded?

“Now more than ever, this month is an opportunity to have deeper conversations about our history and our place in this country.”

Anti-Asian racism goes way beyond the COVID-19 pandemic.  It took me into my 20s to learn that those of Chinese descent could not even become Canadian citizens prior to 1947, due to the Chinese Exclusion Act in 1923 which banned most forms of Chinese immigration to Canada.

It was only through this history that I learned about Jean Lumb. In the 1950s, she played a huge role in challenging immigration laws that affected her community, and helped reunify separated families. She became the first Chinese-Canadian to receive the Order of Canada in 1976.

As a Chinese-Canadian, I feel ashamed that it took me this long to learn about Lumb’s work.

Considering how long it took me to educate myself, I wonder how much people know about the history of anti-Asian racism in Canada, and why marking Asian Heritage Month is important. It’s about celebrating and honouring people like Jean Lumb who have helped give us a better life in this country.

Thinking about this banner year  when it comes to Asian representation, I believe we can use it as a starting point to open up the conversation around anti-Asian racism. It’s simply not enough to check off diversity boxes and make commitments to include Asian people in our work and stories. When celebrating Asian Heritage Month this May, remember to cover stories about us equally and fairly, call out racism as you see it, and celebrate and honour us every month—365 days a year.