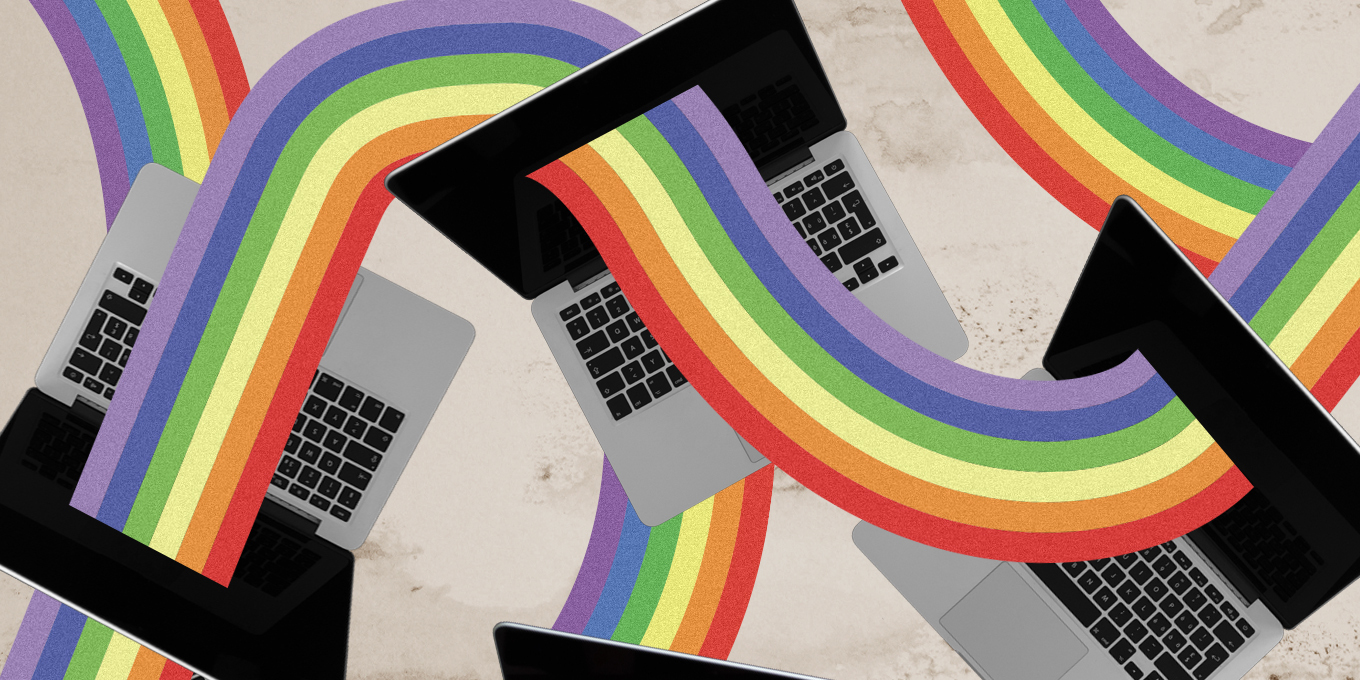 Pride Month events, like every other event scheduled during the pandemic, have been modified this year. The good news: you can still take part in traditional Pride events (yes, even the parade) online. Here are a few of the online celebrations taking place this month.

On June 14, you can join Toronto drag queens Miss Fiercalicious and Sofonda Cox for a virtual brunch hosted by SodaStream. The queens will also be launching their “For The Love Of Tomorrow” pride kits (including a reusable SodaStream bottle, straw and bag), with proceeds going to Pflag Canada – an organization offering peer-to-peer support for those dealing with issues of sexual orientation, gender identity and gender expression. Tune in at 11 a.m. on  SodaStream Canada’s Instagram page for the live event.

Canada’s largest pride parade will be happening online on Sunday, June 28 at 2 p.m. with details of performances and speakers to be announced. Find more details on the Toronto Pride Parade and Toronto Pride weekend here and register for the parade here.

If you have not been to Club Q on Zoom yet during quarantine, there is no better time to try it out than during Pride Month (and there are no lines!). On June 1, Club Quarantine organizers announced that their nightly club events during Pride Month will feature a slew of impressive DJs and performers – but you’ll have to tune in to find out who they are. Follow them on Instagram to retrieve the Zoom codes.

If you want to celebrate Pride Month on an international scale, check out Global Pride on June 27. Performers announced thus far include the Dixie Chicks, Olivia Newton John and Ava Max, with more to come. The 24-hour live streamed event will take place on Saturday, June 27.

Toronto Pride’s annual street fair has taken to the internet this year, with tons of vendors lined up as part of the virtual market. Peruse the selection of apparel, food & drink, homeware and more and support LGBT2Q+ businesses.

Virtual clubbing initiative Club House, which began at the onset of COVID-19, has turned into an ongoing celebration of club music whilst supporting DJs and the nightlife industry during these difficult economic times. On Saturday, June 20, you can join in to a special Pride Club House,  co-hosted by Laverne Cox and featuring a set from Toronto-based club favourites, Yes Yes Y’all. DJ sets will begin at 5 p.m. EST.