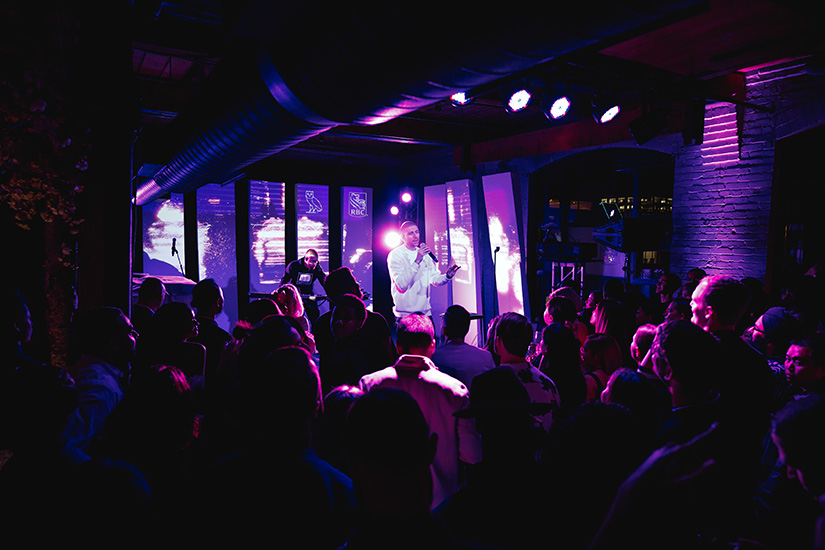 It’s the most wonderful time of the year (for Toronto, anyway). The Toronto International Film Festival kicked off last night with OVO’s opening night party at the RBC House.

During TIFF, the RBC House is one of the city’s busiest spots – a veritable celebrity hub and place to see and be seen. Guests and performers alike turned out – in head-to-toe OVO, obviously – and OVO co-founder Oliver El-Khatib presided over the night as MC.

Last night was also a celebration of RBC’s partnership with the sound label, dedicated to supporting the next generation of Canadian creatives and entrepreneurs. This is familiar territory for RBC, who has been a staunch supporter of the creative arts for years – they were also the ones behind last month’s OVO Fest, which saw Drake bring guests like Cardi B, Megan Thee Stallion and Meek Mill.

After Majid Jordan got the champagne-fueled crowd going with performances of some of their biggest tracks like Gave Your Love Away, Her and One I Want, El-Khatib and eTalk’s Tyrone Edwards hit the stage to keep the energy going with a hype DJ set.

Get an inside look at the invite-only event below: