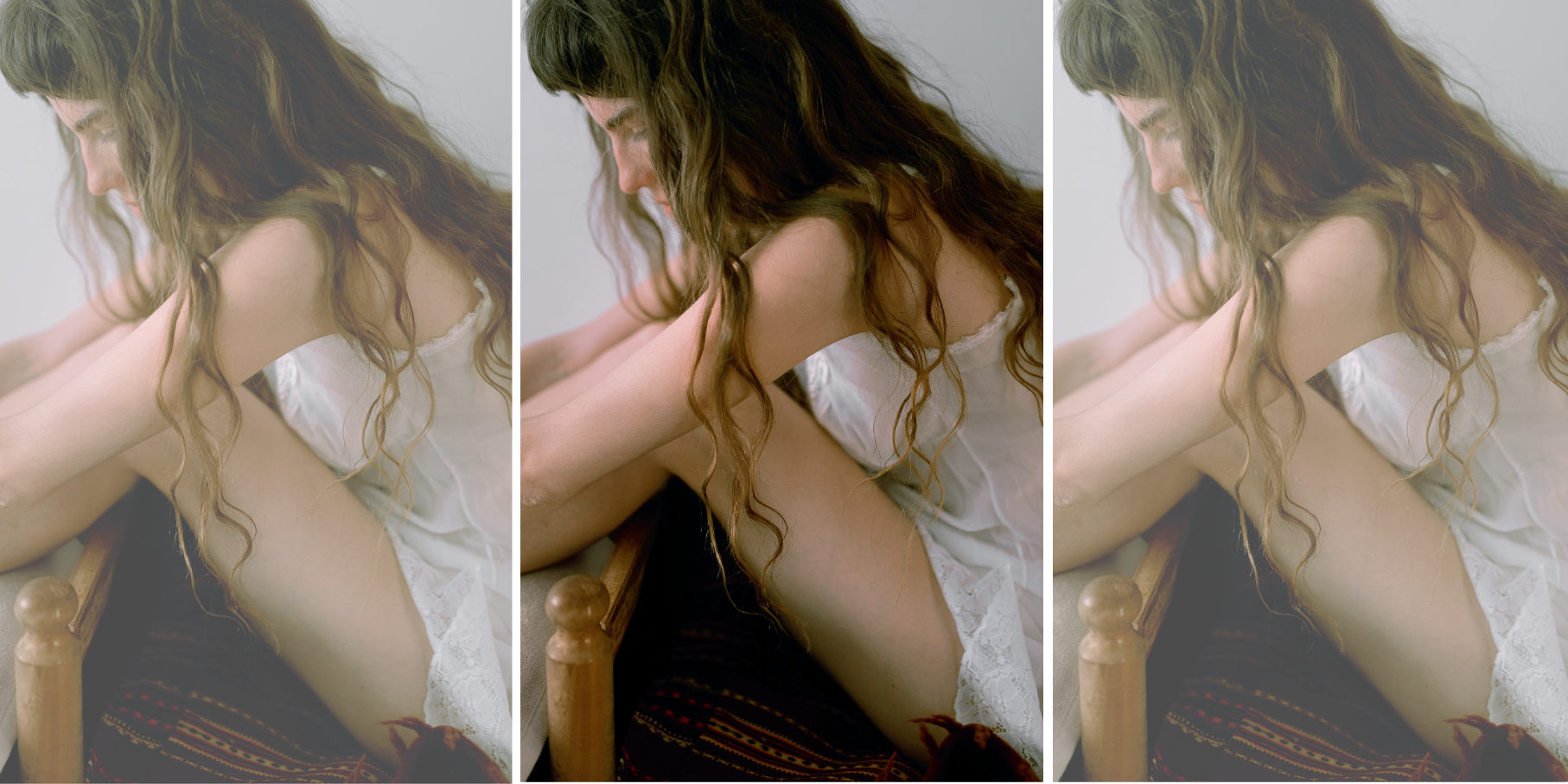 Last June, after the U.S. Supreme Court overturned the landmark 1973 Roe v. Wade ruling, which gave Americans the fundamental right to choose to have an abortion, anxiety, fear and anger increased proportionally throughout the country. The sentiment was understandably echoed on this side of the border too. A loud cry rang out, commensurate to the gut punch delivered by this gigantic step backwards for reproductive rights, which was spurred by an anti-abortion movement that deigns to call itself “pro-life.” However, the “at-least-we’re-not-the-States” attitude often blinds Canadians to our own widespread problems regarding abortion. “You can hold two [opinions] at once—you can both have empathy, support and outrage for [our] colleagues in the U.S. and also say ‘We actually have [access] issues,’” says Dr. Geneviève Bois, a family doctor who splits her time working between Montreal and Whapmagoostui in northern Quebec.

As in the U.S., access to abortion here is continually morphing, with steps forward often followed by stumbles back and barriers to progress. For example, in 2015, medical abortion via the pill combination of mifepristone and misoprostol—used to terminate pregnancies at up to 10 weeks—became legal in Canada and was seen as a step toward improving access. However, it didn’t arrive in the hands of prescribing doctors until 2017 and it’s still mired in education and availability barriers. The view of the situation also gets less rosy if we look at our elected officials. According to the Abortion Rights Coalition of Canada, of the country’s 337 MPs, 86 are publicly anti-choice in some way, meaning more than a quarter of our federal representatives have voted against abortion in a bill or motion, made open statements on the subject, participated in campaigns and events or opposed the Order of Canada’s 2008 inclusion of Dr. Henry Morgentaler. (The renowned abortion-rights crusader set up an illegal clinic in Montreal in 1969 and was one of the appellants on the landmark 1988 Supreme Court judgment that struck down previous abortion restrictions in the Criminal Code as being unconstitutional.)

“The real problem in Canada isn’t whether or not abortion is legal; it’s whether or not a person is actually able to get an abortion,” says Kat Owens, a Toronto-based project director at countrywide organization Women’s Legal Education and Action Fund (LEAF). “And there are things the government can do to help improve that.” Founded on the same day that the Canadian Charter of Rights and Freedoms’ Section 15, pertaining to equality rights, came into effect, LEAF has been on the country’s legal battlefield since 1985 as a defender of women’s rights, working on everything from sexual-assault laws to legislation on creating bubble zones around abortion clinics. Still in flux as access continues to shift, rules now vary from one province or territory to another.

In Prince Edward Island, an overhaul of the entire access network occurred in 2016. Following a nearly-35-year ban—and decades of women having to go off-island to New Brunswick or Nova Scotia to access services—PEI residents could finally get abortions on the island at one hospital in Summerside and another in Charlottetown. This action was a result of a 2016 challenge brought by the Abortion Access Now PEI group, which was won surprisingly fast. “[From the time] the case was filed to when it was settled was two or three months, and that is just not very typical for litigation—it can drag on for 10 to 15 years,” points out Owens.

This quick result speaks to decades of activism in the province, and it has led to considerable change. Namely, since 2017, the Women’s Wellness Program & Sexual Health Services has been providing abortion as well as a wide variety of services, including pregnancy-options counselling, cervical-cancer screening, menopause care, contraception counselling and sexual-health education. But these changes don’t mean there’s perfect access now either. Pregnant people in PEI can get abortions at up to 12 weeks and six days, which is the shortest gestation limit in the country. After that, they need to get the procedure off island.

Owens details how these types of access issues can also be tied to a patient’s privacy and safety. “If you live in a small town and you’re leaving for a few days, everyone wants to know why,” she says. “There’s no keeping that quiet, so that has real privacy ramifications. [That also goes] for folks who are facing gender-based violence or who have an abusive partner.” All that travel, sometimes for multiple appointments, also comes with obvious financial costs incurred from taking days off work and paying for hotels and gas, essentially turning abortion into a luxury.

At the other end of the access spectrum is Quebec, which—with its 41 service points and a history of defying anti-abortion laws—is often seen as Canada’s gold standard. Most providers offer abortions at up to 14 weeks, with one providing surgical options at up to 23 weeks and six days. But deep layers of red tape and bureaucratic nightmares can still exist, something that was brought to light last summer.

After more than 300 doctors signed an open letter to the Collège des médecins du Québec (CMQ), regulations that required providers to give patients an ultrasound and have specific in-person training to provide medical abortions (which are via a pill) were finally repealed in July. Bois, who was one of the signees, was happy to see the removal of extra requirements that aren’t required by the CMQ for other treatments since this might provide more points of service for patients. However, she emphasizes how crucial it is to have both surgical and medical abortions accessible: “The idea [of being able] to do something at home on your own, or with whomever you want, is extremely empowering for some people seeking an abortion and absolutely terrifying for others.”

Like many organizations and activists, Bois takes issue with the idea of creating laws around ensuring abortion access because abortion is health care; we don’t have laws for other health services, and such laws could also serve to limit access if the politics change. She actually doesn’t want to see it ever treated differently than any other medical procedure, and she doesn’t want people to need violence or trauma to justify terminating a pregnancy. Bois highlights that there are no good or bad reasons to have an abortion and that singling out particular situations creates an unnecessary hierarchy. “I don’t want to start this idea of prioritizing somebody’s suffering, somebody’s need or somebody’s demands,” she says. “Because as soon as you prioritize one [reason for seeking an abortion], you invalidate all the other reasons for seeking [one].”

Bois also emphasizes the importance of shining a light on some of our preconceptions around availability of the procedure. “We have to be really careful [about how we frame] the problem of access in Canada—it’s multi-faceted, but it’s not just an urban-versus-rural thing,” she says, noting that some urban areas might have access issues while some rural areas are fairly well served. For example, Quebec City is the second-largest city in the province but only has one abortion clinic, meaning women sometimes have to travel to Montreal to avoid wait-time complications.

Change isn’t always linear and progressive, though. Fredericton’s Clinic 554, which is one of the only non-hospital settings for abortion and one of four points of service in New Brunswick, lost full-time access to its space so has limited its services and could permanently close this year. In the Maritime province, you can get a vasectomy for free in a clinic, but to terminate a pregnancy in the same facilities, you have to pay hundreds of dollars out of pocket, which is a significant barrier for many.

Though abortions are available in three of the province’s 44 hospitals, the government’s skirting of health-care payment rules in clinics is currently being brought to court by the Canadian Civil Liberties Association. The organization is arguing that by not covering costs for the procedure, New Brunswick is violating sections 7 and 15 of the Charter of Rights and Freedoms, which pertain to the right to life, liberty and security. LEAF has applied as an intervenor in this case in the hope of bringing a gender-equality lens to the issue.

On the subject of individuals who end up being representative in these kinds of cases, Owens points out what a heavy task and responsibility it is for people to be vocally pro-choice in a place that doesn’t see things the same way. “It asks a lot of a person to become the face of an issue such as this—for what is undoubtedly going to be an extended period of time—in places where, within their own community or within their own family, people might disagree on abortion,” she says.

Owens also calls attention to the urgent nature of seeking to end a pregnancy. “Anytime you add a point of friction for people looking to access an abortion, it makes it harder,” she states. “We don’t necessarily think about people [seeking abortions] as whole people who may have one or more jobs, who may already have one or more children, who may be dealing with additional health problems…or who are racialized, Indigenous or trans and have a lot of negative interactions with health-care [providers].” In the meantime, she, her colleagues and many others will keep pushing to uphold and broaden rights for us all. Whether we compare favourably to other countries or not, there’s still plenty of work to do to ensure that the right to choose is a reality for all.

Read more:
Roe v. Wade, Explained: A Summary of the Landmark Abortion Case
How to Donate to an Abortion Fund Now
Living the Soft Life