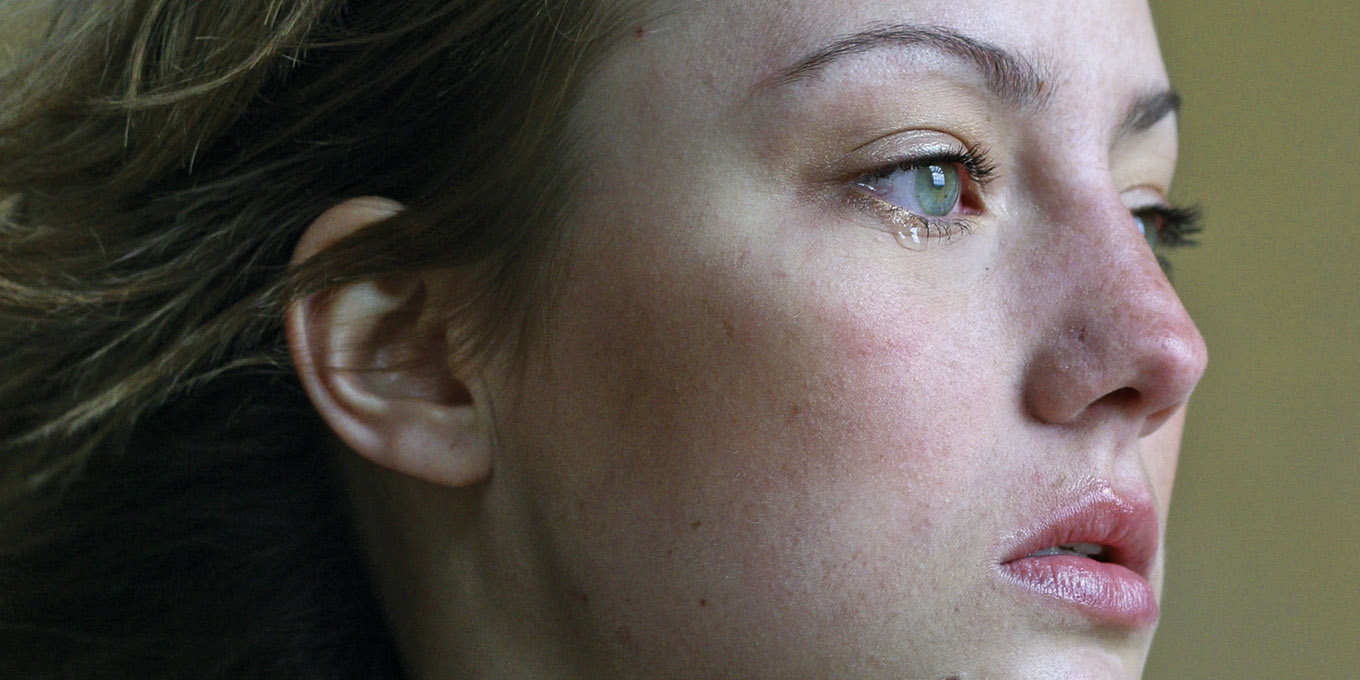 My first IUD had to be put in twice. To my total horror, I pulled out the copper device while removing my menstrual cup in the shower. When the female gynecologist reinserted it by manually dilating my cervix (a more common practice for women who haven’t given birth), a deep pain I’d never experienced—like a lightning bolt of a period cramp—shot through my pelvis and made me dizzy. The doctor cut the strings entirely to ensure accidental removal wouldn’t happen again and compassionately reassured me. Five years later, I was back at the gynecologist for an IUD replacement, and the memory of that pain sent my stress levels through the roof. When I entered the examination room, I started talking about my previous IUD complications with the male doctor on call, to which he responded—eyes still down on his paperwork—by wordlessly raising a hand to indicate that I should stop speaking. It wasn’t until he had inserted the speculum that he paid attention and, in an accusatory tone, asked me why I didn’t have strings, seeming upset that he would have to dilate my cervix. This painful situation left me embarrassed—with my legs up in stirrups, no less—a feeling that could have been avoided if he’d bothered to listen.

For feminist-culture historian and author Elinor Cleghorn, it took nearly a decade of having the pain in her legs dismissed, being told she was “just hormonal” and having her symptoms questioned or glossed over before being properly diagnosed with lupus. Cleghorn’s disease came to a head when she was pregnant with her second son and doctors discovered an in utero heart irregularity linked to her own illness. Though she is infinitely grateful for the care given to her son, the situation made her wonder why her pain hadn’t been worth taking seriously until her body was fulfilling its so-called biological function. “I was suddenly worth caring for, I was suddenly a priority, I was suddenly valued in a way I had never been valued before,” says Cleghorn. This experience pushed her to dive into the history of misogyny in medicine and write Unwell Women, which was published last spring and shows how intrinsic sexism is to gynecology’s very foundation.

In her book, Cleghorn details absurd Ancient Greek ideas of the uterus wandering in the pelvic cavity if it were “unemployed,” the Middle Ages treatise Secrets of Women, which propagated myths about conception and female anatomy, and Victorian England’s diagnosis of hysteria (the name of which is derived from the Greek word for “uterus”), considered a nervous-system disorder that was a result of women’s “excessive” emotions. Misunderstanding and distrust of the female body got passed down through the ages and can still be seen in the care that women receive today. Though diagnosing hysteria is long gone, its legacy isn’t, and it lurks in other common language used to discount pain—think about the sharp dismissiveness of being called “hormonal.” This long-standing braiding of emotional and psychological states with physical health still has the measurable effect of women’s discomfort not being taken at face value. A study published in the Journal of Pain just last March revealed that when shown images of men and women experiencing pain, observers estimated that the women’s suffering was less intense and were more likely to suggest that women should receive psychotherapy instead of medication.

It can be hard to parse where these prejudices stem from, though part of the issue is that up until the 19th century, women weren’t admitted to medical colleges in many countries, which had a direct impact on what was considered worthy of research and study (and, therefore, funding). Now, for the first time ever, women are outnumbering men in admissions to medical school in the United States, but it remains to be seen to what extent gender diversity in the field can change age-old systemic sexist practices. Cleghorn recounts that after experiencing severe tearing during childbirth, her female doctor gave her what is commonly referred to as “the husband stitch.” “The surgeon said, ‘Don’t worry, I’ve done you up really nice and tight.’ I remember at the time not really registering these words and then looking into it later and realizing this was a thing that often happened in the ’60s, like a handshake between doctor and father.” Not only is this extra stitch often not consented to but it can also lead to complications like infection and painful sex (another female symptom kept under wraps).

Lack of consideration of our pain means that women often have to fight for diagnoses while also suffering on a regular basis. “There’s a huge sense that you need to be your own advocate, you need to inform yourself and you need to push [for care],” says Katelyn Luciani, executive director of the charity The Endometriosis Network Canada. “It’s not right, but the only way you’re going to get help is if you’re confident with everything you need to say.” Endometriosis is when tissue similar to the uterus’ lining (the endometrium) implants itself outside the uterus, causing lesions, cysts and other growths on organs in the pelvic cavity, often producing debilitating pain. This Canadian network strives to provide support for those who have endometriosis and fight common myths and misinformation surrounding the disease that are still being spread throughout medical institutions, like the oft-suggested treatment of pregnancy. Though gestation’s hormonal changes can stabilize symptoms, it’s not a proven long-term solution. It’s also a bit of tough luck if you can’t have kids (a cruel Catch-22 since endometriosis can cause infertility) or, gasp, if you don’t want them.

In her book, Cleghorn describes the work of American gynecologist Joseph Vincent Meigs, who in the 1940s claimed that endometriosis was a disease tied to too frequent menstruation and that “unless [women] want to become ‘abnormal,’ they should procreate as soon and often as possible.” This conclusion conveniently placed blame for the disease back on patients rather than looking for external solutions, a dynamic those affected by endometriosis struggle with constantly. Meigs also falsely characterized this disease as an affliction of white and middle- or upper-class women, a bias that still affects diagnosis of and education about the disease today. His theories slide in alongside the ingrained racism that’s also inseparable from the history of gynecology—the speculum, for example, was developed through experiments on non-consenting enslaved Black women without anaesthesia.

The Endometriosis Network Canada believes that a key step in helping those living with endometriosis is raising awareness about the disease. It affects one in 10 Canadian women and an unmeasured number of trans and gender-diverse people, but considering data gaps and diagnosis issues, the actual numbers are probably higher. Though there’s evidence that endometriosis was written about in Egypt around 1550 BC, we still don’t know what causes it, and there’s no cure. One of the network’s main goals is to educate people about the disease’s telltale signs, which often start during puberty, beginning a cycle that can exclude sufferers from socio-economic prosperity in countless ways. Teens with endometriosis are 10 times more likely to miss school because of symptoms that include intense cramping, back pain and vomiting and even effects on the nervous system, since it can grow on places like the sciatic nerve. Luciani herself has endometriosis and experienced the return of chronic pain after extrusion surgery removed the tissue, and she was forced to leave her job. She estimates that it takes approximately five years for people suffering from endometriosis to get a diagnosis in Canada, though it’s often longer.

Many of us grow up accepting the fact that our bodies will betray us in some way by causing pain—that this is part of the tacit contract that comes with having a uterus. It doesn’t need to be the norm, though. Change needs to start somewhere, and, as Cleghorn points out, getting the ball rolling should be simpler. “I really think that the beginning of it is to just listen to people,” she says. “[We need to treat them] as humans in that first medical encounter when they say ‘I’m in pain.’”