Disproportionate exposure to contaminants in marginalized communities carries a heavy, tangible toll, from lifelong illnesses to mental- and emotional-health issues. 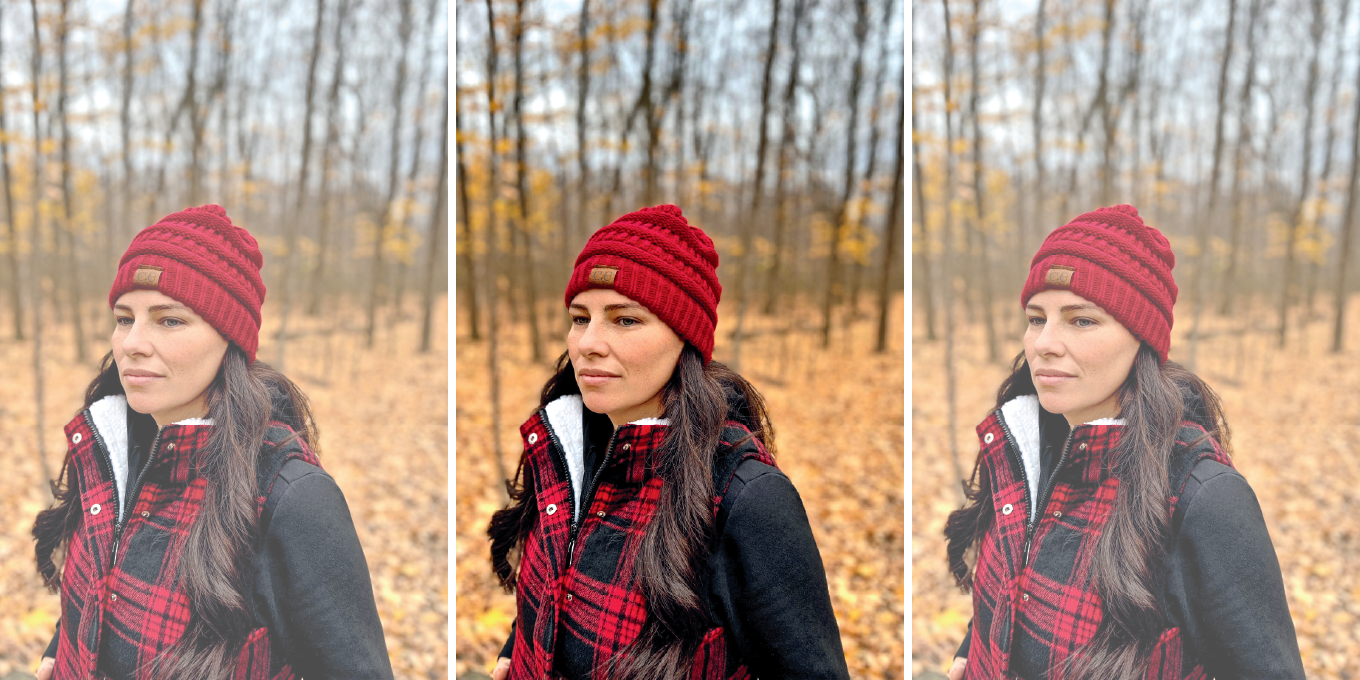 I was given my spirit name, Thunder Woman, in June of 2021 by my elder, Little Brown Bear. He told me that Thunder Beings are messengers—the ones who make noise and get people to pay attention. He also told me that this role comes with great responsibility. I’m Mi’kmaw-Canadian, with my Indigenous roots coming from my father’s side, and as a public educator, actor and media personality, there are so many ways I can be a messenger to help my community. I’ve recently become the first ambassador for Water First, a Canadian non-governmental organization that helps address water challenges in Indigenous communities, and since 2019, I’ve also been an ambassador for MotiV8 Canada, which offers programs and workshops focused on supporting mental health and well-being through various creative art forms in northern Indigenous communities. My father would often remind me of the importance of community and that I have to use whatever privilege I have to help create a more equitable environment for our people—the much-needed support that is often not provided by governments.

Seeing how my people’s health is commonly treated as a secondary priority made me realize that I have an obligation to make noise about environmental racism. This form of systemic discrimination affects the health and livelihoods of low-income, marginalized and racialized individuals due to a disproportionate number of toxic waste facilities, dumps, landfills and other hazardous buildings or systems in close proximity to their communities. Beyond the direct health risks to our communities, there are plenty of other ways in which land is used to discriminate, like a lack of playgrounds, trees, walking paths and hiking trails and access to clean water for drinking and food preparation or soil for sustainable agriculture.

My father was in jail in Walkerton, Ont., when the town experienced an E. coli outbreak, which was a result of its water supply being contaminated, in May 2000. We kept in touch often, but I worried about him because he suffered from chronic liver disease, which would make him more vulnerable if he were to get infected. He reassured me that the water issue would get sorted quickly and that the jail’s doctors were doing what they could for him. He focused on the fact that it was a temporary situation for the community, but it was a loud reminder that the issue was nothing new for Indigenous communities across the country and that the government had no intention of helping them. My father’s ultimate goal was to get better so he could find a way to help these communities himself. He passed away in 2001 after being denied a liver transplant because the doctors labelled him a known user of substances, disregarding his sobriety at the time and the healing work he had been doing. After that, I made a commitment to carry on his legacy, using my platform to try to dismantle harmful and often skewed narratives in order to create space for other First Nation, Métis and Inuit voices and fight for equity.

For centuries, we’ve seen individuals in positions of power violate the rights of Indigenous peoples in Canada. Environmental racism may be a new idea for some, but for many marginalized and racialized communities, it’s a tale as old as time. The impacts of these inequities reverberate throughout the lives of those affected in myriad unexpected ways. For instance, contaminants and toxins released by hazardous facilities cause higher rates of cancer, lung and respiratory illnesses and skin diseases, to name a few. 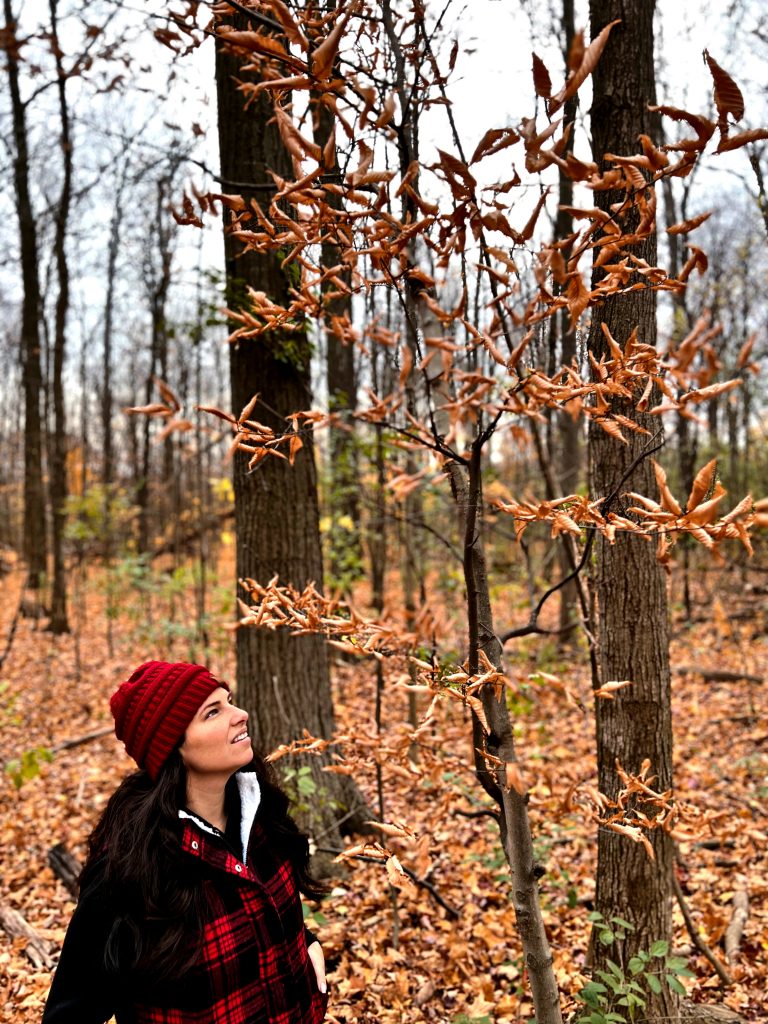 Environmental racism isn’t just a remote or rural issue either; it happens near urban centres like Toronto too. Drive an hour out of the city and you’ll find the Six Nations of the Grand River, where only about 9 percent of the community have non-toxic water running in their homes. And in Ontario alone, 40 percent of First Nations communities have unsafe drinking water. These basic resource-related disparities play a hefty role in further widening social inequality gaps. Not only does proximity to toxic systems have dangerous health effects but it also makes these communities undesirable places in which to live and work, resulting in less money coming in from non-racialized people or those with higher incomes. It also makes it difficult for people who do live there to find jobs and live a sustainable life. These elements combined lead to higher rates of suicide, addiction, fatalities and mental illness. The Canadian government chooses not to connect the dots, though. Instead, it continues to approve the construction of hazardous facilities—like the Coastal GasLink Pipeline—that pollute and desecrate environments near or on Indigenous lands or within proximity to marginalized communities. It arrests and fines those who fight for basic rights and attempt to protect unceded land, as we saw with the land defenders on Wet’suwet’en territory last year.

Though many are familiar with what happened in Walkerton, they have no idea how long the list of ongoing atrocities throughout the country actually is. There’s Chemical Valley, located in the backyard of the Aamjiwnaang First Nation in Sarnia, Ont., where more than 60 chemical plants and oil refineries produce plastics, gasoline, pesticides, fertilizers and other toxic products. Farther north, near Kenora, Ont., approximately 10 tonnes of untreated mercury was released from a chlor-alkali plant between 1962 and 1970, polluting both the English and Wabigoon rivers for hundreds of kilometres and directly affecting the Asubpeeschoseewagong First Nation, also known as the Grassy Narrows First Nation. The chemicals caused irreparable damage to the surrounding ecosystem, and the Grassy Narrows people still suffer physically, mentally, emotionally and socio-economically. In Iqaluit in 2021, a fuel leak made the water non-consumable—even after being boiled for two months. It was their third water emergency in four years. These are only a few examples from a list that’s far too long to fit here.

Environmental racism isn’t unfixable; it’s an issue that can be remedied by having the right people at the policy-making table. To start, the government needs to make Bill-C230, an act that aims to develop a national strategy to redress environmental racism, and Bill-C28, which aims to amend the Canadian Environmental Protection Act, top priorities. Then Indigenous groups need to be consulted. Too often, their evidence-based solutions—like regular traditional patch burning, which reduces the risk of wildfires and increases the growth of new vegetation—are ignored. When done correctly, patch burning is a safe way to ensure that ecosystems and all the living creatures within them stay healthy. I encourage everyone to listen to Indigenous voices and stand with us in the fight. Rather than just watching the atrocities happen from the sidelines and feeling momentary outrage, people can take action. You can contact your members of parliament or join a parliamentary committee and have your say at public hearings. You can also sign petitions, donate to organizations that are working with Indigenous communities in meaningful ways and support Indigenous speakers, artists, designers and educators. Because if we don’t take action together, it won’t just be future marginalized generations who will suffer—it will be all of us.

Read more:
How These Indigenous Women Are Reclaiming Their Culture
10 Indigenous Content Creators You Should Be Following
Here’s How You Can Be a Genuine Ally to Indigenous Communities in Canada