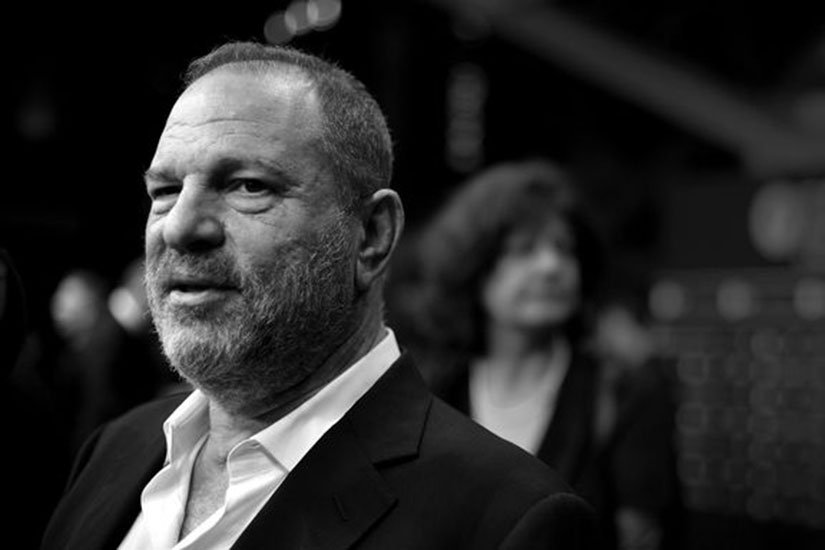 On Tuesday morning, The New Yorker published its own investigation into the allegations made against Weinstein. For the article, “From Agressive Overtures to Sexual Assault: Harvey Weinstein’s Accusers Tell Their Stories,” Ronan Farrow spoke to 13 women who claimed the Hollywood producer sexually harassed or assaulted them at some point between the 1990s and 2015. Some of the women said speaking out or rejecting him hurt their careers.

Last week, Weinstein’s attorney Charles Harder threatened to sue the New York Times for what he called “a story that is saturated with false and defamatory statements about Harvey Weinstein.” Harder has yet to make a public statement about The New Yorker‘s article. Since the publication of both stories, celebrities like Gwyneth Paltrow and Angelina Jolie have also accused Weinstein of sexual harassment. On Sunday, Weinstein was fired from the company he cofounded, The Weinstein Company.

Here are some of the most prominent allegations from The New Yorker‘s in-depth magazine story.

Italian actress Asia Argento accused Weinstein of sexually assaulting her in 1997. Argento, who was 21 at the time, was having her film, B. Monkey, distributed by Miramax. She claimed he asked her to give him a massage, and “reluctantly” did so, and then he forced her legs apart and performed oral sex on her. She said after a while she stopped resisting, and has regretted not fighting back ever since. Later, she said she had consensual sexual relations with Weinstein on several occasions, and communicated with him in a professional way. “I was in a vulnerable position and I needed my job,” she told Farrow. “It just increases the shame and the guilt.” Eventually, she created a scene in her 2000 movie Scarlet Diva that was modeled after her view of the alleged assault. Argento posted footage of the scene on Twitter.

I wrote and directed this scene in 1999. #Weinstein pic.twitter.com/VFRJQM0O4M

Oscar-winner Mira Sorvino claims speaking up about Weinstein hurt her career. Sorvino told The New Yorker that in 1995, she was alone in a hotel room with Weinstein during the Toronto Film Festival. She told Farrow he started massaging her shoulders, and then started “sort of chasing me around” the room. She claims she told him to stop, and then a few weeks later, he showed up at her apartment, only leaving when she said a friend, who was posing as her boyfriend, was on his way over. She told Farrow that she believes her speaking out about feeling uncomfortable ended up hurting her career prospects. “There may have been other factors, but I definitely felt iced out and that my rejection of Harvey had something to do with it,” she told the magazine.

Rosanna Arquette also claimed rejecting Weinstein led to fewer prospects. The actress told the magazine that in the early 1990s, she met with the producer in a hotel room and found him wearing a white bathrobe. She claimed he asked for a massage, and then grabbed her hand, first moving it to his neck, then to his penis. According to her account, she said, “I’ll never be that girl,” and left the room. After that, Arquette told Farrow, she lost out on roles in many of Weinstein’s films, except for Pulp Fiction.

The New Yorker published audio of Weinstein admitting to groping a woman.According to the magazine, Italian model Ambra Battilana Gutierrez wore a wire after reporting an alleged assault to the NYPD. In the audio, she asks him why he groped her breasts the day before, and he responds, “I’m used to that. Come on. Please.” Gutierrez ended up reaching a settlement with Weinstein and could not comment due to a nondisclosure agreement, according to the magazine.

Weinstein, in conversation with Gutierrez, admits to groping her. Here’s the audio: https://t.co/zSQbK5NV0c pic.twitter.com/vmrrSUp43w