The multi-hyphenate star opens up about her mental illness, shooting her new Hulu show with Steve Martin and releasing her first record in Spanish. 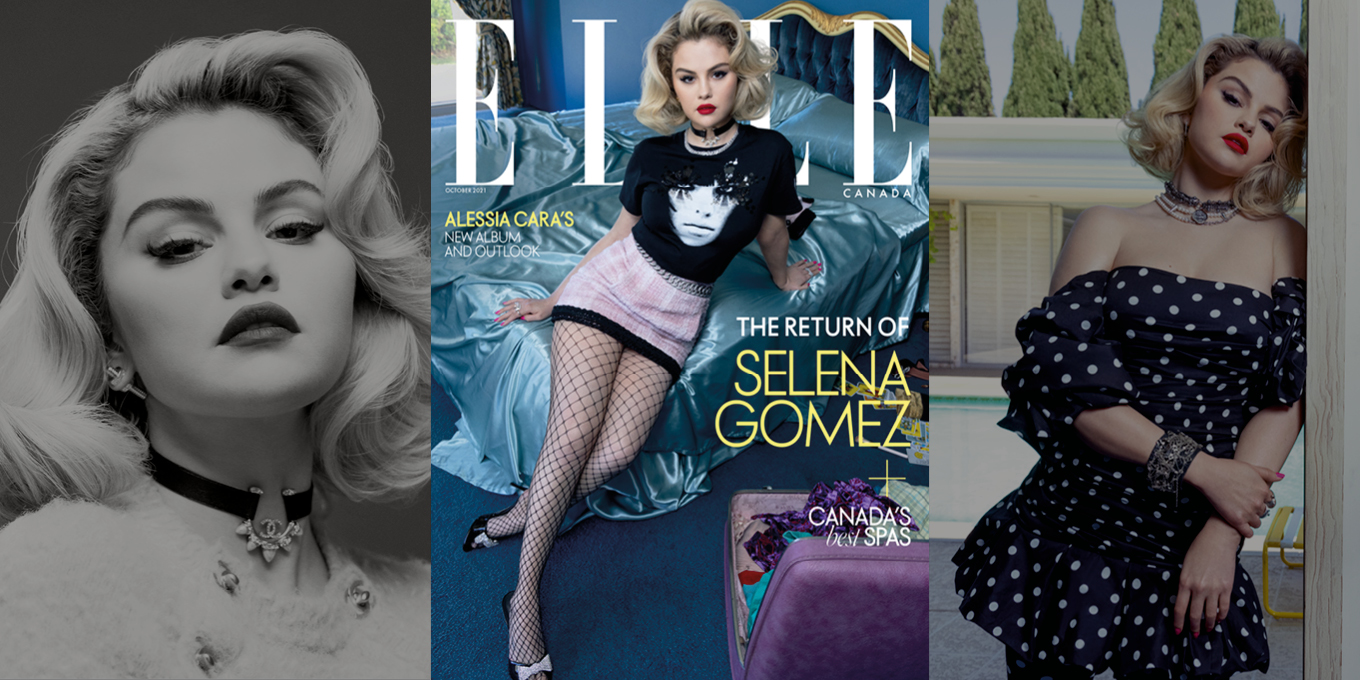 “I wanted it to exude love. I wanted it to talk about pain but in a way that was confident. There is a song about girls saying goodbye to things that aren’t good for us,” Selena Gomez says in a candid interview. One thing the singer has said goodbye to is her access to Instagram. “I suffer from mental illness, and [social media] just wasn’t adding anything to my life,” she says, adding that once she gave it up, she felt like she was suddenly able to be so present.

Other stories of self-care and self-discovery in this issue include Canadian Grammy-winning artist Alessia Cara finding stability as her star continues to rise; Nesta Cooper on coming into her own opposite Jason Momoa in the second season of See; and Mohawk actor Devery Jacobs’ experience working on an Indigenous set and being an activist in her community. Rounding out the bunch is Jonathan Van Ness who, with six seasons of Queer Eye behind them, is now focused on feeding their own well-being, inside and out.

For readers who need some me time, we offer up Canada’s best spas to visit this fall, whether you want a full-body scrub en plein air in B.C. or a lakefront Nordic spa experience in Nova Scotia. Plus, the magazine looks at why dawn is the new time to get things done and how to properly care for sensitive or irritated skin (just in time for winter!).

In fashion, this edition is all about looking back — on the overt tackiness of the early-aughts (which is making a comeback for a surprising reason); the 40-year legacy of Max Mara’s 101801 coat; and the coming-together of two friends to design Markoo’s cool, effortless aesthetic.

And we get serious, diving into the history (and current reality) of medical misogyny, dissecting the downfall of the girl boss and what it says about women in power, and exploring the healing effect of restorative tattooing.

Ending on a lighter note, this issue has everything from forest-inspired fragrances and the next generation of Canadian winemakers to dinner party glow-ups and a mother-daughter road trip.

The October issue of ELLE Canada will hit stands and Apple News+ on September 20, 2021.