The McCord Museum has curated an extensive experience on the fashion success story of Montreal-born brand, Parachute. 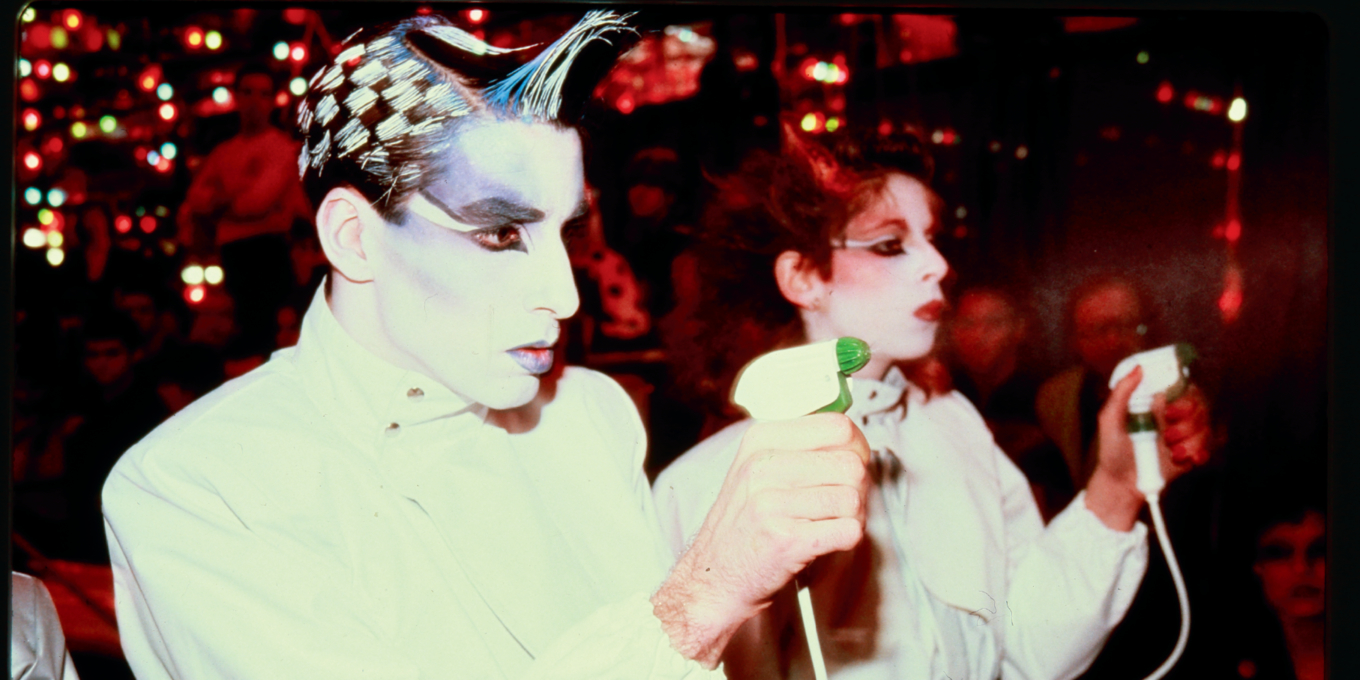 From the late ’70s until the early ’90s, a Montreal-based fashion duo shook up the status quo. Nicola Pelly and Harry Parnass, a designer and an architect, respectively, created Parachute, one of the most forward-thinking brands of its time. Inspired by the grunge-chic, minimalist aesthetic adopted by the era’s subcultures, they pioneered a timeless, androgynous, avant-garde style. After a meteoric rise to the upper echelons of the design world, Parachute had the likes of Madonna, David Bowie, Andy Warhol, Cher and Peter Gabriel touting it, and it had a retail presence in over 400 stores in 15 countries worldwide. Now, in a not-to-be-missed exhibition that runs from November 19 until April 24 at Montreal’s McCord Museum, Parachute’s extraordinary designs, international success and contributions to fashion are being celebrated.

The end of the ’70s in Montreal was synonymous with recession and urban decline. People were out of jobs, rent was cheap and pockets of artistic expression emerged. “Out of economic hardship comes creativity,” says Alexis Walker, associate curator for the Dress, Fashion and Textiles collection at the McCord Museum. The new-wave era that hit Montreal and beyond was like a launching pad that enabled artists like Pelly and Parnass to devote themselves to their dreams in a vibrant scene of discovery and creative self-expression. The anti-conformity ethos and young rebellious energy of this subculture made it commercially viable. “What started as an underground scene here [in Montreal] turned into something international and sophisticated while still keeping an underground allure thanks to the type of photography [Parachute] used, the clothing it created and the people who worked for the company,” says Walker. 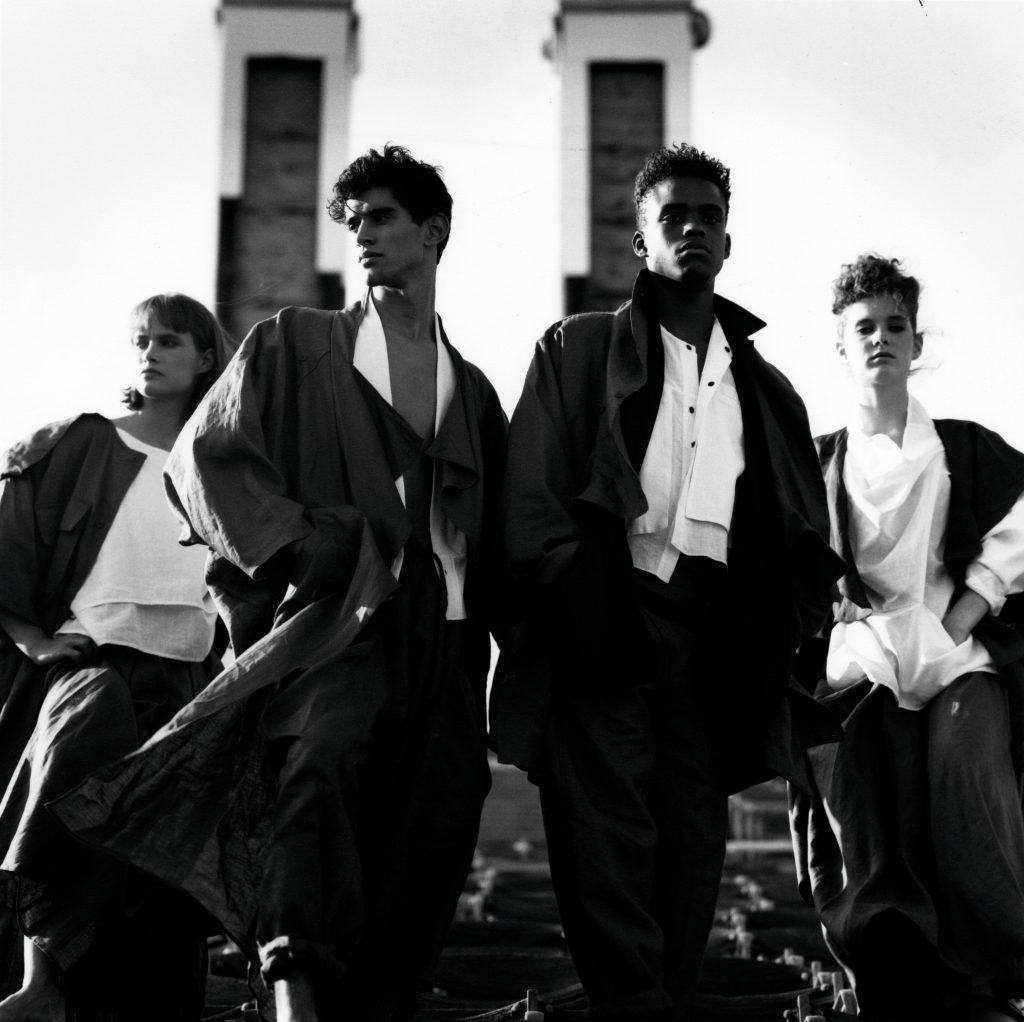 Parachute was in the right place with the right product at the right time; the image-obsessed culture of the era went hand in hand with its philosophy. This insatiable desire for novelty most often starts at the fringes, which worked in the brand’s favour. Parachute created a mysticism about itself. “We weren’t overexposed—you had to really reach to find us—and the stores were destinations,” says Pelly. “There wasn’t advertising; it was mostly just editorials and word of mouth. People felt like they ‘found’ the store, and that really helped the image.” Press coverage was also very important in terms of international support. GQ used to give the brand free ad space because it upped the mag’s cool factor; Andy Warhol would give a discount on ad space in Interview Magazine because he liked Parachute and wore its clothing himself. Fashion buyers were starting to travel more and more, which opened up new horizons for more underground brands, making avant-garde style available to all.

“WE WEREN’T OVEREXPOSED—YOU HAD TO REALLY REACH TO FIND US—AND THE STORES WERE DESTINATIONS.”

What distinguished Parachute from other brands at the time was the functionality of its clothes: generous pockets, wide collars, practical details. “We never wanted to dress people head to toe; we wanted them to add their personality and mix it up in their own way so it would express their [sense of style],” says Pelly. By the late ’80s, Parachute had matured into something much more elegant, but that spirit of rebelliousness, anti-conformity and radical self-expression stayed with it, having been deeply embedded in the brand. 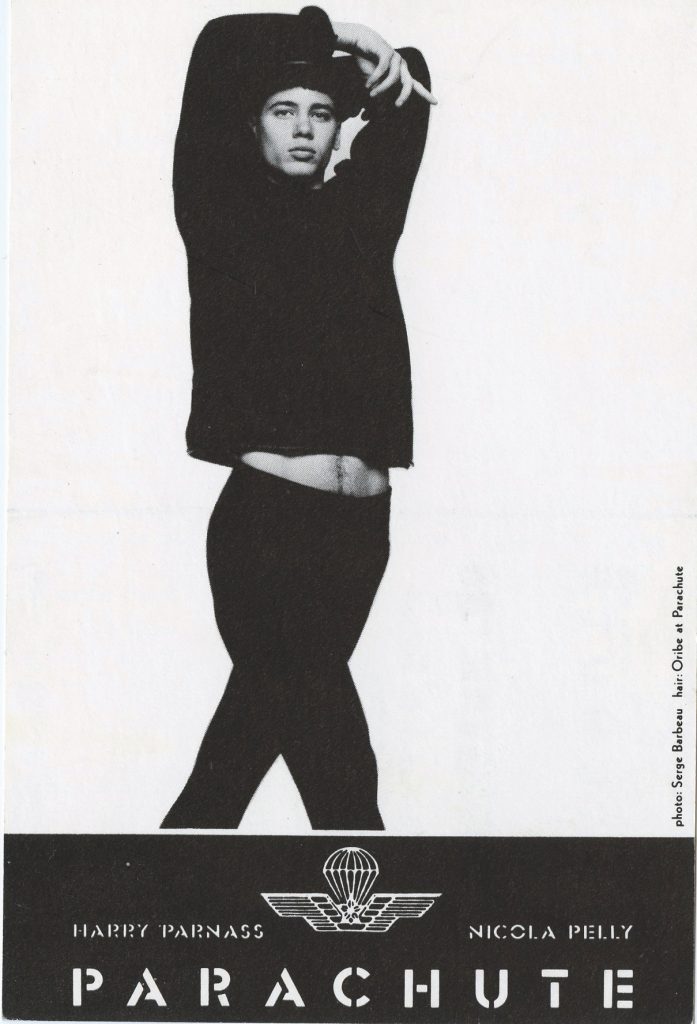 The creation of the McCord Museum exhibition started more than eight years ago, when Pelly ran into old friend and fashion connoisseur Stéphane Leduc, who helped her craft an outline for the show. After looking at many different locations and potential partners, they settled on McCord—the obvious choice since it’s a social-history museum focused on Montreal. Pelly didn’t want it to be just a fashion exhibit, as the brand was so much more than that. “It’s a story about design and Montreal in the ’80s,” says Pelly. Walker concurs. “The mandate of the McCord fashion collection is to document the fashion history of Montreal, and Parachute is one of the biggest Canadian fashion success stories,” she says. “So for me, as a historian and curator, this was a gift.”

Everything that Pelly had saved over the years was key in making this a grand retrospective: over 800 garments and boxes full of press materials and photos, as well as postcards, stickers and buttons. Pelly generously gifted her entire archive to the Montreal institution, making the McCord home to the most extensive and comprehensive collection of pieces related to the Parachute brand worldwide. For each item of clothing, traces of its construction can be found in photographs, sketches, production sheets and documents listing prices, dates and names of collections. 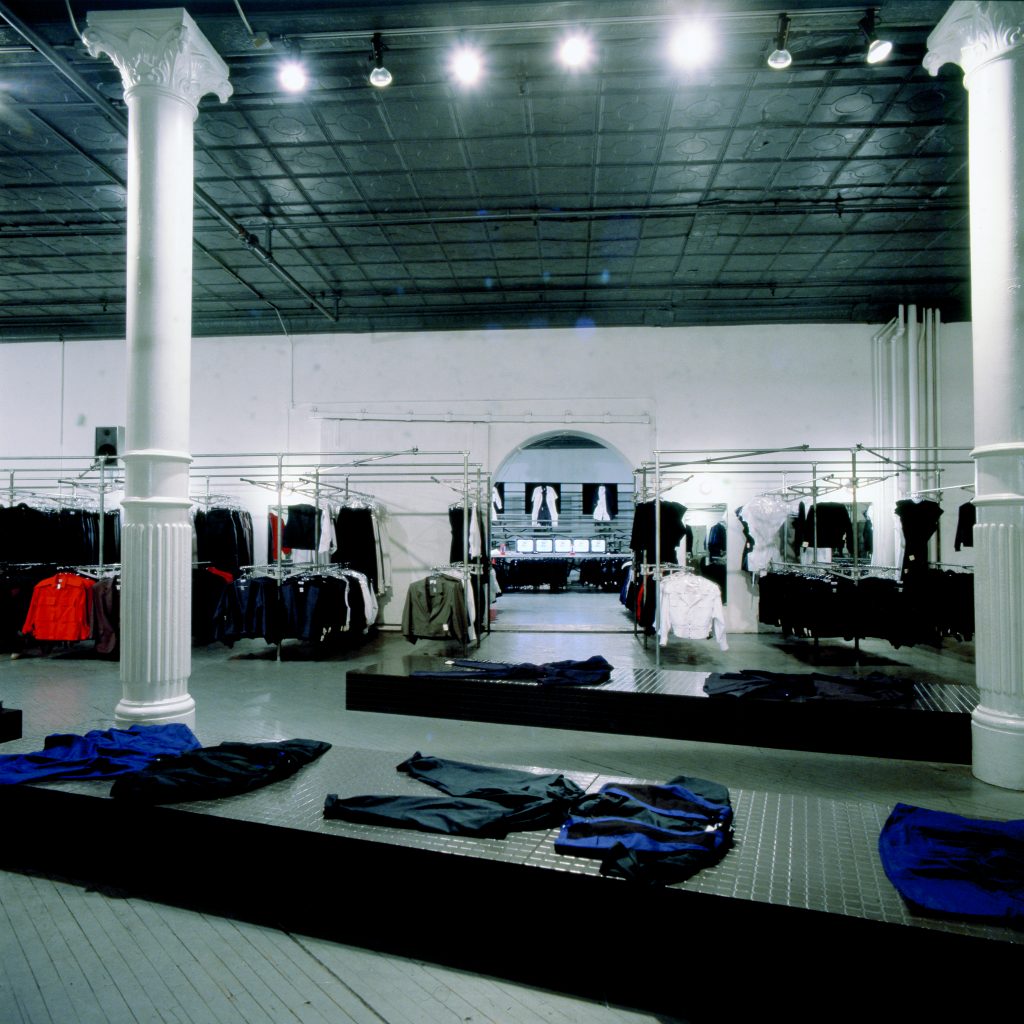 The exhibition itself starts off with an immersion in Montreal’s ’80s new-wave era and then makes its way into a design studio, a nightclub, a photography-centred space and, of course, the store, where the magic truly happened. “We wanted it to be an experience, much like a visit to a Parachute store was an experience in itself,” says Walker. As for Pelly, this is the closure of a lifelong loop. “It’s been such a wonderful, indulgent experience,” she says. “And for all the archives to have now found a home—some people will relive a period of their lives, and others will have the experience of what it was like to live in the ’80s.” We truly cannot wait.

Read more:
A Q&A on the Start of Motherhood With Joanna Griffiths and Domino Kirke-Badgley
The 5 Best New Restaurants to Check Out in Toronto
Diane Kruger; Femme Fatale