The athlete recently partnered with Hijabi Ballers and Nike to discuss racism, sexism and Islamophobia in sports – and what can be done to correct it. 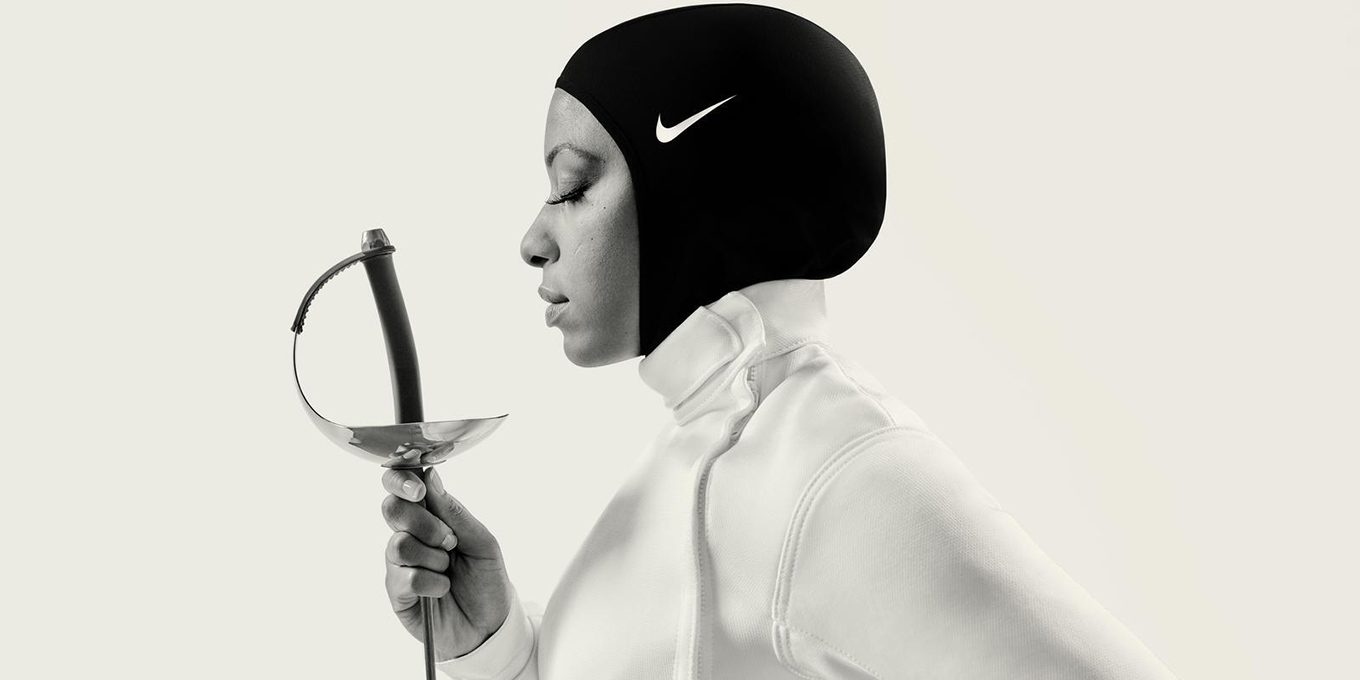 Fencer and Olympic medalist Ibtihaj Muhammad made history in 2016 as the first woman to wear a hijab while representing the United States in the Olympic games. Though a remarkable feat, organizations like the Toronto-based Hijabi Ballers are working tirelessly to remove barriers Muslim women face in sports so that accomplishments such as Muhammad’s are not anomalies.

In honour of International Day of the Girl, Hijabi Ballers teamed up with Nike through its Made to Play initiative for a virtual conference centred around women in sports, including Muhammad as a keynote speaker. The conference included diversity and inclusion workshops, specifically aiming to tackle racism and Islamophobia in sports and educate both Muslim and non-Muslim participants on how they can make a difference.

Muhammad and Fitriya (Fifi) Mohamed Hussein, a basketball player and ambassador for Hijabi Ballers, were reached via Zoom to discuss making athletics more inclusive for minorities, advice for Muslim girls in sports and how they found their inner confidence.

On the importance of International Day of the Girl

Muhammad: It’s important that we acknowledge that by age 14, girls drop out of sports at two times the rate of boys. We are not as involved in sport as our male counterparts in primary school. I really love the idea of having a day that is centred around our girls and supporting them, encouraging them and really helping them find their footing in sports. I’ve learned so much through sport in my life – I feel like it really allowed me to discover my true self. I believe that sports enhance our self image and body positivity; they help us lead healthier lives and more successful lives, when it comes to us in our professional lives once we do finish playing sports. Having Hijabi Ballers and having this fall so closely to International Day of the Girl, I love that there is conversation around Muslim women in sports. [We’re] encouraging our young Muslim girls to get out there and not to be scared to pick up a new sport for the first time.

On challenges faced as a Hijab-wearing athlete:

Mohamed Hussein: People don’t still know what a hijab is. They say, ‘Oh, why do you have to dress like that, you’re just going to the gym,’ and look at you strangely, because you’re not revealing any part of your body. The lack of knowledge, in terms of Islam and the hijab and dressing modestly, is definitely something that I experienced over the years.

Muhammad: Because of the way we’ve grown up, or where we grow up and who we are surrounded by, we come into our daily interactions with implicit bias. As a kid who grew up as one of the only minority families and in my hometown being one of the only Black families, being the only Muslim family, I had a lot of uncomfortable things happen. Not just in the classroom, but also on the field. When I think back to those barriers that I was able to overcome in sport, it really was just a matter of being a resilient kid, somebody who was super determined, who wanted to win and chase down these athletic dreams, despite what people said around me and their lack of belief in me because I was Muslim, or because I was Black in sport. Those barriers can seem insurmountable at times. My job now as a professional athlete, and as someone who has had those experiences, is to help normalize the conversation around hijab. I feel like coaches will have the opportunity to show up for their athletes, and I believe that there will be a trickle down effect from that where the coaches now are equipped and they can then impart that information to to their athletes, who then will take that information home with them. Hopefully, we slowly will break down these misconceptions that people have, and we will learn to celebrate the things that make us all different.

On feeling confident in times of adversity:

Muhammad: I’ve always learned to draw that confidence from within. It was something that I realized I needed to learn how to do from a really young age. I was made fun of relentlessly for wanting to be a really good student. I was made fun of for my looks, maybe for wearing a hijab or whatever it was. Realizing that I was going to be made fun of no matter what I did helped me learn to believe and love myself really early on. It’s like, whatever, they’re not going to like you anyway, do your own thing. This is something that I felt like I was able to use – it has propelled me to the greatest of heights, especially as an athlete. I was able to win an Olympic medal because I believed in myself and because I had this relentless confidence in myself. It’s something that we can all teach ourselves: to believe in ourselves, to motivate ourselves to show up for ourselves, to be cheerleaders for ourselves.

On improvements in sports culture for women and minorities in Canada and worldwide:

Mohamed Hussein: Muslim women have come into the conversation for organizations to actually implement policies that assure that Muslim woman, or ethnic minorities, are not discriminated against for their beliefs. I feel like we’re still at the beginning phase, we’re in the process of assuring that stops. In terms of improvement, we’re having conversations about Muslim woman and the fact that when Muslim women actually come on the court or field, they’re being respected and acknowledged. That’s because of the conversation that has begun on social media.

Muhammad: It’s similar to the conversation around the Black Lives Matter movement: to say that things have gotten better over the course of 430 years of systemic racism and oppression would negate the trauma and the very real, hurtful experiences that minorities face. I do feel like there’s a lot of work to be done in creating inclusive spaces. Nike has done an amazing job in pushing forward and being a leader in the sport space, and discussing issues around social injustice, or making the Nike Pro hijab and making Muslim women feel a part of the sport conversation. Nike’s use of plus-sized mannequins has changed the way a lot of women see themselves when they shop. I don’t know if things are better now than they were years ago, but I do think that we all play a part in creating a world that is accepting of everyone, no matter where you’re from, what you look like, or what you believe in.

Muhammad: Take it one day at a time. I never imagined myself at 12 years old, when I started fencing, that I would go on to win an Olympic medal. I think that one of the major stories storylines in my life has always been to take it a day at a time and to set really small goals for myself. Not everyone is going to go to the Olympics, not everyone will win an Olympic medal. But there’s so much to be learned from being a student of the game, to dedicating yourself to becoming better and becoming more competent and becoming a better version of yourself. Just show up for yourself, no matter what obstacle lays in front of you.

The Toronto Raptors’ Championship Gave Me Hope For My Relationship