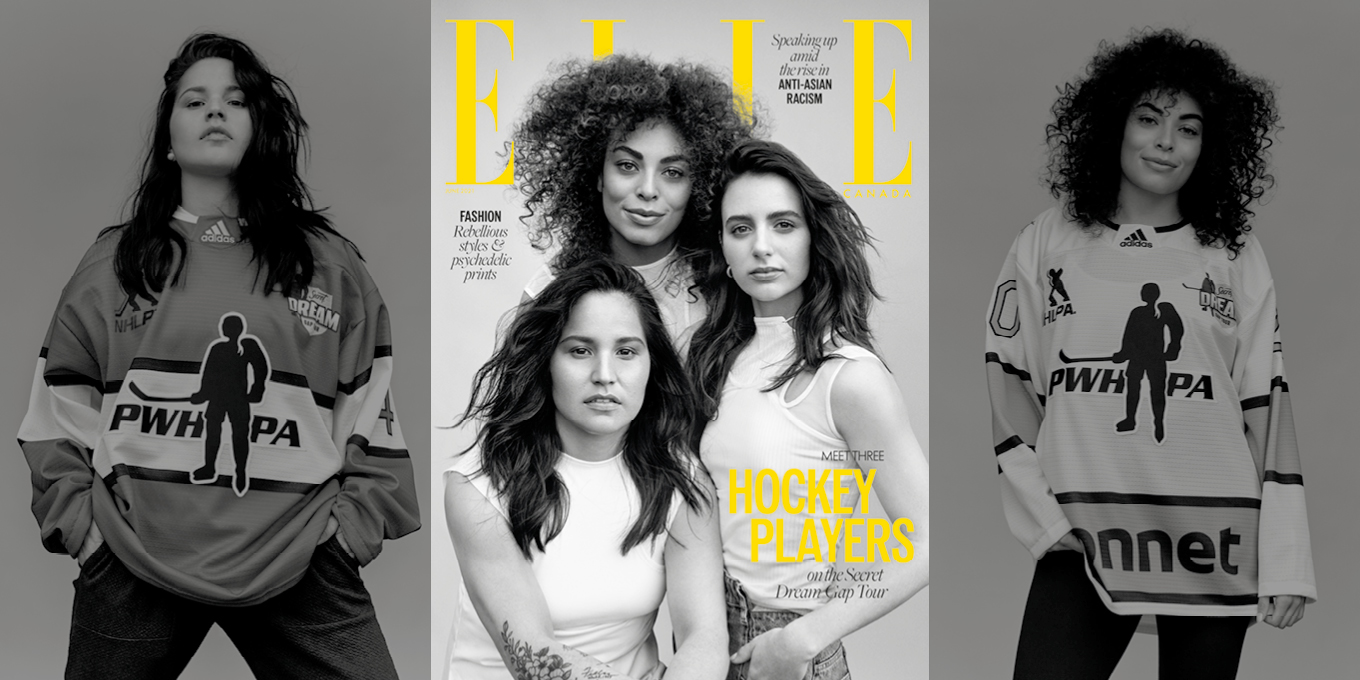 “A common misconception about women’s hockey is that we’re not skilled enough, but the game has changed drastically in the past 10 years and there are so many more opportunities allowing girls to work on their skills from a younger age and develop faster,” says Olympic silver medalist Brigette Lacquette, the first First Nations woman to play for Canada’s Olympic hockey team.

No stranger to discrimination, Kirby Howell-Baptiste of The Good Place and upcoming live-action film Cruella opens up about her rise to fame and why it’s harder for Black actors to make it in London than in Hollywood – as well as what it says about a film set’s inclusivity when there’s no hair stylist who can do her hair.

In fashion, psychedelics are inspiring kaleidoscopic colours and botanical motifs on the runway. Meanwhile, Toronto-based designer Kathryn Bowen talks about her latest collection influenced by old competitive figure skating outfits (think youthful sentimentality, elevated sophistication and non-binary tailoring). And we peek behind the scenes at a Chanel runway show where Kristen Stewart was the only guest.

In accessories, we’re looking back on the history of the clog, from Holland to Hermès, and we’re featuring summer sunglasses that prove that la vie is truly en rose (or blue or purple). Plus, the new eyebrow trend everyone’s talking about (and how to do it at home); nautical-inspired styles; and a guide to the summer’s best swoon-worthy romance novels – including recommendations for what to read if you loved Bridgerton or Love Actually.