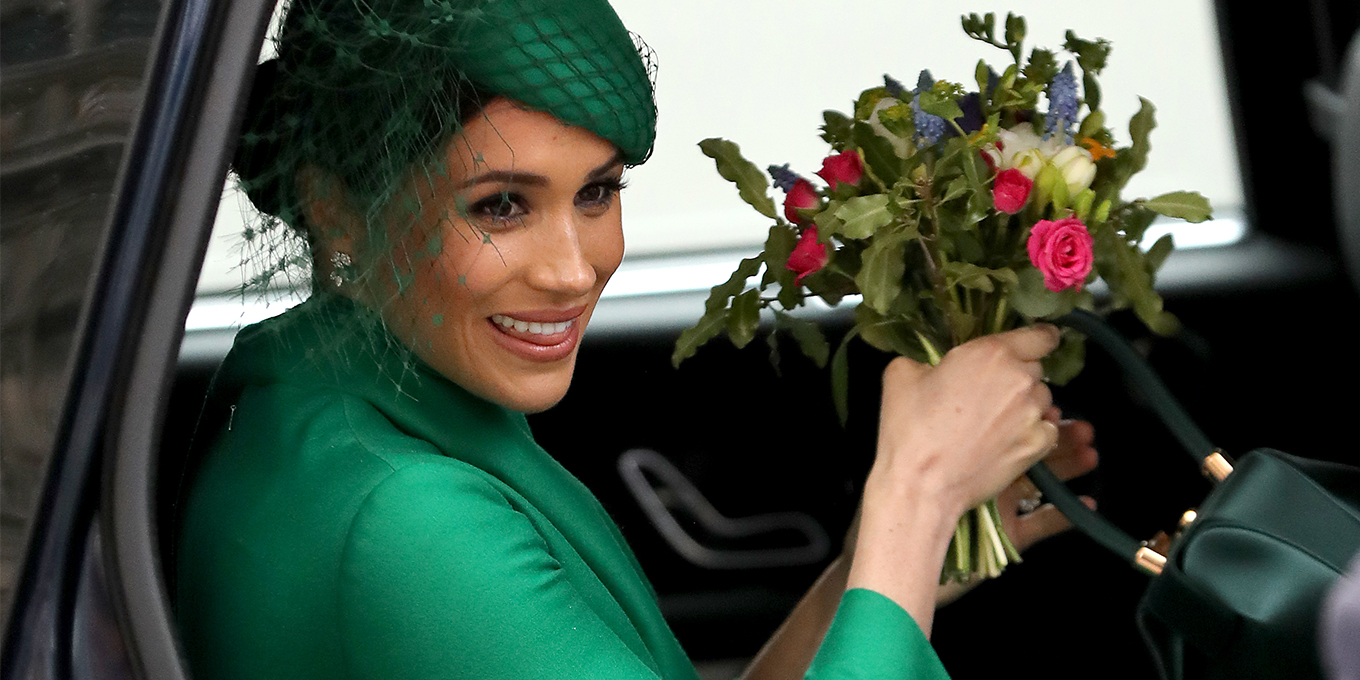 Meghan Markle and Prince Harry’s relationship with the royal family regularly fuels tabloid reports and books with claims of tension, estrangement, and drama following the couple’s decision to step back from their senior royal family roles in 2020 and their March 2021 interview with Oprah, where they opened up about the racism and harassment they received as working royals from the institution and British press.

But for Meghan’s 41st birthday yesterday, the royals gave a rare look into the current state of affairs with the Duchess of Sussex—or the version they want the public to see, anyway. Prince Charles; Camilla, Duchess of Cornwall; Kate Middleton; and Prince William shared posts celebrating Meghan’s big day on their social media accounts. Meghan and Harry, of course, don’t have social media, so they have not reacted to any.

Here, a breakdown of the posts and what’s known about where the royals’ relationship with Meghan and Harry stand.

The Royal Family Instagram, representing the Queen, has yet to share a post for Meghan. But Meghan and the Queen’s relationship is actually quite solid. Meghan touched on it herself during her Oprah interview. “The queen, for example, has always been wonderful to me,” Meghan said. “I mean, we had one of our first joint engagements together. She asked me to join her, and I went on the train. And we had breakfast together that morning and she gave me a beautiful gift and I just really loved being in her company, and I know we were in the car—Yeah, she gave me some beautiful pearl earrings and a matching necklace—and we were in the car going between engagements. And she has a blanket that sits across her, her knees, for warmth and it was chilly and she was like, Meghan, come on, and put it over my knees as well.”

Harry has also been open about how close he is to his grandmother very recently. “We have a really special relationship,” he told The Today Show in April. “We talk about things she can’t talk about with anyone else.”

Prince Charles and Camilla, the Duchess of Cornwall

The Clarence House Instagram, representing Camilla and Charles, shared an Instagram Story wishing Meghan a happy birthday (which will disappear after 24 hours) and a permanent tweet. They included a balloon emoji for a touch of casualness but kept the message as simple as it can be: “Happy birthday to The Duchess of Sussex!”

Happy birthday to The Duchess of Sussex! 🎈 pic.twitter.com/r0LdKJ6ZZ1

— The Prince of Wales and The Duchess of Cornwall (@ClarenceHouse) August 4, 2022

Harry, during his April Today Show interview, hinted that things were still a little frosty between him, Charles, and William when he avoided addressing whether he missed seeing his father and brother.

Hoda Kotb had asked Harry whether he missed his family back home. “Yes, I think especially over the last two years, most people, do you not miss your family?” Harry responded. When asked whether he missed seeing William or Charles specifically, he hedged, saying, “Look, I mean—for me, at the moment, I’m here, focused on these guys [Invictus Games competitors] and these families and giving everything I can, 120 percent, to them to make sure they have the experience of a lifetime. That’s my focus here. When I go back, the focus is my family [Meghan, Lili, and Archie], who I miss massively. Of course I do [miss Archie and Lili], they’re two little people.”

In a sign of potentially improved relations between Harry and his dad, a royal source told the BBC that Charles met Meghan and Harry’s daughter Lili during the couple’s June trip to the U.K. “He hadn’t met Lili, his granddaughter, and so to meet her was very emotional, a very, very wonderful thing,” the source said. That source did not discuss Charles’ relationship with Meghan or Harry themselves at length, but the source did say, “It was fantastic to see them. It was wonderful to have them back in Britain. The prince and the duchess were absolutely thrilled to see them.” Harry and Meghan hadn’t been back together to the U.K. since they stepped back from their royal family roles in 2020, in part due to the pandemic.

It’s worth noting that the report of Charles meeting Lili came out around the same time the royal family revealed it would not share the results of its bullying probe against Meghan. Us Weekly reported that the results actually cleared her name, and the Duchess of Sussex was “disappointed”the public would not see them

“Meghan is a fair boss and never bullied anyone who worked for her at the Palace in the first place,” Us‘s source said. “She’s happy that her name has been cleared from the defamatory claims. She and Harry are looking forward to putting the incident behind them and are happily moving on with their lives in Montecito.”

A second source added, “The couple is disappointed that the results of the review of the investigation will not be shared.”

Kate and William also gave Meghan an Instagram Story only rather than a permanent grid post. They also tweeted a tribute to her with the same message, which will stay up on their account. Their shoutout was also about as basic a birthday greeting as possible: “Wishing a happy birthday to The Duchess of Sussex!”

Meghan and Harry returned to the U.K. in June for the Queen’s Platinum Jubilee events but kept a low profile, returning home before the festivities ended. “They aren’t part of the [working] royal family anymore, and that’s a decision they have taken—but maybe [the public] hasn’t quite accepted that yet,” a source told People of public expectation that Meghan and Harry would be out at more events. “Yes, they were low-key. They paid their respects and went home.”

“They were really here to see the Queen, and they did,” the source added.

Meghan and Harry celebrated their daughter Lili’s first birthday in the U.K., but Kate and William notably weren’t at the party as they had a royal engagement elsewhere that day. A source close to the royal family told Entertainment Tonight that no offense was intended by their absence. “It’s simply a coincidence they fell on the same day,” the source said of Lili’s birthday and Kate and William’s Wales event that caused them to miss the fête. “There was no intended slight.”

Kate, Meghan, Harry, and William were not photographed together on the trip nor did any reports come out of them spending time together while Meghan and Harry were there.

The royals’ birthday messages to Meghan today are their first public statement about her in months. They are concise, civil, and polite—make what you will of that. (For comparison, here’s what they did last year: They also primarily did IG stories.)

It’s possible that royal sources will discuss what the family did privately to celebrate Meghan’s birthday in the coming days, of course. But details directly from the royals themselves aren’t all too likely. Never complain, never explain is the family’s longtime policy, after all.