Basquiat's upcoming exhibition at the Montreal Museum of Fine Arts explores the influence music had on the artist’s life and work. 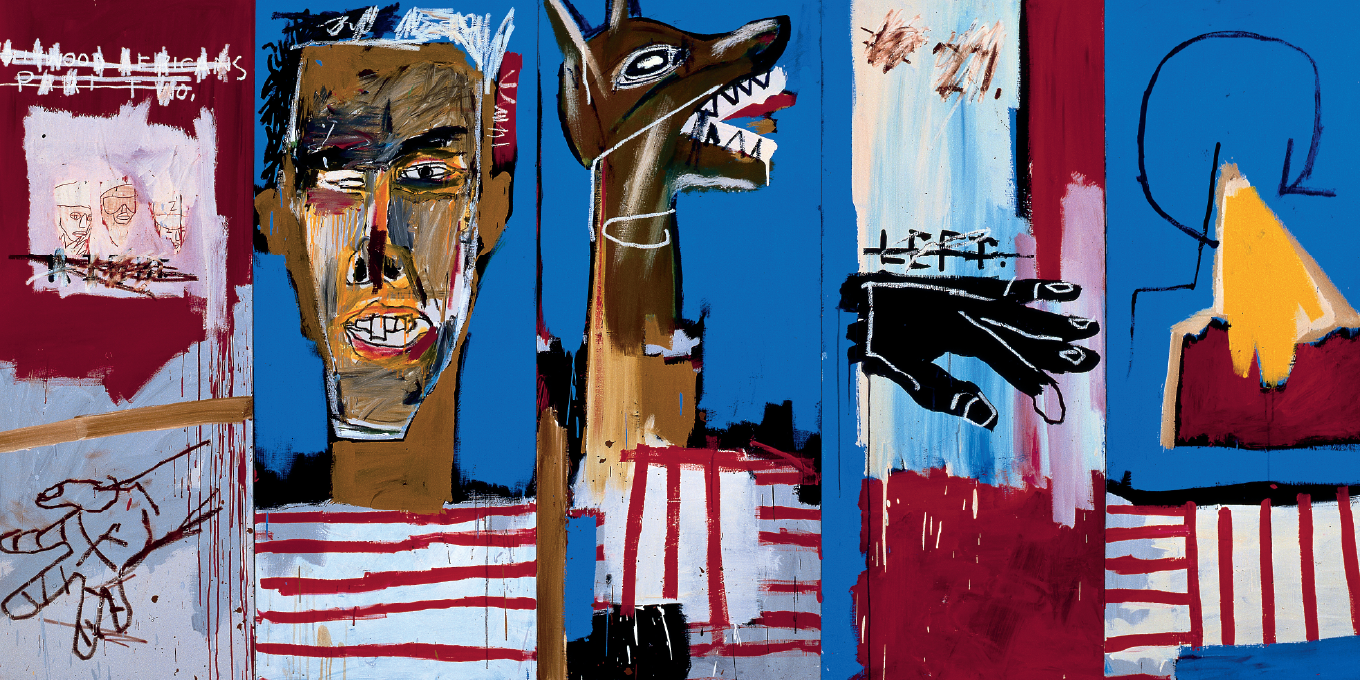 There is no doubt that Jean-Michel Basquiat one of the most important and influential artists of his time. Born in 1960 in Brooklyn, N.Y., to Haitian and Puerto Rican parents, Basquiat was exposed to art and music from a young age. In the late ’70s, he and a friend from school, Al Diaz, became known for their graffiti, which was tagged “SAMO” (short for “same old shit”), on buildings in Lower Manhattan. It was also around this time that he formed the band Gray, which performed at iconic New York City nightclubs including Max’s Kansas City and CBGB. After a group of artists from the punk-and-graffiti underground held an exhibition in 1980 called The Times Square Show that included one of Basquiat’s pieces, his work began to attract attention from renowned curators and critics. The following year, he had a show at P.S.1 art space in Queens, and from then on, the art world couldn’t get enough of the young Black artist. He quickly rose to fame by the mid-’80s.

Basquiat’s neo-expressionist style pulled from a diverse range of influences and combined drawing, painting, images and abstractions in a way that had never been seen before. His work serves as a social commentary on music, pop culture, society, politics, Black history and the Black experience and is still incredibly relevant, despite his tragic death in 1988 from a heroin overdose at only 27 years old. It’s also highly sought after by collectors across the globe and will soon be on view at the Montreal Museum of Fine Arts (MMFA).

Running from October 15, 2022, until February 19, 2023, À plein volume: Basquiat et la musique is a collaboration with the Cité de la musique Philharmonie de Paris. This is the first major exhibition devoted to music’s place in Basquiat’s work, bringing together more than 100 of his pieces and numerous sound clips, video excerpts. and archival documents. We spoke with Mary-Dailey Desmarais, the MMFA’s chief curator and co-curator of this exhibition, about the importance of music in Basquiat’s work, how it influenced his art and life and what to expect from the show. 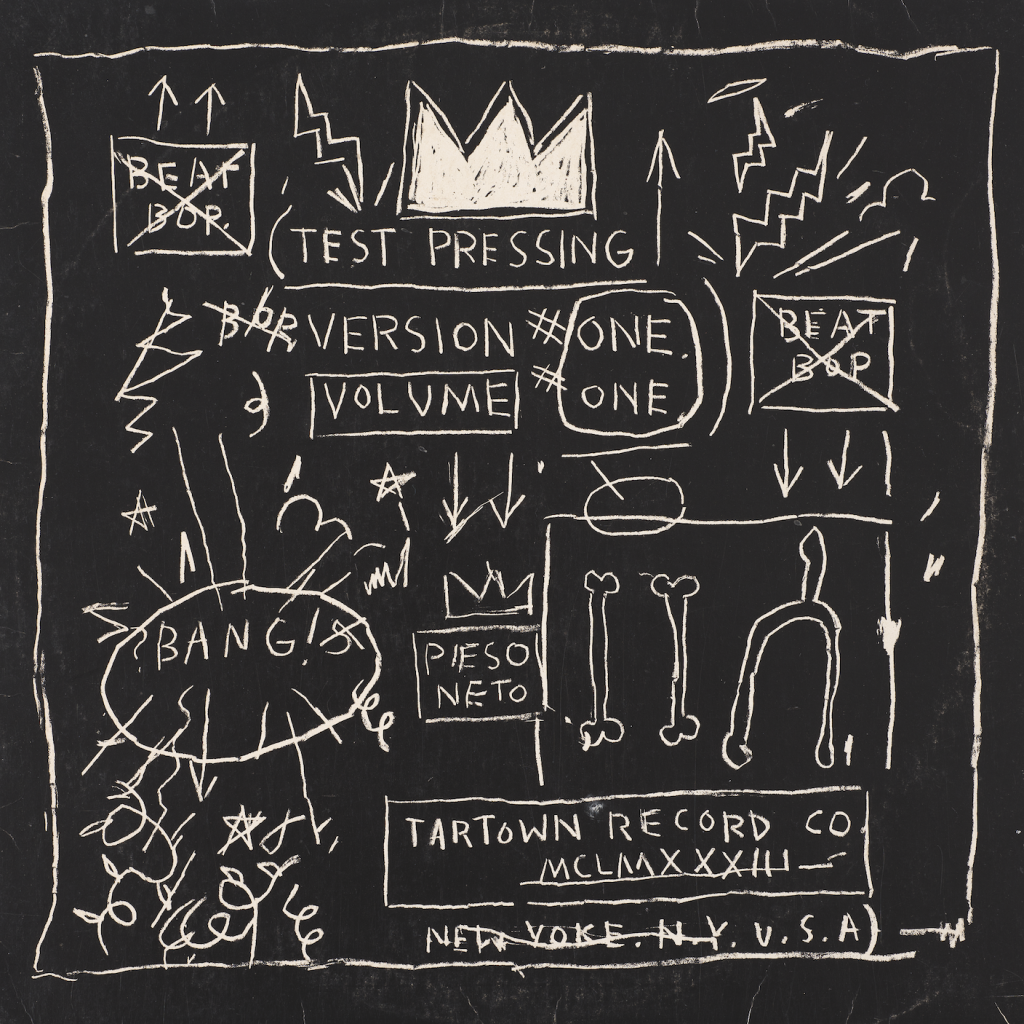 How long have you been planning this show?

“Four years! The MMFA has developed a trademark of doing great interdisciplinary programs, as has our partner Cité de la musique.We realized that there had never been an in-depth exhibition that looks at the critical role that music played in Basquiat’s work. We wanted to bring that to life and create a different kind of show—looking at not just the music that he loved and the music scene that he participated in but also the extent [to which] it structured his paintings and sculptures, the way he cited many musicians and how he identified with musicians. We are also shedding new light on his own brief career as a musician in the band Gray. We wanted to produce something that was different and focused while being interdisciplinary and authentically reflecting his life and work.”

It’s a perfect fit because Montreal is such a musical city with a rich music history in its own right.

“Yes, and we are working with wonderful people like Michael Holman, one of the other founders of Gray, who has been an important resource on the team. Hip-hop ambassador to Canada Kardinal Offishall has also contributed and helped get us in touch with a lot of musicians whom Basquiat has had an influence on. I hope it resonates with people and that it generates excitement. There have been great studies of Basquiat’s work, and we wanted to make a contribution to that scholarship for music lovers.” 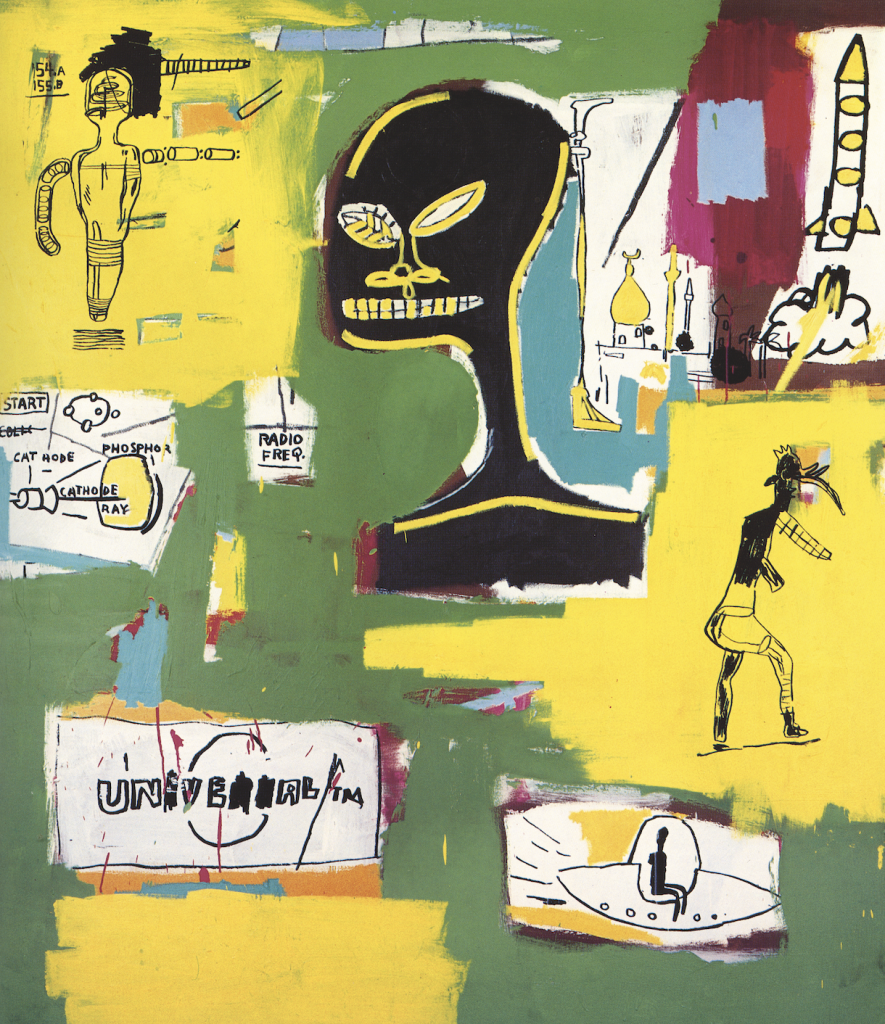 What are some of the immersive experiences visitors can expect?

“One of the things we really want to do is immerse viewers in the cultural scene that Basquiat was in. You can—in certain instances scan a painting with your phone and see the work in its original context. There are also several films among the art in the exhibition to make people feel like they are at a concert or nightclub. There’s a lot of music from the late ’70s and early ’80s, and some sections have spatialized sound. Basquiat was someone who incorporated ambient sound into his work—sometimes you would see a citation of a cartoon or sound. One room in particular will have these stunning works of art [exhibited] with auditory surprises where visitors will hear [things like] Popeye being smacked, a car crash or a piece of music that Basquiat would have listened to.”

What do you want viewers to take away from this show?

“An understanding of how important music was for his paintings. He wanted to make them musical, but he also identified with musicians and depicted them [in his work]. As an artist, he made it one of his goals to pay homage to Black visual artists who had been marginalized in the history of art. He confronted a lot of racism in his daily life, and he depicted that in his paintings through music music was one of the ways in which he confronted and condemned racial politics in the U.S. Basquiat also engaged with the thematics of the African diaspora, and he was very interested in the way music can preserve and transform cultural form. There is a very deep link to his life, a link to Black culture more broadly, in which he was engaging with music, and that’s important to get across.”

Read more:
In the Studio With Canadian Artist Esmaa Mohamoud
5 Brilliant Canadian Artists and Illustrators to Watch
For Artist Chloe Wise, It All Comes Naturally