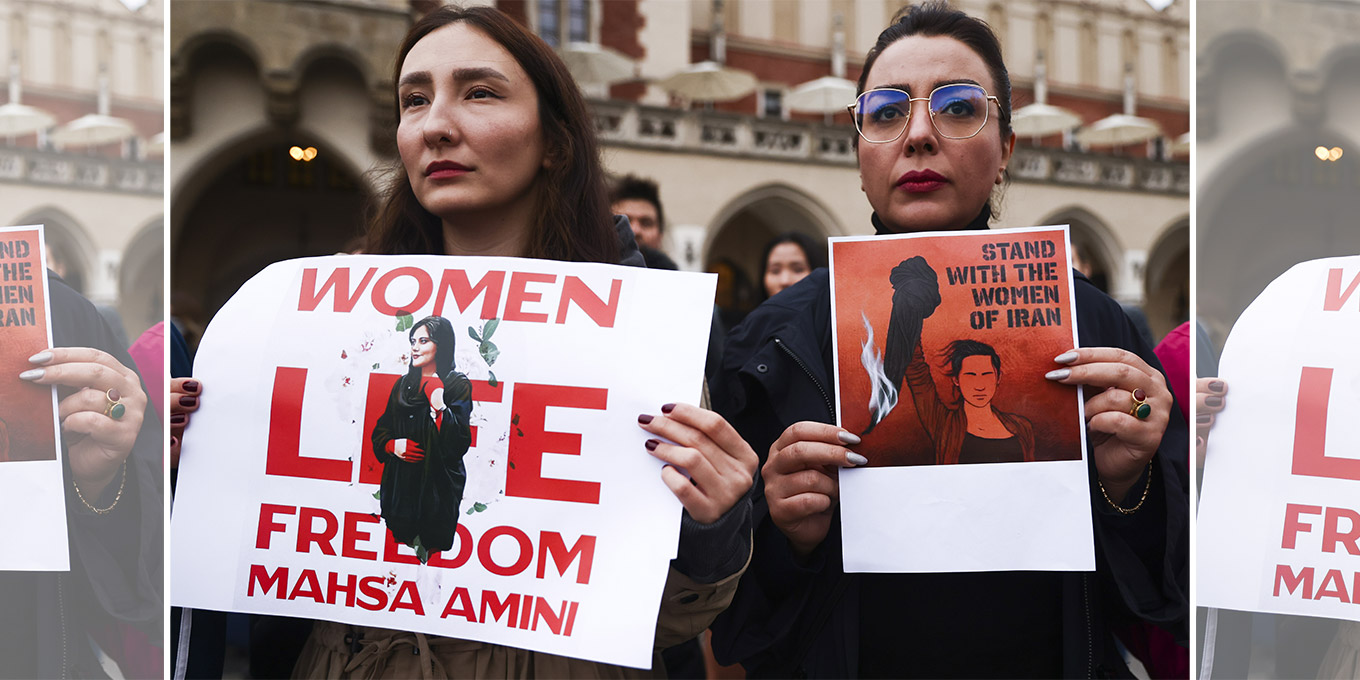 “Woman, Life, Liberty!” this slogan has filled Iranian streets as the women chanting it have risked their lives by protesting, headscarves off and in the air, held by raised fists. A few months into the uprising, they are still on the front lines of an unprecedented wave of popular support that is shaking the Iranian regime. Serving as inspiration for women all over the world, this movement is feminist through and through.

Exposed hair was the match that lit the powder keg. After three days in a coma,  22-year-old Kurdish-Iranian Masha “Jina” Amini died of suspicious causes in hospital on September 16, 2022. After allegedly violating the country’s strict dress rules, Amini was arrested by the morality police—a squad tasked with monitoring if, how and when women respect this dress code.

Amini’s death was enough to spark the rage of Iran’s citizens—especially women throughout the country who have since been uncovering their hair and burning their head scarves or cutting their hair in defiance. They’re not alone either—female protesters have been joined by thousands of other men and kids also protesting the theocratic regime.

Since 1979, Iranian women have been relegated to second-class citizen status, subjected to male guardianship, excluded from public life, and forced to hide their bodies. According to Amnesty International, morality police regularly submit women to arbitrary detention and torture, among other abuses. The hijab mandate has become more than a religious symbol in Iran, turning into a personification of power and identity for the regime itself.

Protests, which started as a response to restrictions on women, have evolved into a movement to overturn the government. Armed with their courage, people in the streets risk brutal police violence perpetrated with clubs, water cannons, tear gas, rubber bullets, and real bullets too. State officials have currently acknowledged at least 300 civilian deaths since the protests began in September. 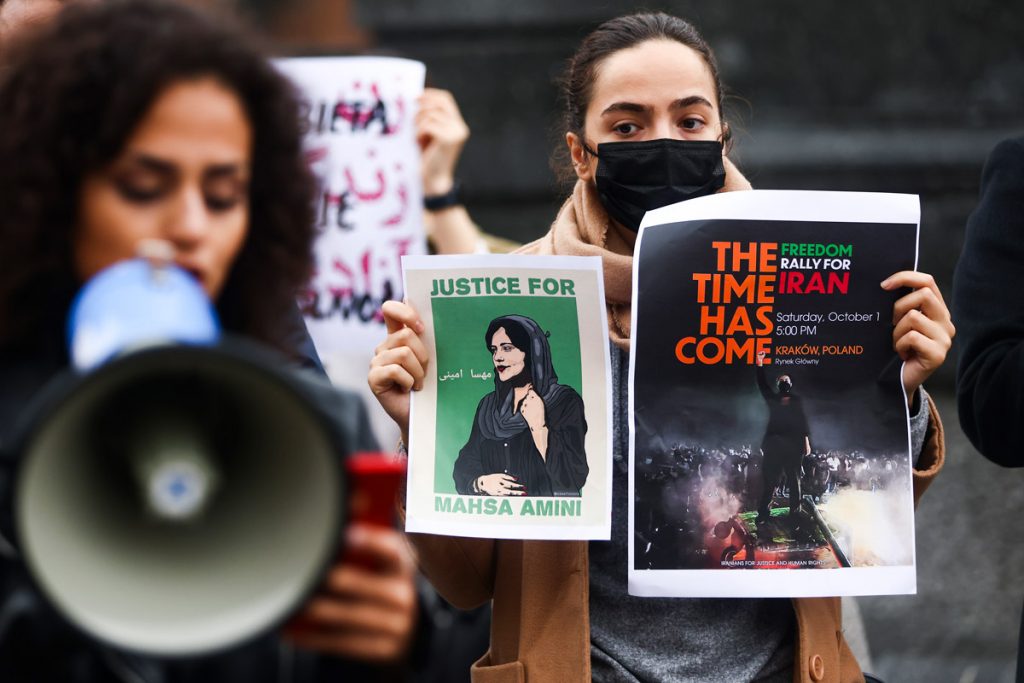 According to authorities, Mahsa Amini suffered from cardiac problems—something her family denies. Suicide allegations have also been used to try and cover up the deaths of young protesters, including Sarina Esmailzadeh, 16, who was beaten to death by clubs, and Nika Shakarami, 17, who was hunted down by security forces before disappearing and turning up in a morgue 10 days later.

Given the violence the Iranian regime is willing to inflict on its people to hold on to power, the list of victims continues to grow. In 2019, the Islamic Republic was behind another bloody repression, brutally quelling dissent around increasing fuel prices caused by the country’s deepening economic crisis. According to a Reuters investigation, some 1,500 people were murdered in under two weeks. The government had isolated the population from the rest of the world by imposing internet blackouts.

The Iranian government continues to maintain its hardline stance, refusing to take responsibility and projecting blame on the West, which it accuses of instigating the movement. Despite all the risks they face, the women of Iran don’t seem willing to bend to their Goliath’s will. Their hijabs have become a symbol of female oppression tied to their rights—to choose what they wear, say, and do—being so thoroughly violated.

This fight has inspired a worldwide solidarity movement, too. Tens of thousands of people have already gathered in cities around the world to show support for Iranian women, not to mention social media campaigns spreading the word too. In neighbouring Afghanistan, the Iranian uprising is giving hope to Afghani women, who have been forced to challenge Taliban policies that strip them of their rights, especially to education and employment.

According to the female researchers behind a 2018 study on the hijab as an emblem of state ideologies in Iran and Turkey, the time has come to reconsider the headscarf, and how it’s exploited by international political and religious institutions for their own policy agendas. For instance, in both Turkey and Iran, there were long-standing secular traditions that banned hijabs from public spaces, notably universities. The study goes on to say that in both countries, women haven’t enjoyed the right to choose to wear the hijab or not, and that’s actually galvanized them in their struggle for recognition—to veil or not to veil.

Read more:
ELLE 100: Women That Are Changing the World
Wake-Up Call: How These Women Have Escaped Cults
Living the Soft Life