Following up our Instagram conversation with Sophie Grégoire and yoga teacher Colleen Saidman Yee, we're looking into the body image issues women have, from childhood to old age. 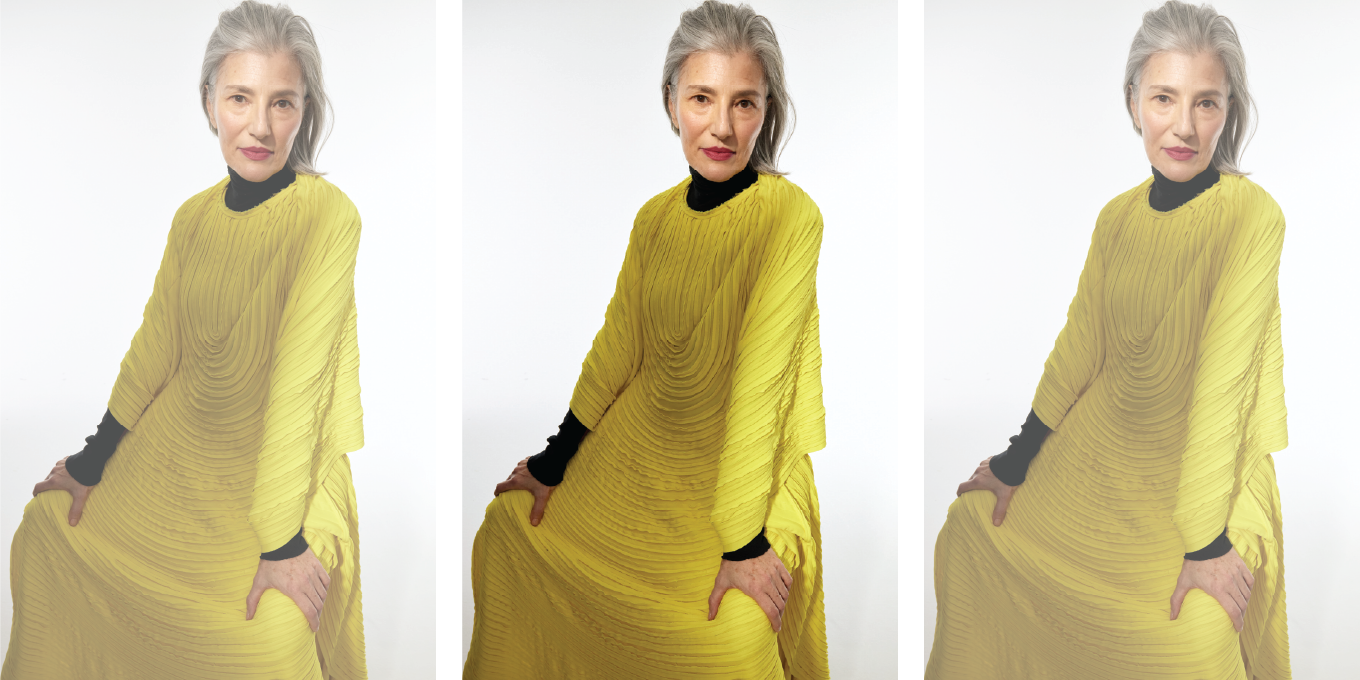 Last week, Sophie Grégoire hosted an Elle Canada Instagram live chat about body image and ageism with model-turned-yogi Colleen Saidman Yee. As they talked about learning to accept change, a moment stuck with me: Saidman Yee stated that two of her daughters had body issues going back to when they were six years old. Though that’s incredibly young to have self-esteem poison course through the nervous system, it wasn’t entirely surprising, which itself is upsetting. I remember all too well my mirror when I was 12, spending hours locked in my bedroom in front of my full-length foe, horrified as my thighs filled in a space that had been empty throughout childhood. Twenty-two years later, I still try to use the force to sever everything below my navel when I catch a reflected glimpse.

According to Lisa Ann Butcher, owner and director of Three Sisters Clinical Counselling in Vancouver and Kelowna, B.C, my timing was logical. The clinical counsellor tells me body image issues tend to be most acute at significant change stages, like pregnancy and post-partum, often starting during puberty when girls’ hips (and the thighs and butts attached to them) get fatty deposits, as estrogen wreaks havoc in preparation of hypothetical babies.

Butcher knows the difficulty of morphing bodies firsthand— previously, she was a springboard diver, who competed internationally. This is how she became interested in issues of body image, self-esteem and eating disorders, problems widespread in competitive sports: “Friends of mine who were previously athletes or have gone to the Olympics actually really struggle with identity once they get out of their sport and their body changes,” she says.

Though my hourglass figure has become desirable again in recent years—for how long my permanent form will be trendy is anyone’s guess—my teen era was in the early 2000s. It was the reign of Britney, sadistic low-rise jeans and tiny asses splashing the pages of Seventeen. Though I now wish I hadn’t had that magazine subscription, I realize I’m still better off than today’s teens who scroll through Instagram’s never-ending supply of anxiety-and-insecurity-inducing photos legitimized by likes. “Kids will be in my office, and they’ll ask me, ‘what do you think of this picture’ and they’ll show me their phone […] all validation is coming externally,” says Butcher.

With enough makeup tutorials, workout videos and the resurgence of the Kibbe body type system that divides all women into five neat categories flooding TikTok, Facebook and YouTube channels, we’re not headed in a less image-obsessed direction. Messages about loving yourself are never more infuriating than when delivered by a blonde beach body holding a green smoothie. To counter the flood, Butcher urges parents to minimize their children’s social media consumption and not let them have phones in their rooms at night—many of us could benefit from a good old alarm clock.

In a season two episode of Euphoria, Kat (who overcame body image issues and became a cam girl in season one) has a waking nightmare about being hounded by a group  of perfectly fit influencers, yelling at her to love herself. Kat’s distressed response: “But that’s what I’m trying to tell you: I fucking hate myself!” is a reminder that these issues are so deeply rooted that no number of supportive parents, lovers or toxically positive online spokespeople telling you you’re pretty can change your opinion of yourself.  In this, we gloss over an emotion that is  unmentioned in the lifelong struggle of body image: anger. It makes me angry to realize these pressures defined my self-image, to know they still affect me, to passively watch the cycle get worse without having the power to change it, to have my eyes wide open and continue to seek Pavlovian-style validation. Being told you’re beautiful is also a drug, a little shot of dopamine straight to the ego. People have been telling me I’m pretty for as long as I can remember, meaning those words sunk into my brain as a child.

Butcher emphasizes the importance of reinforcing girls’ qualities other than beauty, so their self-esteem is tied to other things than their physical appearance. This obvious fact is made even more infuriating by the necessity to repeat it. I’ve often joked it was good I had a terribly awkward-looking phase in my early teens because it pushed me to become funny and creative. As I age, I think I was onto something.

What’s finally detracted attention from my body insecurities is time–the grey streaking my dark hair and the war I wage against my skin with an army of elixirs. We’re expected to age gracefully, whatever that means. Rather than beauty fading, Butcher wants us to call it changing: “I always like to focus on that kind of acceptance idea as a process as opposed to an outcome […] If we’re walking through our lives, we don’t get to the edge of a river in the middle of our walk and say, ‘Well, I’m just going to stay here for the rest of my journey.’ We build a bridge and go over the river and we see what’s on the other side.”

We live in a content-filled world where images are comparisons highlighting our flaws, where comments from partners about attractive people who check traditional beauty standard boxes make us take out our soap box, evoke the male gaze and the commodification of female bodies with a sad lump in our throats. Butcher emphasizes how our constant dissatisfaction comes mostly from within, and we need to dig at the why to find some version of peace.

Over the years, I’ve been able to reconcile somewhat with my loathed parts by seeing them in people I’m attracted to and realizing they don’t change my attraction. I figure I’ll handle aging best if I have a plan: I refuse to dye my hair because my older brothers have long since gone grey and would never be expected to conceal it. I’ll put next to anything on my skin, but I won’t alter it in any way. I’ll keep trying to accept changes as a lifelong project without faking it if I can’t. If all else fails, I’ll still have my jokes and a pinch of anger. Consider letting your anger take up space from time to time—you’ve already been told what you should look like your whole life, you don’t need to be told how to feel about it too.

Follow us on Instagram to follow the next live discussions of It’s Ok To Be Not Ok during which Sophie Grégoire will chat with Catherine O’Hara, Serena Ryder and more.