How to Live a Life That Makes Self-Care a Priority

Etalk's Traci Melchor explains why leaving her dream job was part of her ongoing journey to living a life where self-care is the priority. 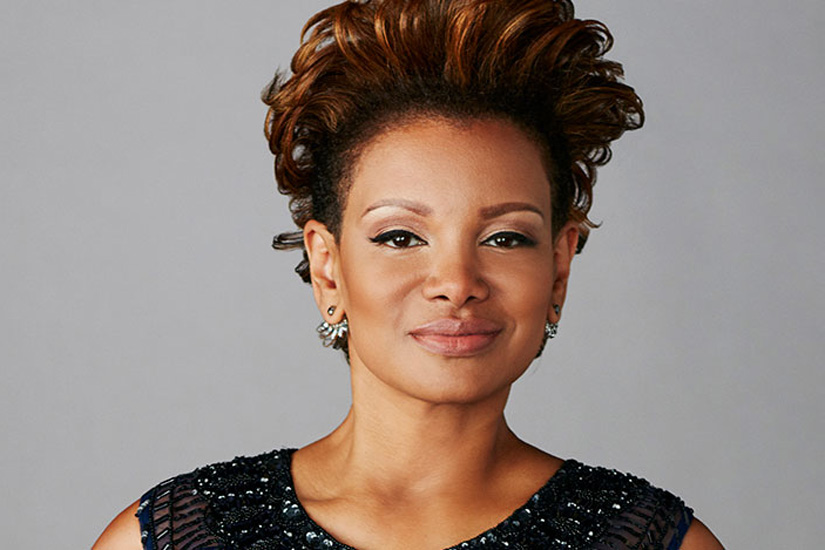 “The only way I can explain it is this: If my life were a Jackie Collins novel, she would have described it as a nervous breakdown. So much was going on—from my cancer diagnosis and family issues to the death of my best friend and mentor, television personality Chris Hyndman. I was also juggling two jobs—I was on The Social in the morning and Etalk at night—and I was a full-time single mom. I didn’t realize how deeply all of it was affecting me. In hindsight, I was not eating right. I was not sleeping at all. I was checking off all the boxes for everybody else, and I put myself at the bottom of the list, as a lot of women do.

“I was running non-stop until I hit a wall on Bell Let’s Talk Day in January 2016. There was an author coming on The Social who had lost her son to suicide. I had read her book and I knew something was up with me, but I couldn’t put my finger on it. I broke down in tears during rehearsal and didn’t do the segment. I ended up filming half the show thinking ‘Wow, that was a close call! I hope no one noticed.’ After that, my VP pulled me into her office and said: ‘Traci, what’s going on? Are you okay? What do you need?’ And that was it.

“It’s one thing in the office to say ‘Yes, I’m taking some time off.’ It’s another thing when you’re at home. I felt guilty. I felt  like a failure. I asked myself: ‘Are you kidding me? You’ve  got these two great jobs, your children are healthy and  you’re healthy now. How dare you?’

“For the first two months I was on sick leave, I went to therapy. I went to my family doctor. I did hot yoga. I got acupuncture. I meditated. I did all the things I was supposed to do, but I was too busy checking things off the self-care list—I didn’t focus on healing myself internally. I still thought ‘I should have my ass at work.’ Three months in, my friend, TV personality Teri Hart, said to me, ‘You realize you actually have to commit to changing something that has been a part of your behaviour forever.’ I was fighting it. And then the light went on, which gave me permission to say ‘You don’t have to feel guilty about wanting to take care of yourself. You deserve a break to sit in your feelings, heal, grieve.’ And so I allowed myself to feel and heal.

“I took off about six months in total, and then I went back to Etalk in August 2016. I decided not to return to The Social because I was happy and fulfilled with my duties at Etalk and I didn’t want to put too much on my plate. With my current schedule, I am able to take care of myself. And it opens up a world outside of work for me and my kids. I miss the show—the amazing women and amazing crew—but not the double duty.

“Here’s what I learned: I think that multi-tasking is bullshit. People aren’t meant to multi-task because it means that you’re not in the moment and not being mindful. I read Shonda Rhimes’ book, Year of Yes, about saying yes to everything that scared her. It’s my Year of Yes, and I learned how to say no to other people.

“Ask for help, and you can let some things go. Sometimes your bathtub is going to have a ring around it. Sometimes the vacuuming is just not going to get done. The world is still going to turn. If you have the choice of doing the dishes or being social, be social. (Okay, I am most likely going to do the dishes first…this is still a work in progress.) But I’m not that precious about the things I used to micromanage anymore.

“When you have a broken leg, you put a cast on it and people can see it. Mental-health issues are obviously harder. They’re harder because you have to go see someone to be diagnosed and you have to be honest and forthcoming with how you are feeling. People are more likely to speak to their doctor about a physical ailment versus a mental-health concern. Even if you don’t want to talk much about your challenges with people in your everyday life, it never hurts to make an appointment with your GP for that conversation.

“I know self-care sounds like a buzzword now, but we have seen what happens in real life—in Hollywood, in politics and with our friends—when people don’t take care of themselves. I’m just really passionate because I want everyone to feel good and stay fabulous. I am grateful we’re talking about this because if it helps one person, it’s worth it.”

1. Packing a lunch. “Oprah brought her lunch to work, so I thought, ‘I’m going to bring my lunch, too!’ It helps with my routine, it helps me know what I’m eating, and it helps to save money.”

2. A Seasonal Affective Disorder (SAD) lamp. “I have one on my desk at work and I use it between September to April for at least 15 minutes a day. When it’s really dark outside, it can affect people’s moods.”

3. Morning workouts. “Twice a week I try to get to my spinning class at Quad or Barry’s Bootcamp at 6:30 a.m. I used to try to exercise after work, but it just never happened. A lot of my Etalk co-workers work out in the morning, but I never was a morning person. Then I thought, ‘You know what, I better get to be a morning person.’”

4. Mindfulness. “You really have to try to be in the moment. I’m a big believer in the Oprah’s SuperSoul Sunday podcast and Tony Robbins’ podcast (I’ve been to some of his seminars). I also use the Calm app on my smartphone to meditate.”

5. Inversion therapy. “Part of my job is to research celebrities. When I’m looking for answers to lifestyle questions, I Google how celebrities handle it, because they have the access to the best of the best. In my research, I discovered that many of them use inversion therapy and this was one of the treatments I found that appealed to me. So now I have an inversion table in my basement and I go upside down every morning and evening for about two minutes. You don’t even need the table, you can just lie down and put your legs up against the wall and stay there for a few minutes.”

A version of this article originally appeared in the February 2018 issue of ELLE Canada.