How to Cope When the World Feels Extra Scary

The world feels extra frightening right now. What should we do? 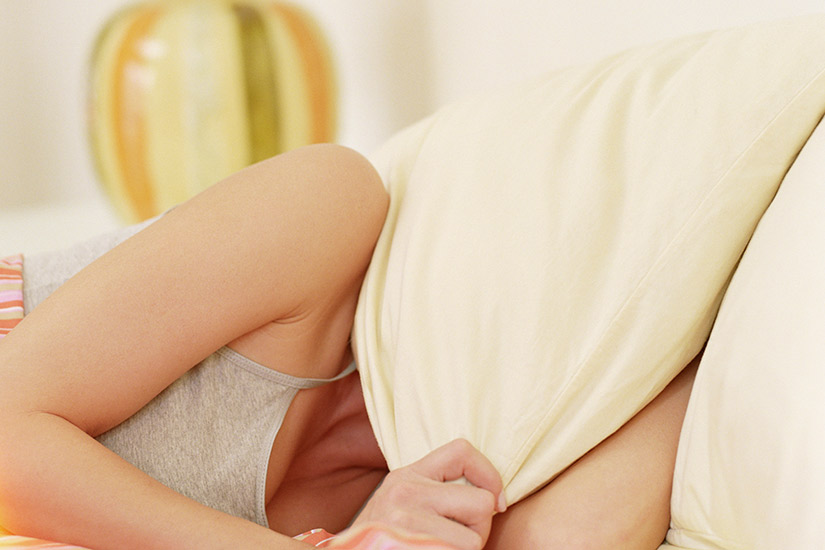 Here’s an impossible task in 2017: Go an entire day without hearing someone—be it on TV, on the Internet or in the office elevator—use a phrase like “in today’s world,” which we all know is code for the messed-up, scary, terrible-things-in-over- drive moment in time we live in. If you feel like there are more things than ever for you to worry about (and that’s not even including the stuff going down in your personal life), you’re not alone—and you’re definitely not wrong in feeling overwhelmed by it all.

“Before social media, we used to hear about world events in a factual context, like a newspaper,” explains Dr. Mithu Storoni, author of Stress Proof: The Scientific Solution to Building a Resilient Brain and Life. “Now, with social media, we have this instant coordinated group reaction to negativity, which makes you feel like more things are impacting you personally.” Whether it’s terrorism, Trump or the threat of World War III, recent events mean we’re living in a particularly uncertain time—and that’s a huge stressor for us humans. “Our brains have a bigger stress response to anticipating pain—which may not even come—than they do when we’re actually hurt,” she says. “News is essentially a report on things changing, and combined with the fact that it’s presented in a more hyped-up, emotional way than ever, we’re engaging with uncertainty much more frequently.” And since isolation in a Wi-Fi-free cabin isn’t really an option, what you need is these expert-approved strategies for finding calm in Crazytown.

“A disturbing world event just occurred, and I’m both scared for myself and overwhelmed with sadness for those affected.” If you’re scared, that’s your body’s fight-or-flight response kicking in. Your brain reacts the same way whether you’re faced with a real threat or a perceived one. And given that most of us relate a world tragedy or natural disaster to our own lives—Could this happen here? What would I do? Are we safe? What if someone I love were there?—the fear floodgates open and your body tends to react in much the same way as if you were in actual danger. Think adrenalin pumping, heart beating faster, blood pressure soaring and anxiety. Breathing exercises are the best way to control this immediate response, says Dr. Ruth Lanius, director of the post-traumatic stress disorder (PTSD) research unit at Western University in London, Ont. (They help regulate the autonomic nervous system, which controls all of the above symptoms.) Try breathing in for five counts and out for five counts, or take a deep breath, hold it for five counts and slowly exhale. If you feel sad, that’s normal too. “Being empathetic and caring are good things,” says Vivien Lee, a psychologist with the Centre for Addiction and Mental Health’s physiological-trauma program. Volunteering or giving back can minimize the feelings of helplessness that follow these traumatic events. (We’ll get into that a bit later.) If you still feel jittery in the weeks that follow, try assigning yourself “worry time,” says Lee—15 minutes a day to bask in your anxieties. Or come up with a safety plan. Sure, it sounds like something your super-keener fifth-grade self would have organized, but a lot of our fear stems from our lack of control over a situation. So, if arranging a meeting point for family and friends in the case of an emergency or Googling a venue’s security measures or the latest travel advisories makes you feel better, that’s okay, says Lee.

“I saw something awful on the news, and 10 seconds later I was laughing at a goat video. Now i feel like a horrible person.” Ah, yes, the classic “I feel bad for not feeling bad.” Don’t, says Storoni. Instead, congratulate yourself on having an evolved response to the hurly-burly of modern life. She compares your prefrontal cortex to a conductor who directs the orchestra of your brain and tells it where it needs to allocate its finite resources. That helps to explain why you might have had an overwhelming emotional reaction to the first terrorist attack you can remember but as time goes on you find yourself moving on quicker and quicker. That’s a good thing. “In order for you to survive as a human being—do things like get up, go to work, make decisions—you can’t have excessive emotional reactivity because it takes up resources within your brain,” explains Storoni. “Your brain copes by reducing your reactivity to the same kind of story over time. It actually saves your life by doing that because it helps you maintain control of its overall performance.”

“I just saw a relative post something ignorant on Facebook, and I want to cry/punch someone.” Walking away from your phone is a good, obvious first step—but it’s what you do afterwards that will make all the difference to your elevated cortisol levels. “The worst thing you can do is flop on the sofa and rest,” says Storoni. “You can disengage from the situation physically, but if you’re replaying the scene over and over in your mind, your body continues to experience the stressful event because it’s triggering that same emotional reactivity.” Instead, do something that absorbs all of your attention, like Tetris or a super-intense run. “That stops your emotional brain from running away with itself and significantly shrinks the intensity of a stress episode.”

READ MORE: Feminist books to pick up this month

“I’m fine all day, but the second my head  hits the pillow my brain turns into a  wasteland of anxiety, stress and worst-case scenarios.” The Nocturnal Journal is the  brainchild of Lee Crutchley, a writer who says the “tl;dr” answer to what keeps him up at night is “literally everything.” So the overthinking insomniac created a workbook of activities to help you harness the power of that other kind of woke (the kind you don’t want to be). “We have permanent, uninterrupted access to everything and everyone, and the whole time our own brains are fighting to be  heard,” he says. “We constantly push our thoughts and  feelings to the back of the line…unless they’re worth tweeting, of course.” When you try to sleep, however, there’s a vacuum of stimuli…and all those ignored thoughts come rushing in. Now, this book won’t necessarily put you to sleep, but it will take all of that racing, urgent inner dialogue and focus it into something positive. Take the exercise that asks you to stare into an existential black hole and write or draw what looks back at you. “These days, it’s likely an advert, a news update or someone else’s post staring back at us,” says Crutchley. “It’s rarely our own abyss. It’s so important to sit and be you, without outside influence and stimuli. It can be terrifying to have only your own brain for company, but it’s much more rewarding than staring into other people’s lives, and it’s definitely less terrifying than the news.” If you still find yourself counting sheep, Storoni recommends getting at least 30 minutes of daylight three times a day. (This regulates your body’s release of sleep-inducing melatonin.) Also, eat early (there’s a scientific explanation for this, but trust us: It’s better for your body clock) and stop scrolling Twitter in bed—the anxiety-producing news and circadian-rhythm-disrupting blue light are the perfect storm for an unplanned all-nighter.

“I want to help, but  it doesn’t feel like  the $40 I throw at  the Red Cross is  enough.” Yep, somehow, writing a cheque doesn’t  inspire the warm fuzzies. Our  experts suggest thinking smaller and volunteering locally—even if it’s for a cause that’s unrelated to global headlines. “[Any volunteer work] can help to build a sense of community, which is so important after scary and isolating events,” says Lee. Studies have shown that volunteering helps protect against depression and loneliness and even reduces the likelihood of developing high blood pressure (the latter for people over 50). Not sure where to start? The app Meetup connects you to people and causes—from knitting blankets for the homeless to linking new Canadians to community resources.