How Blair Waldorf encouraged one woman to follow her dreams

This summer, ELLE Canada asked our readers to write us a 700 personal essay on "the fashion moment that changed your life". The winner chosen by our panel of big-deal judges, published in the November issue. Rebecca's piece was selected as one of our runners up. 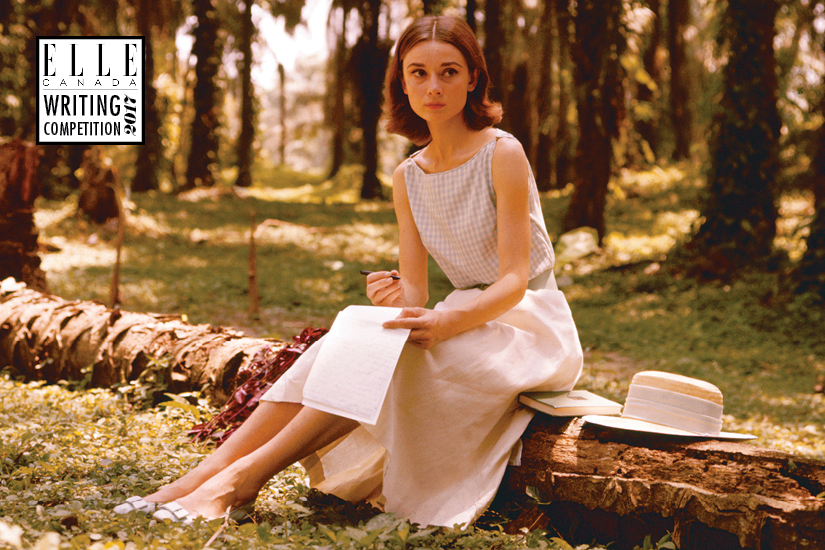 “Wishing For Waldorf” by Rebecca Mangra

The first moment I realized that clothes were more than something we drape over our bodies was when I watched a YouTube video of Leighton Meester playing iconic Blair Waldorf on Gossip Girl. In the scene, she tells Chuck Bass (played by Ed Westwick) to get off of a rooftop. She wore a fitted grey wool coat and a black beret tipped to the side, her lips a glassy maroon. The video spiraled into an investigation of who Blair Waldorf was and why she entranced me so. After watching Blair in her pencil skirts, red satin hairbands, white lace tights, Jimmy Choos and red Valentio dresses, I realized that she was my fashion spirit incarnate. The impeccably tailored dresses (my favourite: the black and silver Alberta Ferretti dress worn to seduce Chuck in the season two finale) and the artfully selected jewelry (my other favourite: the iconic Erickson Beamon necklace Blair receives in season one) all offered me a map of how I could use clothes to not only express who I am, but who I want to be.

My fashion fantasy altered on the first day of eighth grade. My middle school required uniforms, so in order to add a luxurious touch as Blair would, I unraveled a black satin ribbon off of a perfume box of my mother’s and tied it under the collar of my white shirt. When I met my best friend in the field across from our school, she asked me, “Are you sure you’re wearing that?” It was an innocent question, one asked mostly out of fear because I had a strict teacher that year. I decided to take off the ribbon. But as I look back on that day, as I hold it up to the sun to see it more clearly, I realized it planted a seed of self-doubt. Could I, a five-foot Guyanese girl who lived in Jane and Finch, a neighbourhood constantly slandered in the Toronto media, truly ever hope to embody the refined elegance of Blair Waldorf?

In my youth, the television I watched and the magazines I bought predominantly featured white women in the spotlight. To be honest, this did not faze me as much as it should have. Jane and Finch has people of many colours walking along its streets, laughing inside its convenience stores, and playing in its parks. At school, almost all of the children in my classes were second-generation Canadians. Our parents were incredibly strict but also extremely loving, in ways we took and continue to take for granted. I saw reflections of myself everyday at recess, as I climbed the monkey bars or kicked boys in the balls for trying to catch me at tag.

Blair became a frosted dream that I closed up for a while; a sweet vision that I assumed I could never faithfully reproduce for myself. Instead, I chose to embody other traits of Blair’s that she is less known for—her commitment to her friends, her capacity of love for the people around her even when they don’t deserve it, her determination and most of all her intelligence. She was by no means perfect, but for me as a quiet girl who loved to read and disappear in the background, Blair’s spunk gave me the courage to stand up for myself and call out people for their bullshit. All I ever tried to do was to take up space, space in a world that constantly sought to define me in strange ways.

For example, I get asked often, “You’re Guyanese?” after I tell them that I am. It makes me question what they were expecting: who is a Guyanese woman? Does she wear Caribana gear on the weekends and sip coconut water at her desk? Does she greet you with a cordial “Wha gwan?” Can we add to the list, donates her time to the community? Writes code? Composes music?

In my journey as a writer, I’m learning to work through my insecurities instead of letting them dictate who I should be. No, I’ll never be an Upper East Side socialite with perfect skin and an expensive wardrobe. But one day, I’ll buy a pair of black Manolos and step forward knowing that Blair would be proud of me for following my dreams.

You can check out the winner of our writing competition here, and read the piece by our other runner up here.