Have millennials been set up to fail?

Call them the young and the restless. 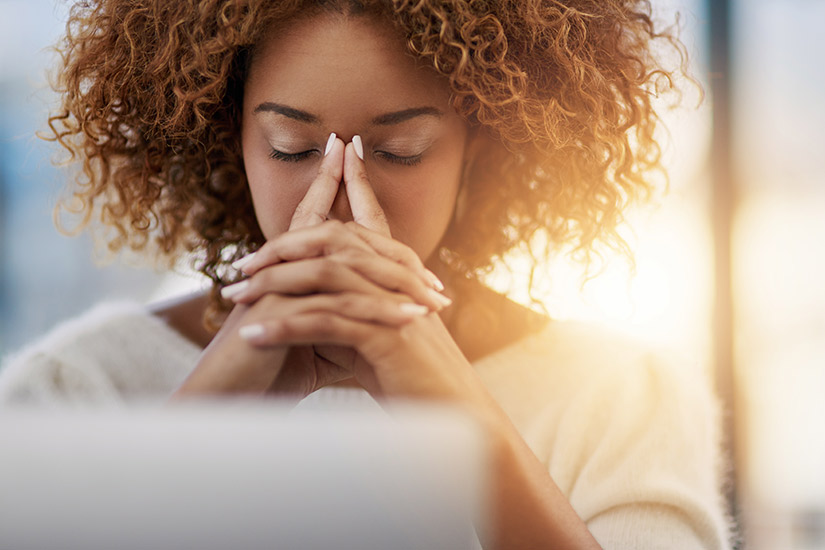 At the risk of sounding like the “entitled, self-absorbed” cohort my generation is alleged to be, I think millennial women are amazing. We are accomplished, tech-savvy multi-taskers who balance out our not-so-healthy social-media obsessions with a will to educate ourselves and the world around us about things that really matter. Yet, in a level of irony that Alanis Morissette would appreciate, many of us feel empty. Imbued with an insatiable longing for the next-anything-better-than-what’s-on-our-screens-or-in-front-of-our-faces, we are plagued by “millennial malaise.”

When I graduated from university, I felt unstoppable. I had done everything Oprah told me I was supposed to do. I worked hard and got good grades, and now life was supposed to pay me back with a sweet job and a Louis Vuitton. I was supposed to be Carrie Bradshaw 2.0—kicking ass, kissing boys and taking names.

Instead, within a few months, I felt like a jellyfish. I was this jobless, very single being just flailing around. I was living at home and could barely get a call back from my high-school retail job at the mall. I went from top of my communications class to bottom of the part-time resumé pile.

My self-esteem took a major hit. I quickly spiralled into a black hole of self-doubt. Was I not smart enough? Did I show too much cleavage in that last interview? Did my Cameroonian last name prevent me from getting the job? Worse, after years of telling me that men are a distraction, my fiercely supportive single mother said it was time to fulfill my maternal duties as a first-generation African-Canadian woman.

I felt like I had been set up—that what I had been told to expect never existed in the first place.

After a while, things started falling into place. I got a stable, well-paying job, moved into an apartment in downtown Toronto and started tackling my student debt. I knew I was supposed to feel an increasing sense of fulfillment, but it never came. Instead, every “congratulations” felt like an accolade for things I was “supposed to do,” like a gold star for participation.

When I finally started talking to my girlfriends, I realized I wasn’t alone. They, too, felt “regular” and unimportant, less accomplished than anyone else they knew. If comparison is indeed the thief of joy, social media is the thief’s sketchy friend. Each Instagram post about that schoolmate’s $1-million start-up has us questioning whether that master’s was worth the loans we have to repay; every Facebook engagement announcement feels like a deliberate jab in my “Yes, I’m still single” rib.

There’s one friend in particular who regularly reviews what she calls her “bad-decision tree.” She tracks all the decisions that have led her to what she believes is an unsatisfactory career. My friend is well educated and professionally respected, and yet her malaise has made her believe that her career is not enough. I, on the other hand, look to her and think of all the ways she is more accomplished than me, because she is married, pregnant and owns a home. We both feel like we’re losing the game. The question really is, though, what game? And when did we consent to play?

The worst part is that I could not tell you what would ultimately satisfy me. Marriage? Dating apps promise to get us there (or somewhere like it) quicker, accelerating the revolving door of disappointment that is casual dating. Yet, though I hope to marry one day, I know that if the Tinder gods delivered, I would likely feel the same way—still longing for the next thing.

It’s awkward to talk about because revealing that I feel empty or indifferent also makes me feel selfish and ungrateful for the things I have. Lately, though, I’ve started to think that maybe I’ll just have to get comfortable with not being able to name that “thing.” At least we’re yearning for something. And who knows? Perhaps our malaise will drive us to surpass the mediocrity we fear.