Has the Time Come to Critique Diet Prada?

Fashion-industry watchdog Diet Prada has gone from outsider critic to influential force—but with power comes questions of responsibility in the cancel-culture era. 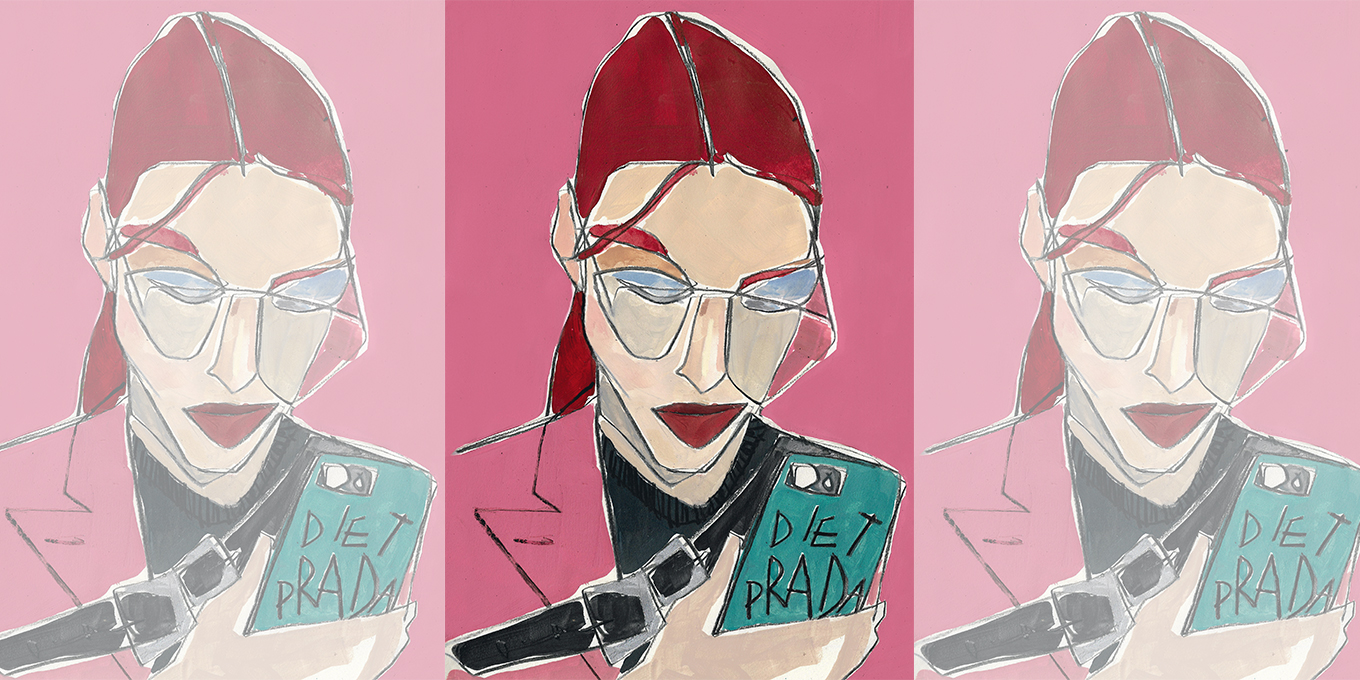 In late 2018, Dolce & Gabbana was on the verge of mounting what would have been the largest fashion show in its 30-plus-year history in Shanghai, China. In advance of the event, the brand released a video that featured a Chinese model struggling to eat pizza, pasta and cannoli with chopsticks. The video was removed 24 hours later—but not before it landed on the Instagram feed of Diet Prada, a self-appointed fashion-industry watchdog, alongside an incisive censure for being racist and offensive. The brand’s co-founder Stefano Gabbana poured gasoline on the fire, exchanging alleged direct messages (also posted on Diet Prada) with a “Dieter” in which he said that those who were critical of the video were “stupid,” called Chinese people “ignorant” and used the poop emoji to describe the country. Gabbana claimed his account had been hacked, but soon there was a mass exodus of models and performers who’d been slated to star in the show and the whole thing was called off. A few months later, Dolce & Gabbana sued Diet Prada founders Tony Liu and Lindsey Schuyler, the once anonymous fashion professionals behind the account, to the tune of almost $4.5 million in damages for the brand and close to $1.5 million for Gabbana himself. Earlier this year, the total number rose to $820 million for issues including the restoration of its brand image, lost sales in the Asian market and the cancellation of the Shanghai show. Though the ongoing defamation suit has been called “outrageous” by Susan Scafidi, the lawyer defending Liu and Schuyler, it underscores the level of influence that one-time-outsider account Diet Prada has achieved since it launched as an amusing way to call out copycat designs. The founders are famously cagey about their resumés and identities, but they reportedly met while working for milliner Eugenia Kim in 2010. Liu went on to run a menswear brand, while Schuyler worked at an eyewear label before launching a consulting business; the duo often shared the same runway critiques, which is what led them to launch Diet Prada in 2014. Since then, the account’s opinion on fashion, cultural appropriation and the wrongdoings of industry power players has become gospel for its 2.8 million followers, who are apt to pile up on and “cancel” those who have been featured negatively on the page.

The fact that Liu and Schuyler are not employed by a brand means they can speak freely on issues that have bubbled beneath fashion’s glamorous surface for years—which has in turn effected changes. Case in point: Diet Prada’s stinger pierced even the Teflon reputations of Gucci and Prada, contributing to both announcing comprehensive diversity and inclusion changes in 2019. Liu and Schuyler’s power to cancel brands, people and products earned them the title of “Most feared Instagram account” by Business of Fashion in 2018. “There’s something about transparency that is really appealing to this new generation,” says Kimberly M. Jenkins, an assistant professor of fashion studies and the founder of the Fashion and Race Database. “What Diet Prada is doing is encouraging everyone to deputize themselves and give themselves the authority to go after someone and drag them [into the public forum].”

Cancel culture has been a successful, albeit controversial, agent of change, particularly for the social-media generation, but within fashion, it seems the tide could be turning toward a different type of transformation. Bolstered by last summer’s Black Lives Matter uprising, a growing number of organizations have sought to move the needle from “cancellation” to “action.” And the success of organizations such as 15 Percent Pledge, which calls on American and Canadian retailers to commit 15 percent of their shelf space to Black-owned businesses, suggests that systemic change is best achieved through actionable commentary rather than blanket criticism. “[Call-out culture] is only powerful when you confront people with solutions or what they should’ve done and what they need to do now,” says Jenkins.

Diet Prada has grown to the same level of importance as the fashion voices it aspired to challenge and has dabbled in social justice and politics with varying results. Some of its posts have been flagged by Instagram as misinformation and even removed, and some have pushed too far, like the one that slammed Gap’s collaboration with Kanye West’s line Yeezy and featured Photoshopped T-shirts emblazoned with “Slavery Was a Choice” and “MAGA”—references to one of West’s more controversial statements and his support for Donald Trump, respectively. The post received backlash in large part for its failure to highlight Mowalola Ogunlesi, the Black female designer at the helm of the collab. It could be argued that this oversight is just part of running in the social-media hamster wheel of ever-changing information, but that doesn’t account for the poor taste of the post. It was subsequently taken down and Diet Prada issued an apology on Twitter, but the damage was done.

“Thanks to Diet Prada’s preference for sensationalism over taking a more nuanced approach, new questions have emerged about its motives and ongoing purpose within the industry.”

Battles often break out in Diet Prada’s comment section that challenge its position or provide context for the issue at hand. And while Jenkins sees this as an opportunity for dialogue and learning, Liu and Schuyler rarely engage, instead moving on to the next headline. Cancelling a brand or person and then “going on their merry way is just being destructive and problematic,” says Jenkins. Thanks to Diet Prada’s preference for sensationalism over taking a more nuanced approach, new questions have emerged about its motives and ongoing purpose within the industry.

“I think it’s important for fashion to be associated with social justice,” says designer Parris Gordon, one half of Beaufille, a Toronto brand she and her sister, Chloé (also a designer), created. “But social media can be so reactive. Sometimes it’s better to take a beat, educate yourself and then get involved.” A few years back, Beaufille was the subject of a Diet Prada post that compared it to Australian brand Ellery with the caption “Can you just admit you’re like the same thing and maybe we don’t need both?”

The Gordons didn’t take offence to the post, citing their similarity to other brands as central to their success. (“That’s how buyers operate—they merchandise similar pieces together, which makes it easier for customers to understand,” she says.) But the snark in the comment section—mainly from Diet Prada itself, which added “Maybe they can both go away”—did sting. “That’s not doing anyone justice,” says Chloé. “We’re both independent female-run brands just trying to survive and put out our vision.”

As we flirt with the end of the pandemic and a possible close to this dark chapter, perhaps more positive voices will take over fashion criticism. Diet Prada has served its purpose, but it’s possible that the account’s tendency for sensationalism could keep it from moving forward. A new generation of social-media critics—including YouTuber Luke Meagher, who posts reviews under the moniker HauteLeMode, and Pierre Alexandre M’Pelé, an influencer turned editor known as “Pam Boy”—approach issues with humour, entertaining pop-culture references and gen-Z-oriented history lessons. Time will tell as to whether these voices will fill in for Diet Prada going forward or if there’s room for everyone, but at the very least, says Jenkins, “the critics should be critiqued.”