From donations and support for refugees to stopping sales to Russia. 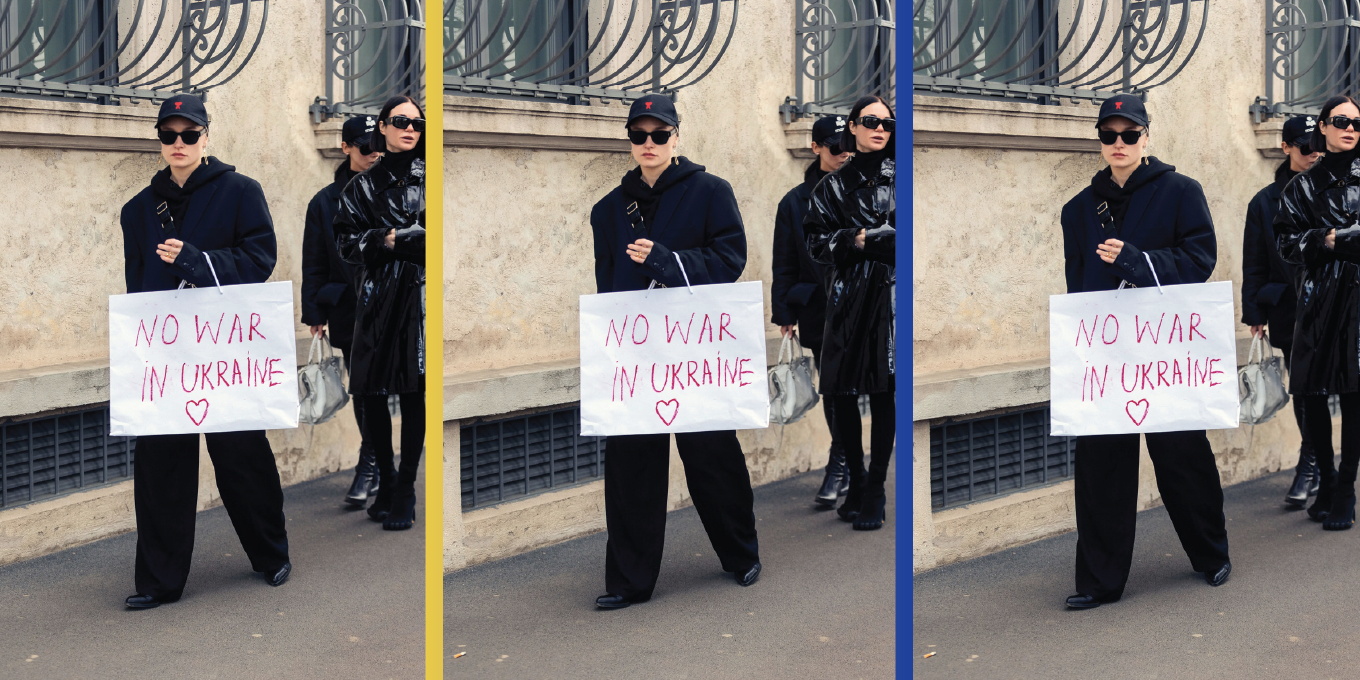 t has been almost a week since Russia invaded Ukraine – and the world has been watching on in horror as the country, and its innocent civilians, are forced to deal with the shocking consequences of this war.

Although many of us feel completely helpless right now, people all around the world are doing what they can to donate and to try and support those directly impacted, while businesses are also reacting. This includes a number of fashion designers and luxury conglomerates, who are attempting to make a tangible difference with their actions.

Global luxury giant Kering – which heads up the likes of Gucci, Alexander McQueen, Balenciaga, Bottega Veneta and Saint Laurent – announced that it would be making a ‘significant donation’ in order to try and support the thousands of refugees who have fled the country and are now displaced.

“In order to contribute to humanitarian efforts to bring aid and support to Ukrainian refugees, Kering will make a significant donation to the UNHCR, the United Nations Refugees Agency,” the company announced on Instagram. “We hope for a peaceful resolution of this conflict.”

Speaking to WWD, Kering CEO François-Henri Pinault added that the brands under Kering’s remit would also be making individual donations to other organizations.

‘The most important thing by far is the humanitarian situation of the refugees. I’ve been talking with all CEOs, and we decided to make a significant donation to help the refugees as much as we can – at group level, but at the brand level, also. So brands will also contribute. For us, the priority is there.’

We have already seen this from Balenciaga, which has cleared out its social channels, dedicating them entirely to the cause, and has made a donation to The World Food Programme, encouraging its followers to do the same.

‘We stand for peace and donated to WFP to support first humanitarian help for Ukrainian refugees. We will open our platforms in the next days to report and relay the information around the situation in Ukraine. Follow the link in bio to donate now.”

Gucci has given $500,000 to the UNHCR through its Chime for Change initiative.

Fashion conglomerate Only The Brave Foundation, which owns Diesel, Maison Margiela, Marni, Viktor & Rolf, Amiri and Jil Sander, and the body which looks after Milan Fashion Week – the Camera Nazionale della Moda Italiana – are also working with the UNHCR to help displaced Ukrainians.

A post shared by Only The Brave Foundation (@otbfoundation)

Meanwhile, some other major fashion brands and retailers, including Net-a-Porter, Nanushka and Nike, are making moves to stop sales to Russia. This comes after Vogue Ukraine urged major fashion companies to place an embargo on Russia as luxury goods have not yet included in sanctions.

“In the wake of unprecedented military aggression from the Russian Federation and growing humanitarian crisis in Ukraine, Vogue UA urges all international fashion and luxury conglomerates and companies to cease any collaborations on the aggressor’s market effective immediately,” the publication wrote on Instagram.

A number of Ukrainian designers are also doing everything they can to help share information and resources from the ground. This includes; Anna October, Sleeper, Ienki Ienki, Sofiya Kvasha, and many more.

This article was originally published on ELLE UK.

Read more:
Checking in With ELLE Ukraine’s Editor-in-Chief, Sonya Zabouga
How to Support the People of Ukraine Right Now