Everything to know about the legalization of marijuana in Canada

The politics of pot. 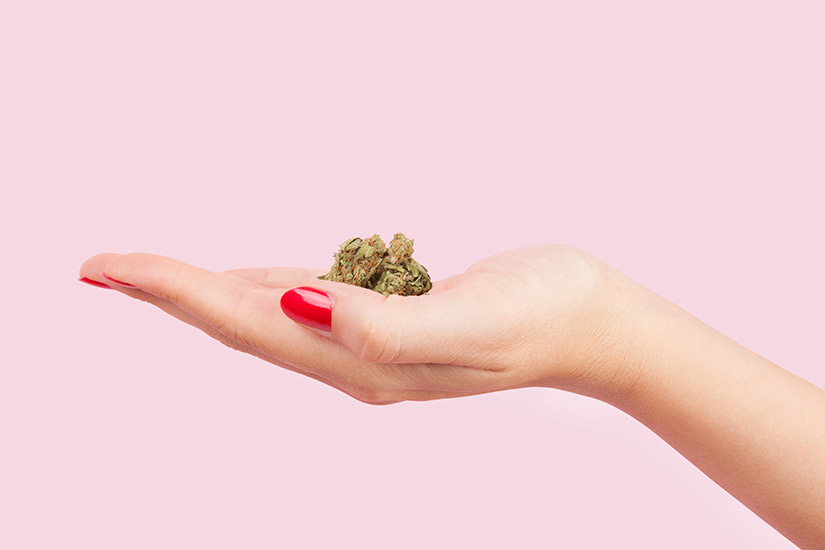 On April 23, 1923, Canadian Parliament slipped marijuana (along with heroin and cocaine) onto a list of prohibited drugs without a whisper of fanfare or even justification. To this day, historians aren’t really sure why. In fact, there was hardly anyone lighting one up at the time—opiates being the drug du jour. The Federal Health Minister at the time simply stated, “There is a new drug in the schedule.” And with this pronouncement, cannabis indica unceremoniously joined the ranks of opium, morphine et al, becoming a prohibited substance in Canada with seemingly less debate than I have with myself over which shade of lipstick to put on in the morning.

Many justifications for prohibition of marijuana came afterwards—purported dangerous effects ranging from cognitive impairment to psychotic episodes, associations with violence and violent crime (often steeped in prejudices against people of colour), and the positioning of marijuana as a gateway drug. None of this, including prohibition itself, has stopped Canadians from consuming pot at one of the highest rates in the world. According to the government, 21% of youth aged 15-19, 30% of young adults (20-24) and 10% of adults over 25 used cannabis in 2015.

In 2015 the federal Liberal Party made the legalization of marijuana a central platform in their campaign, acknowledging outright that the current system was not working—citing high youth use (duh), profits from the sale of weed going into the hands of dealers and criminals, and the often irrevocable harm caused to Canadians by criminal records for simple possession. As of Wednesday, Canadian adults will be able to carry pot, share it with other adults, grow plants, and make pot brownies–or their edible of choice–at home.

So who will be able to smoke legally? While the Federal government has set limits of age 18, 30g for possession and sharing (about 30-60 joints worth) and four plants at home, these limits can be made more restrictive by individual provinces. For example, in Ontario, the legal age will be 19–the same as the drinking age. Edibles will come later, but supposedly approximately 12 months after the first step of legalization.

PAYING FOR PAST USE

Sure, legalization provides a new source of taxation, and allows people to use a relatively safe and in many cases, therapeutic drug without the looming threat of a criminal record. But the legislation still contains harsh penalties for certain cannabis-related offences as compared to alcohol-related offenses.

Until Wednesday, the government was also silent with respect to those who have been previously convicted for marijuana-related offenses. But on the day of legalization, the it was announced that it would shortly introduce legislation that will let people who have past convictions for simple possession of cannabis to apply for a pardon. The traditional waiting period (up to 10 years) and fee ($631) would also be waived.

The thing is, a pardon, which simply indicates on an existing record that a pardon has been granted, can still affect your travel. It can also be revoked. A better bet would be expungement, which would actually see the record erased, according to Dr. Akwasi Owusu-Bempah, a University of Toronto sociology professor who specializes in the intersections of race, crime and justice. “In my view, an expungement signals that the government recognizes it was wrong to criminalize a behaviour whereas a pardon forgives a person for violating a law,” he says.

This distinction is key—especially for vulnerable communities. Despite near equal rates of marijuana use, people of colour have been disproportionately charged and convicted of possession. A recent Toronto Star study found that Black individuals with no prior criminal convictions were three times more likely to be arrested for simple possession than similar white individuals. During a Vice News Town Hall, Prime Minister Justin Trudeau himself noted that people of colour were adversely affected by marijuana laws.

CASHING IN ON WOMEN BUYERS

As you’ve probably gleaned from the new lifestyle brands, millennial pink pipes and cannabis self-care and wellness products, women are expected to be among the biggest markets. But, happily, women entrepreneurs are also stepping forward to take the lead in ownership, marketing, and product design. There’s Milkweed (a online cannabis accessories store with beautifully designed products) Van der Pop (a cannabis lifestyle brand recently acquired by Canada’s Tokyo Smoke), and 48North (a licensed producer of cannabis-infused products). “These companies each have interesting and unique spins on female-focused branding and gender equity, and I’m curious to see how these companies evolve,” says Devon Scoble, the content boss at Hempster, a cannabis lifestyle company and community.