Kink is stepping out of the shadows, and we can get much more from its practises than a love of latex. 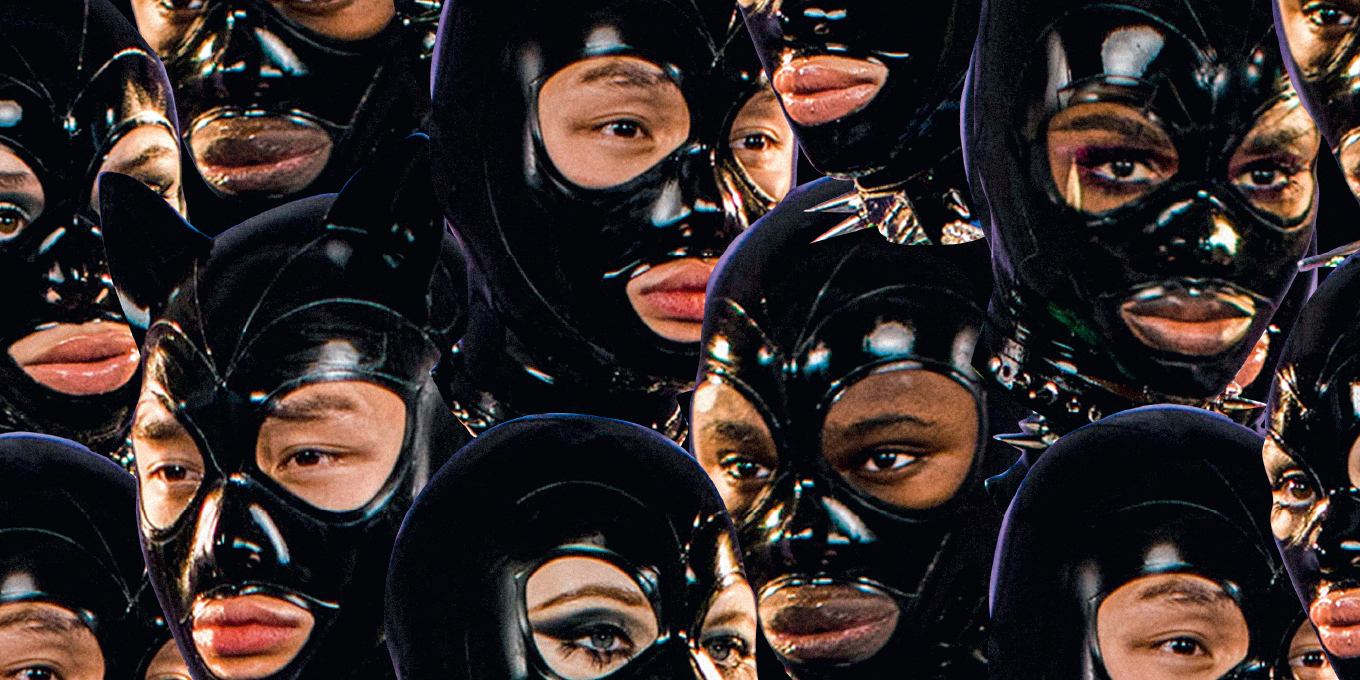 Head-to-toe leather with skin strategically exposed, a hand wielding a whip, wrists bound with rope, a mouth filled with a ball gag… Some of BDSM’s classic imagery is enough to spark inspiration in both kink-inclined hearts and those who have yet to dive in. (The acronym stands for “bondage and discipline, dominance and submission, sadism and masochism,” if you need a refresh.) Long relegated to the shadowy recesses of our culture’s ideas about sexuality, kink—especially BDSM, which is a category under this vastly creative and freaky umbrella— has stepped into the limelight, riding crop firmly in hand. The participant pool for these practices, which are often marred by stereotypes and misunderstanding, is growing as another potentially unforeseen result of the pandemic.

There are admittedly reasons for suspicion in our porn-addled culture—it’s fuelled by male-gaze-centric footage in which rough sex is rarely agreed upon. A lot of this content co-opts elements of BDSM without so much as a nod to its safety practices, teaching viewers to slap first and ask questions later or, more likely, not at all. Ciara Moran, a clinical counsellor at the Allura Sex Therapy Centre in Vancouver, says that rather than dismissing sex that incorporates humiliation, impact play or bondage as abusive, people could learn a little from its ways. “So much work goes into engaging in these practices,” she says. “The kinky community has established some really good best practices that we should all be thinking about, [like] ongoing conversations about consent, looking for red flags [and] what to do if you’re triggered.”

For many, the biggest barrier to diving into kinky scenarios that really get the blood pumping is a fear of judgment—from their partner or themselves—and that voice in the back of the brain saying “What if Mom finds out?” These days, people are increasingly seeking help with hushing that voice. Orpheus Black—a certified guru in the Filipino martial art Valencia Lameco who has won three Master titles at BDSM gatherings Leather HEAT and the Southwest Leather Conference—leads online kink workshops. Black, who’s based in Los Angeles, was pulled into the world of BDSM by a partner who told him he would be a good dom (the dominant person in a power dynamic who dictates the situation to the submissive, or “sub”) and took him to a Hollywood industrial goth club in the early 2000s. There, someone asked him if he wanted to try his hand at domination in front of an audience, opening a door for him that never closed. Black started working with people onstage at L.A. clubs, helping them unleash their own kinks during safe, consensual experiences, before moving toward non-performance-based group classes, conventions and one-on- one sessions, in part because he and his wife are a couple of the few people of colour in the community and he wanted to provide a leather-friendly environment where all felt welcome. Inclusivity is the main reason he invented a technique called “black-tie bondage”—it’s for those who want to be tied up but have limitations with their joints or limbs. Now, during a dragging-on pandemic that still periodically forces us to stay in, his online business has exploded as he helps people come to terms with their desires and equips them with safe avenues for exploring Eros’ shadowy bits. 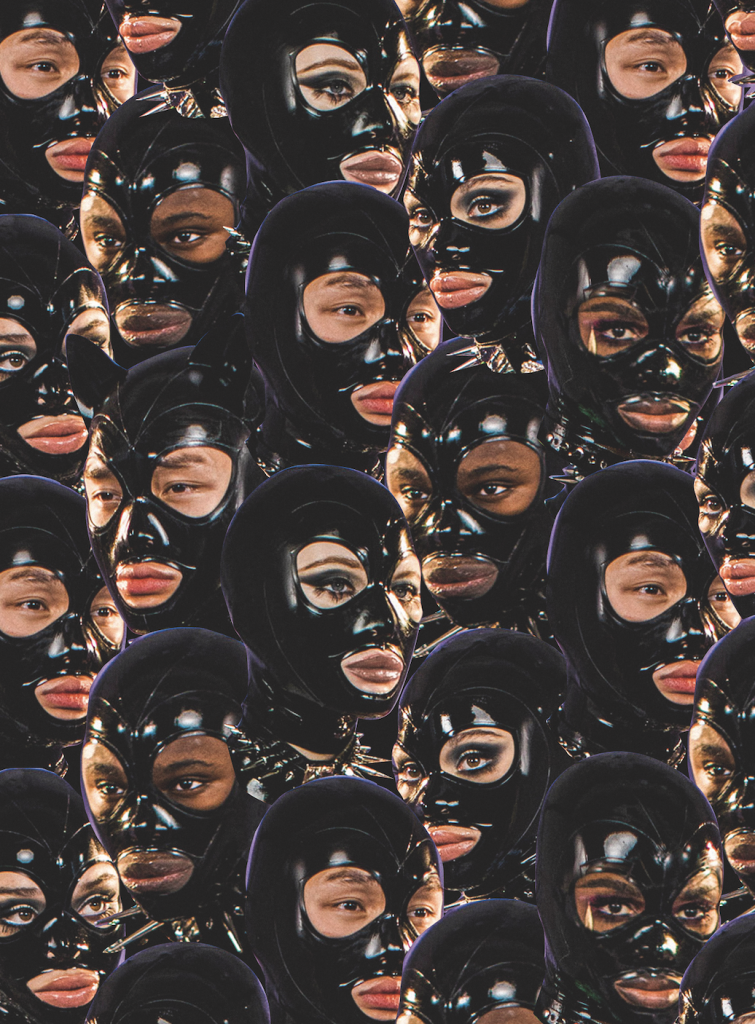 Black teaches online and in-person attendees sexual and sensual integration—which is about giving and receiving and allowing oneself to feel pleasure—in one-on-one, couple or group settings. Though power dynamics guide dom-sub relationships, these forces are also rife between kink practitioners and those who pass judgment. “The easiest way to dis-empower a person is to tell them that they don’t want—or they shouldn’t want—more, and women experience this on a regular basis,” says Black, who tries to help people take some control back by way of their desires. “‘Anybody who does that is not a good girl—she’s a slut or whore.’ Really, what we’re saying [when we say this] is ‘Don’t use your power.’ When people feel they’re lacking [something], they want to get the thing that’s going to make them feel whole. And if that’s a spanking or a flogging—I don’t care why you feel empty, let’s get you fed. Let’s get you filled. Let’s get you satiated in the safest way possible.”

Something both he and Moran encounter repeatedly in their work is people being dissatisfied when foreplay is jumped over in the hurdle race toward intercourse. When it comes to kink, the vast majority of acts aren’t about penetration, but they’re still definitely sex, which pushes our definition of what that is beyond being just a one-way street to orgasm. “There’s a reason we talk about play when we talk about kink,” says Moran. “People are really engaging in a sense of play; they’re not engaging in a sense of ‘how do we get to the next point?’” There’s often a set-up process that comes with carrying out a fantasy, which isn’t always sexy, but it allows for those key moments when partners can define parameters and come up with safe words. Black has an apt simile for them: “Safe words are like a condom—you have to use them before you get in trouble.” He says a safe word should be completely outside of the act taking place, so think along the lines of “Parmesan” rather than “More, please” (unless you’re getting freaky with dairy, in which case more power to you). Black highlights that couples can also establish what to do if safe words get used—do you need space, to be held, a glass of water?—so that it’s not just a jarring abort-mission button. Finally, he reminds his clients that using a safe word shouldn’t be seen as a failure, because it means they tested a limit and were assertive about where the line is.

When it comes to kink, language matters. An important word in many of its practices is “scene,” which refers to what is going to take place when two or more people engage in BDSM; a scene allows them to take on identities that are sometimes their truest selves through events that have been directed beforehand. “As far as consent goes, [establishing a scene] lets you know what the beginning, the middle and the end will be,” says Moran. “It lets you know we’re going to start with negotiation and we’re going to end with after-care.” After becoming dominant in a past relationship, Lane learned how consent defines the experience. “If my partner wants me to degrade him in a certain way or tell him that his penis is small, that’s what he wants, so it feels consensual,” she says.

“When it comes to kink, the vast majority of acts aren't about penetration, but they're still definitely sex, which pushes our definition of what this is beyond being just a one-way street to orgasm.”

This reaction makes sense to Moran because “there’s something that our body processes [when we do something] again but this time we feel safe. ‘We did this again, and this time, we were actually taken care of; this time, we were actually loved.’” Though Black likes the idea of kink being therapeutic, he emphasizes that it shouldn’t replace therapy. Lane also states that people need to go into these practices informed. She recalls her recent surprise at an article that claimed choking is considered vanilla for gen Z. This brazen statement, which was also peddled on TikTok, comes with the risks associated with being careless about something that has the potential to do physical and emotional harm if not done safely and with the right mindset and communication.

As Moran points out, what defines kink is subjective and continues to shift with our cultural ebbs and flows—like how spanking eventually crossed over the kinky line into more commonplace territory. What’s kinky is effectively anything outside of the bounds of what people generally consider normal. Regardless of whether you want to be covered in cake frosting or slaps—or be the one doing the frosting or slapping—there’s always someone out there who will be a willing partner. Most importantly, when it comes to all things kinky, talking the talk before walking the walk is always the best practice.

APPS TO KINK UP YOUR LIFE

Fetish fantasies and all things kink reign supreme here, whether you’re looking for the sub who will make your heart sing or still want to figure out what pushes your buttons.

Geared toward polyamory, ethical non-monogamy and couples looking to explore, this dating app also lets you auto-fill your sexual interests, be they rope play, voyeurism or grouping up.

Read more:
10 Unique Sex Toys for a Steamy Winter
Sexual Pleasure Has Never Been so Accessible, Stylish, and, Most of All, Normal
A First-Timer’s Guide to Sexting