A cool reminder to roll with it. 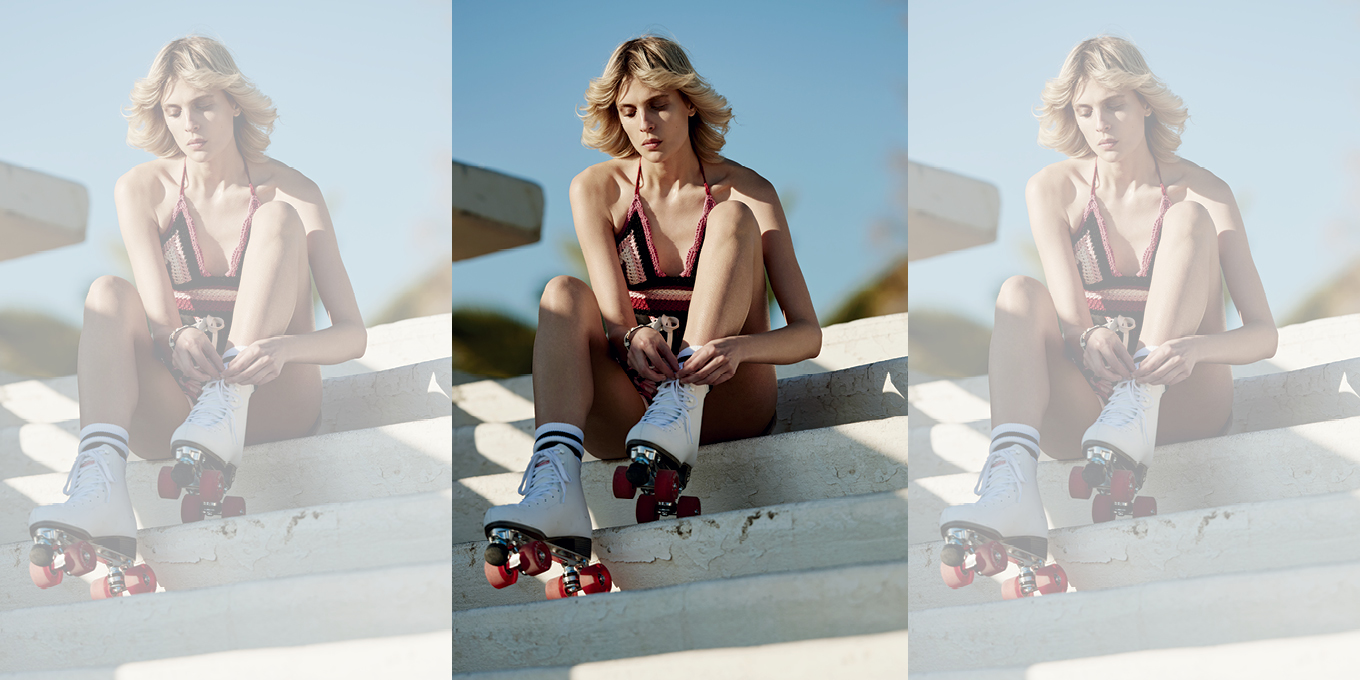 The roller-skating craze currently sweeping the world has us all dreaming of grooving and gliding stylishly into the sunset. Over the past year, sales of roller skates have skyrocketed thanks to a renewed appreciation for the sport and its freewheeling fashion. The quad skates we’re most familiar with were popularized during the late ’70s and early ’80s with the rise of disco, and they’re still heavily associated with that carefree spirit. Many films of the day, like Xanadu and Roller Boogie, highlighted the allure of emblematic disco glamour and created the visual vocabulary of skate culture. Today, viral videos on TikTok and Instagram give us all the feel-good vibes we’ve been craving, with many skaters citing that era as inspiration for their enviable getups and slick style.

Heather Graham as Roller Girl in Boogie Nights, Madonna at the roller disco in her video for “Sorry,” Emma Corin wheeling around Buckingham Palace as Princess Diana in the hit series The Crown… Roller skating is referenced in contemporary pop culture again and again and has long been a favourite for ramp-ing up themes of youth, nostalgia and freedom of movement. In an episode of Euphoria, Zendaya’s Rue and her friends hit the local roller rink, which is flooded with lights, colour and fleeting teenage liberation. Shortly after filming the season, the actor’s fashion collaboration with designer Tommy Hilfiger debuted, and a group of roller skaters in full disco glam—quintessential glitter jumpsuits and flowing fabrics—warmed up the crowd before the runway show with a flashback to the salad days of Studio 54. Celebrated ’70s models like Pat Cleveland and Beverly Johnson brought authenticity to the atmosphere, and legendary musician Grace Jones closed the show with her own club hit “Pull Up to the Bumper.”

“Over the past year, sales of roller skates have skyrocketed to a renewed appreciation for the sport and its freewheeling fashion.”

With performance venues closed during the pandemic, the sport found its way into a livestream event last November hosted by Dua Lipa to promote her album Future Nostalgia. The online concert, titled Studio 2054, was a star-studded lineup that included FKA twigs performing in thigh-high roller-skate heels backed by a crowd of skaters mirroring the dancers in the video for Lipa’s disco anthem “Cool.” Lipa even sported a pair of rainbow-coloured high-heeled roller skates for the 2020 Sydney Gay and Lesbian Mardi Gras afterparty just before much of the world locked down.

While high-heeled roller skates might seem like a specialty one-off, consider that multi-hyphenate designer, hula-hoop record holder and dancer Marawa Wamp (a.k.a. “Marawa the Amazing”) has been designing her own versions in California since well before they hit mainstream celebrity culture. With a block heel and the four wheels of the traditional quad skate, these glamorous pumps are perfect for a less athletic and more fashionable take on the sport. Wamp’s line, Paradise, has everything you need to start your roller-skating adventures, including disco-worthy unitards and sparkly high-heeled skates.

For those thinking of giving this white-hot sport a whirl, look no further than social media, where cool-girl skater Oumi Janta has been swaying and styling her way into our hearts. The Berlin resident was drawn to skating six years ago after attending a roller-disco party and being inspired by the diversity of people joining in on the fun. Watching her gliding along on Instagram is instantly soothing—it sparks nostalgia and gives non-skaters the confidence to lace up, which is probably why her followers number close to a million. She even teaches classes on how to emulate her signature glide-walking style.

Regardless of where roller skating is headed, it will continue to be a lighthearted means of self-expression—one that allows a freedom of both movement and style. Even if you don’t have the wheels, you can still partake in the sport’s uncomplicated spirit and embrace the disco beat—and the fashion.

Read more:
Think Outside the Gym: How to Get Physical This Spring
Skater Girls Take Centre Stage In New HBO Series ‘Betty’
Is It Possible to Experience a Full Life From the Passenger Seat?