Steph Shep breaks it down for us. 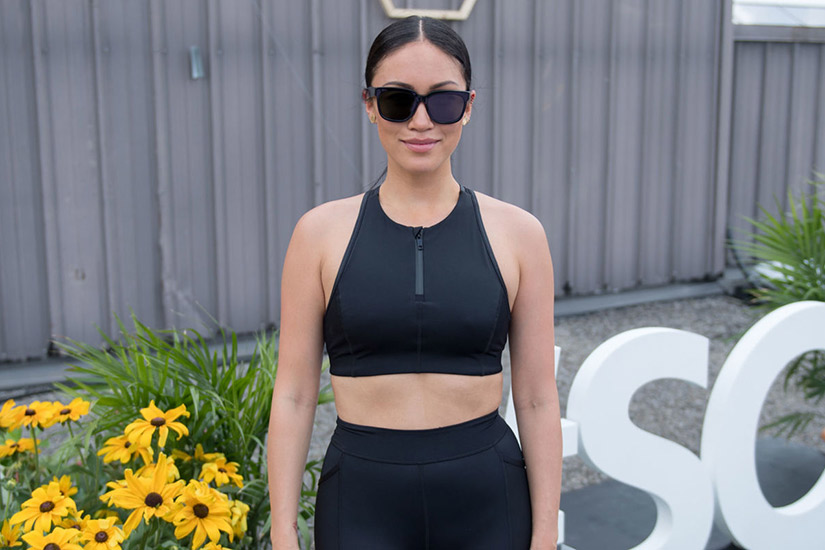 The day I meet Stephanie Shepherd—a.k.a. Steph Shep, Kim Kardashian’s former assistant—we’re set to take part in a yoga class on the rooftop of Square One Shopping Centre in Mississauga. It’s an above-average way to spend a Monday afternoon, but it also happens to be one of the most humid days in what’s been a very humid July (seriously: after our 30-minute class, I couldn’t use my phone because it went into cool down mode. But if Shepherd, in her chic, all-black workout gear, was feeling any of the same reluctance I was, she didn’t show it. “I’ve been travelling and I really have fallen off my workouts, so I’m excited to stretch it out,” she tells me before we headed up to the roof.

But Shepherd didn’t just fly into town to partake in an inadvertently hot yoga class. We all were gathered on a section of Square One’s roof for the launch of their new beehives, which have been installed in response to declining bee populations. Shepherd—who stopped working with Kim K. last fall after five years, including a stint as COO of Kardashian’s business—was the perfect fit to help with the launch. She uses her social media presence, and her 1.1 million IG followers, to raise awareness about the issues that matter to her. “I want to post in real time about things that I’ve read or that I care about,” she explains, “things I think people need to know, or maybe wouldn’t have read on their own otherwise.”

We sat down with the former assistant turned influencer turned fashion collaborator to glean some always-helpful career advice.

so proud to be a part of @shopsquareone’s environmental initiative- their installation of 4 urban beehives will help pollinate the city and repopulate the bees! ? if you are in Toronto you can purchase the honey thats harvested at @shopsquareone to help support the cause! ? #SQ1

On what she learned from Kim

“I could fill a whole magazine with career lessons, life lessons [from Kim]. For me, a really big takeaway was how gracious Kim is. She’s very humble because she worked really hard to establish the career that she has and is so gracious to all the people on her team. I think most people would assume that she would have a big head, and she is not that person.”

On the key career advice

“I’ve been thinking about that a lot. Authenticity is the biggest thing in life. And definitely being curious; having a curious mind, wanting to learn and being decisive. That’s how people get stuff done. If you know what you want and that’s what you work for, you don’t let anything get in your way.”

On taking a break from social media

“You have to take breaks. I definitely have to—it’s super important. I took a social media break the other month, I was just tired. I took a good week off and just did not check anything and felt so much better. I was reading books and looking around. It [gave me] time to get re-inspired and have a fresh outlook.”