The Emmy Award-winning actress talks about her new AMC drama and moving on from Schitt’s Creek. 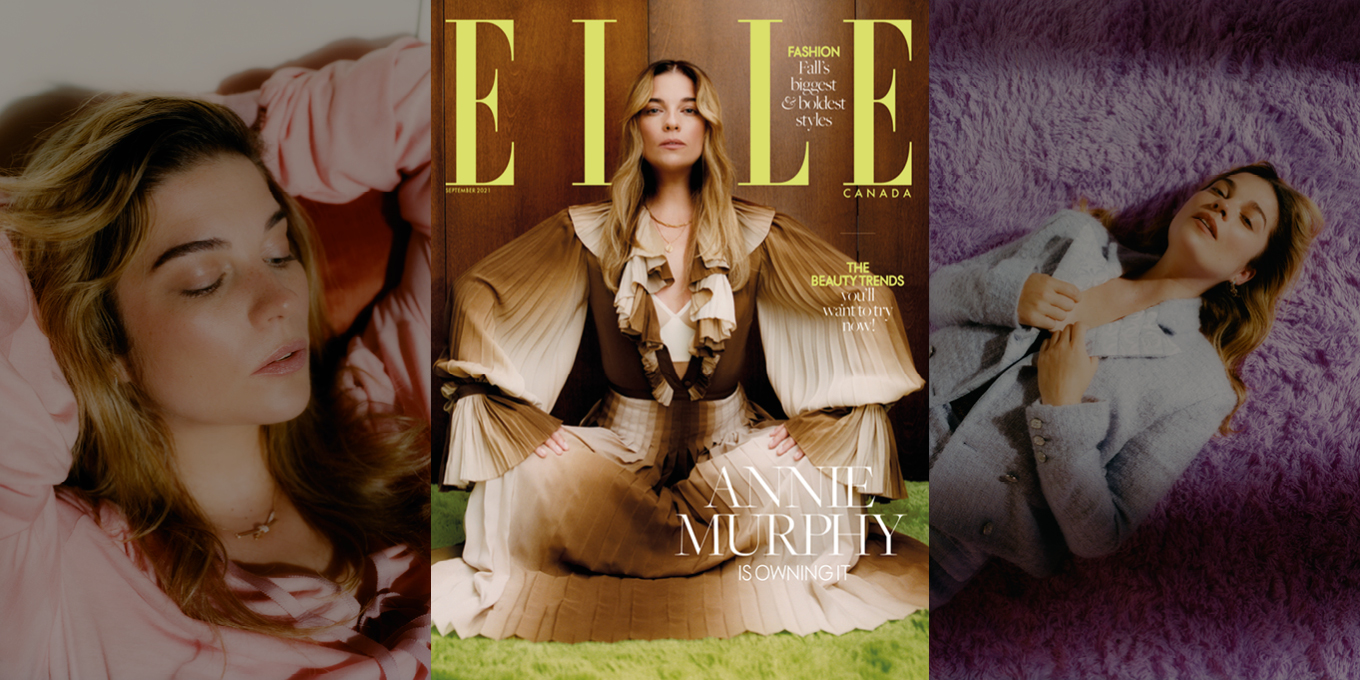 “A lot of the roles that people wanted me to go out for were kind of Alexis adjacent. That’s why I was so excited when Kevin Can F*** Himself came along,” she says in the candid interview. She also talks about almost giving up acting before landing her Schitt’s Creek role, which led to her nabbing the Emmy for Outstanding Supporting Actress in a Comedy Series last year. “I was sitting there while they were calling my name and, honestly, I blacked out – and then 20 minutes later I had apparently given a speech and done a bunch of celebrating,” says our cover woman.

From pearls and ponies to braids and waves, this edition rounds up autumn’s top beauty trends – and our editors’ favourite products and fall beauty goals. Plus, the magazine looks into the explosive TikTok makeup trend that’s breaking rules – and we profile the top designer exploring that full-colour trend himself via his Instagram feed.

Our fall preview continues with runway trends – from space suits to snowsuits and bohemian patchwork to feathers. Plus, the growing fashion resale business; the reboot of a fragrance that smells like love; two unique Canadian luxury vacation options; and the responsibility of fashion watchdogs in the cancel-culture era.

As star-studded as ever, the edition also features Kate Winslet opening up about looking true to her age on screen; Canadian Maitreyi Ramakrishnan of Netflix show Never Have I Ever on the pressure of representing an entire community; and Jodie Comer on starring in Free Guy with Ryan Reynolds.

And we get personal, talking about pelvic health taboos and examining the systemic racism behind birth alerts in some Canadian provinces.

The September issue of ELLE Canada will hit stands and Apple News+ on August 16, 2021.