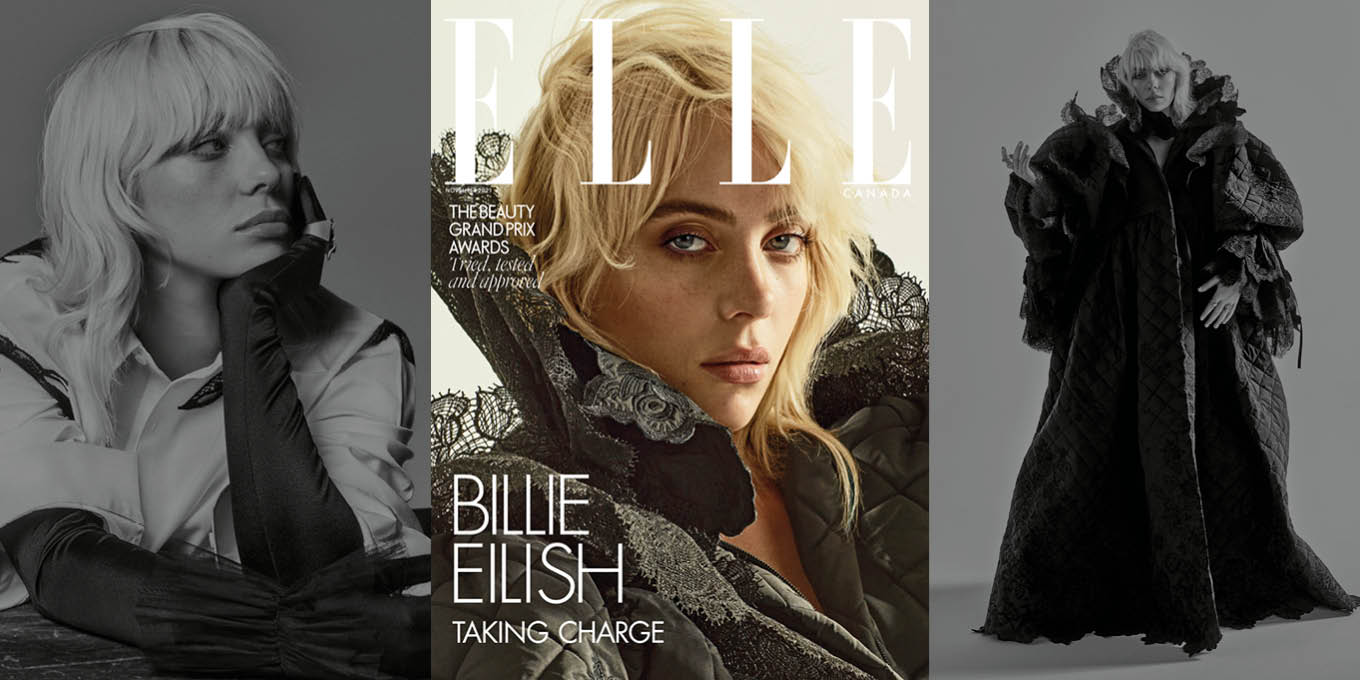 “You’re not even supposed to really know who you are until you’re at least my age or older,” says 19-year-old Billie Eilish, admitting she struggles with the vitriol from certain fans over her experimentation with fashion. “It’s very dehumanizing.” And now that her sophomore album has debuted at number one around the world, Eilish reflects on her creative process during lockdown. “The album came from a lot of self-reflection,” she says. “Happier Than Ever is really just me processing trauma. Making (it) was cathartic and freeing.”

Post-pandemic freedom is fuelling a new version of glamour for the 2020s that combines liberation and self-expression (with a priority for sustainable choices). When it comes to fashion trends, this edition runs the gamut — from playful, luxurious silhouettes and rebellious blends of punk and prep to plush accessories and denim everything. We even look back at futuristic wardrobes inspired by the cosmos. Plus, we reveal the cream of this year’s crop in makeup, skincare, hair care and body care products with results from ELLE’s Beauty Grand Prix.

For a dollop of inspiration, we talk to Top Chef host Padma Lakshmi about being an unapologetic voice of reason, paving the way for women in the media and publishing her first children’s book (about food, of course). Dame Helen Mirren reflects on being a L’Oréal Paris ambassador at 76 and why the word “swagger” should replace “beauty”; Shay Mitchell of Pretty Little Liars fame discusses her healthy approach to social media; and Toronto-based actor Bilal Baig talks about crafting the style of a gender-fluid character for prime-time television.

Women take centre stage in articles about the rise of diverse female voices in the graphic-novel world and Canadian Black women in the film industry who are breaking the mould. But things also get dark as we explore the dangers of skin bleaching and involuntary celibacy among women driven by a toxic blend of misogyny and impossible beauty standards.

In design, creative director Willo Perron steers his multi-faceted career toward new territory with furniture; two architects take on the challenge of modernizing a 17th century canal house in the heart of Amsterdam without losing its character; and Montreal designer Jessy Colucci lets his intuition guide the slow creation of collections in an industry defined by fast-paced seasonal cycles.

And before the first snowfall, find out if ditching the city for life on the farm feels as enchanting in person as it looks on Instagram, and (re)discover how to get joy out of your running practice.

The November issue of ELLE Canada will hit stands and Apple News+ on October 18, 2021.