The half-Palestinian model has joined her sister Gigi in speaking out this week. 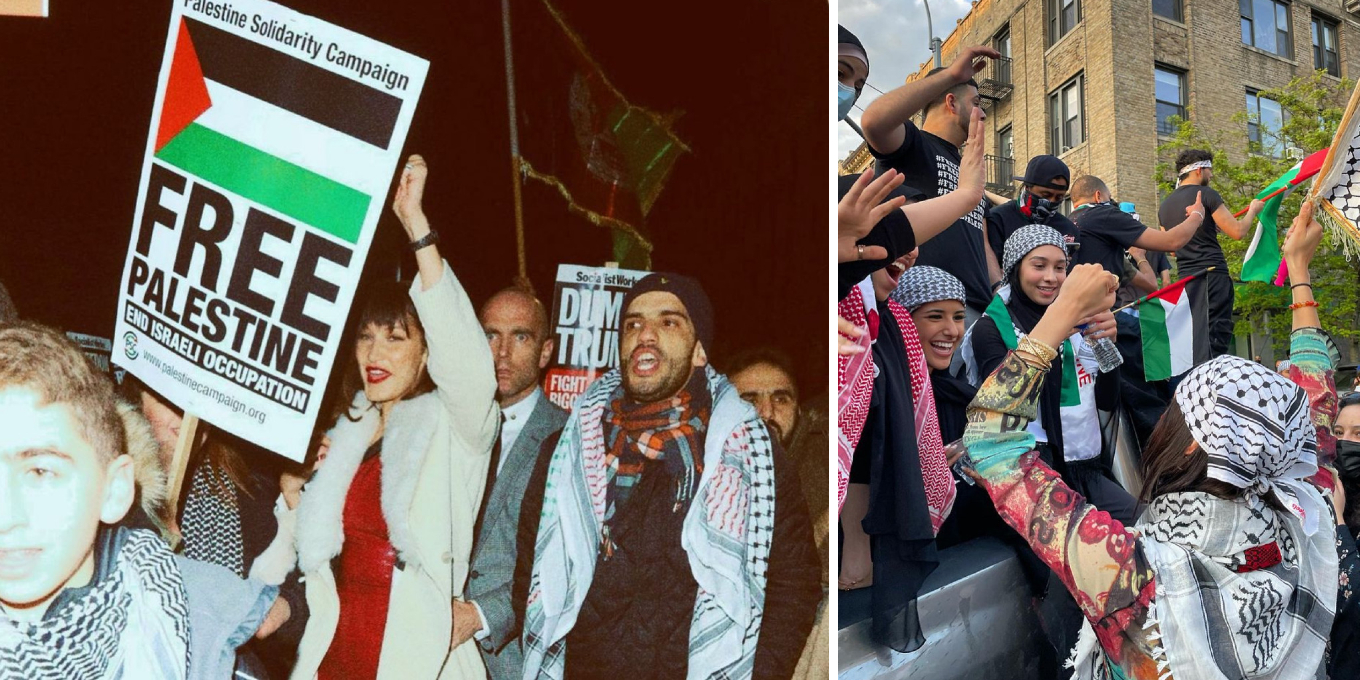 Bella Hadid‘s use of social media and attendance at a recent march to raise awareness and campaign for the rights of Palestinian people has been condemned by the state of Israel.

The model, who is half Palestinian along with her sister Gigi and brother Anwar, has redirected her focus on her social media platforms given the recent escalation of violence and tensions amid the ongoing conflict in the Israeli-Palestine region. The siblings’ father Mohamed Hadid was born in Palestine before fleeing with his family during the 1947-1949 Palestine war.

The 24-year-old also took her campaigning offline over the weekend and joined a pro-Palestine and Palestinian rights rally in New York City. Hadid shared pictures of herself attending the rally, holding the Palestine flag and chanting ‘Free Palestine’. She was joined at the protest by Pose actor Indya Moore.

Hadid was later criticized on the state of Israel’s official Twitter account, where it implied that she should be ashamed of herself and accused her of advocating for the ‘elimination of the Jewish state’.

When celebrities like @BellaHadid advocate for throwing Jews into the sea, they are advocating for the elimination of the Jewish State.

This shouldn't be an Israeli-Palestinian issue. This should be a human issue.

Hadid has not yet directly responded to the tweet from Israel’s account but on Sunday shared an image on her Instagram Stories which read: ‘Don’t trade your authenticity for approval.’

Over the past week, Hadid has become emotional while sharing news reports about Palestinian civilians killed and injured during the fighting in Gaza. She has also sought to ‘educate’ her followers and fans on the ongoing conflict in the region and denied that criticizing the Israeli government and its treatment of Palestinian people in the past and present is equated with anti-Semitism.

The model has not been alone in speaking up for Palestine. She has been joined by her sister Gigi who also shared an image of herself responding to a commenter, saying she ‘condemns anti-Semitism’ and wants ‘equal rights for Palestinians’.

Gigi’s boyfriend and the father of her daughter Khai, former One Direction singer Zayn Malik, has also spoken out, writing on Instagram: ‘I stand with the Palestinian people and support their resistance to colonisation an protection of their human rights… This must end. Free Palestine.’