We are all dealing with the nervousness of re-entry, which levels the playing field for the newly single. 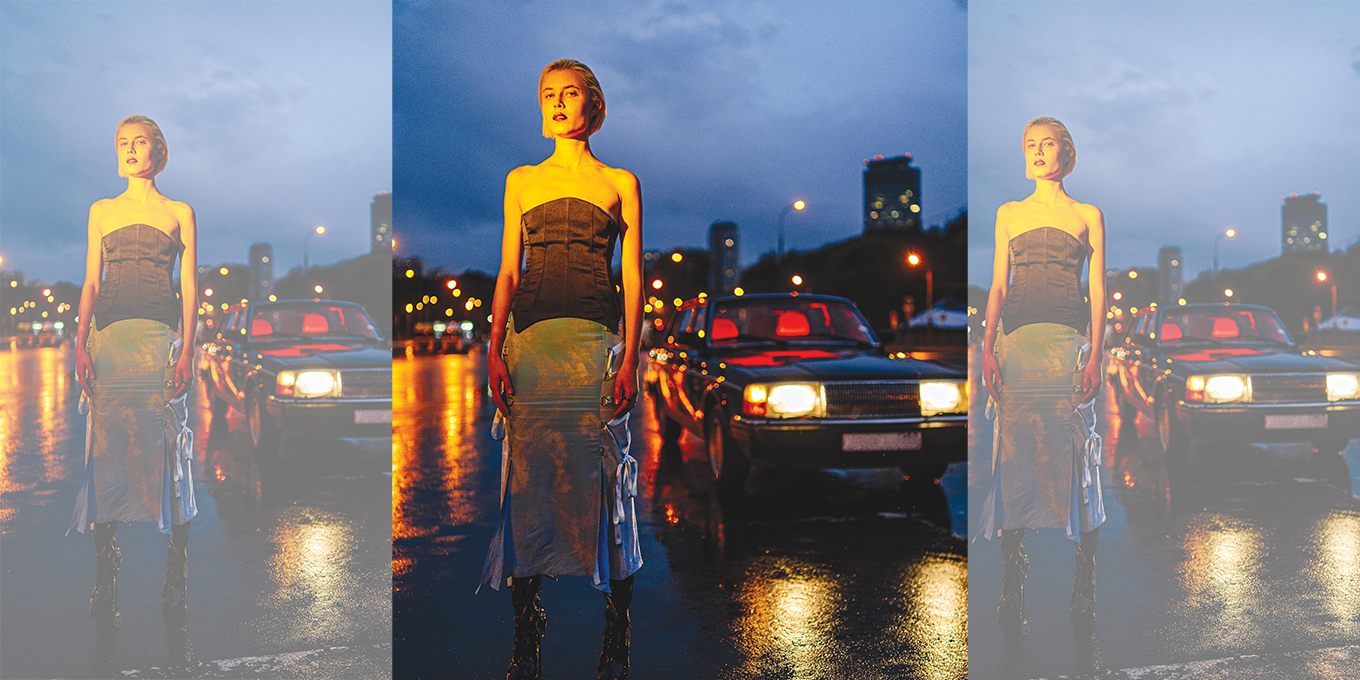 It’s early summer, New York Pride is around the corner and I’m heading to artist Ryan McNamara’s dance party at the East River Park Amphitheatre. I’m being forced to go. I do want to, but after a year inside, it all feels like too much—too many people, too many pictures, too much fun. I take a seat upon arrival, already exhausted. People are dancing and flirting with one another, and it seems like it’s all they came here to do. This makes it easy to avoid interaction. I pull away from the crowd when I need to, using nicotine as my exit excuse. A friend sits with me at the edge of the crowd. He talks to me about movies while we keep our eyes on the moving bodies until Gwen Stefani’s “What You Waiting For?” pulls us back in. We dance until we sweat and the cool air of an early-summer cold spell feels fresh on our skin.

I open up a jar of psilocybin-infused honey and lick some off my finger before passing it around. Cute strangers try to hold my gaze as I walk over to the bar to get a beer. I hesitate. Last year, during New York’s first reopening, my boyfriend and I decided to open our relationship. When things shut down again, we closed our relationship. Lately, we’ve been seeing other people again. Do I want to fuck someone tonight? No. But I wish I had the desire to. Everyone seems to be either fucking or talking about fucking. For once, I have no Fear of Missing Out (FOMO). The cover of New York Magazine’s summer issue declared the return of FOMO, but that won’t be the case for me. After staring down our collective mortality for more than a year, I will not be pressured into feeling this way. People should do what they want, whether that’s have a baby or file for divorce. Dancing for two hours exhausts my emotional bandwidth. I call a car and head home alone.

A few days later, I talk about going home alone over Zoom with Berkeley Poole. She’s the creative director at Whitman Emorson, the design studio behind Jems, a new condom brand that offers a beautifully packaged contraceptive. On its website, you can find interviews covering a range of different kinds of sex, tips on asking for what you want and sex education for adults. We are all dealing with the nervousness of re-entry, which levels the playing field for the newly single. “After a year of getting to know themselves, people are now getting to learn about each other and sharing what the past year has taught them,” says Poole. Jems, unlike some other condoms, puts an emphasis on connection.

Poole is speaking with me from her spacious home in Vancouver. The pandemic offered her the chance to leave behind the confinement of Toronto city living and an old relationship. The wide-open nature of Vancouver helped her ease into her new solitude. When she felt ready for fun last fall, Poole tried dating apps for the first time. She looks toward the immediate future with optimism. “A lot of the people I know who were excited to have a sexy summer are now looking for more than just sex,” she says. “They want to experience things at a higher vibrational level.”

On the streets, things feel off balance. My friend was harassed by someone who wanted to put her on a leash and take her home. It was 1 p.m. A man grabbed my arm as I waited for the crosswalk signal to change, insisting we’d met before. Even alone, I feel no desire to actually meet up with people, but I remain active on dating apps. I procrastinate by sending pictures of my ass to strangers for quick validation. We’re all feral in our own way and reacquiring our social skills.

For Montreal musician/producer Deidre Opal, life is slowly opening up again after the city was under a curfew all winter long. She has stayed off dating apps, instead focusing on deepening the friendships she had prior to the pandemic. Her world has stayed small, and now she likes it that way. “If you have emotional baggage, I’m sorry, I can’t do it,” she says. Opal isn’t seeking perfection in a potential partner, just a strong sense of self. Like everything right now, relationships are a risk. “There’s this fear [when you’re] dating as a trans woman that men will be afraid of being public,” she says. “That goes on top of mommy issues, daddy issues, insecurity—I’m over it. For now, I like keeping to myself.” During the colder months, getting in touch with herself acted as a buffer against the isolation of quarantine, and it’s helping during the frenzy of reopening.

The sun is out now, and it feels like we’re waking up. In an attempt to be hopeful, I’ve hung my favourite dress on the living room wall as a reminder to drop it off at the cleaners. It’s a white off-the-shoulder wool-blend piece with black stitching and ruching along the side from Vegas Kruszewski’s spring/summer 2017 collection. When I get the Toronto-based designer on the phone, the topic of online dating and the role that apps play in exploring non-monogamy comes up again. “Last summer, my boyfriend and I were pretty horny,” he says. “We downloaded the apps and saw other people for the season. At first it felt like something to do, a physical activity, but we closed things when we went back into lockdown.” As things open up again, they are taking the time to re-evaluate where they are.

Sometimes I fear that the excitement we were waiting for has already happened. Last year, during the Black Lives Matter protests, we saw the world for what it is. Everything was uncertain, and the intimacies that occurred were unplanned and cherished. Now, there’s a desperation to get back to normal, even as the difference in quality of life between the West and the rest of the world grows starker. Has it really only been a year?

In April, I hosted a birthday brunch for myself. Park birthdays filled my calendar during New York’s first reopening in 2020, and this year I wanted a party of my own. The group varied in degrees of protection, mostly vaxxed. We took our risks. We drank and ate cake in the sunshine. We passed Kiki, a friend’s poodle, around like a newborn. My boyfriend, Miles, helped me cut everyone a slice of fruit tart. Some of the group ended up at my place; we ordered pizza and passed around a joint.

“On the streets, things feel off balance. My friend was harassed by someone who wanted to put her on a leash and take her home. It was 1 p.m.”

He called me in the early afternoon. Fernando had never been interested in non-monogamy, but he found himself convinced. “I can see how it works,” he said. The couple welcomed him into their home, made him drinks and offered him a clean towel when they were done. His venture into domesticity, even an unconventional version of it, made me re-evaluate my own. After a year of intense home time, perhaps we are ready for new experiences. At the beginning of Pride Month, I give Miles his own pack of Jems.