ELLE Canada spoke with five protest organizers from around the world to understand what it was like to be on the frontlines of this movement. 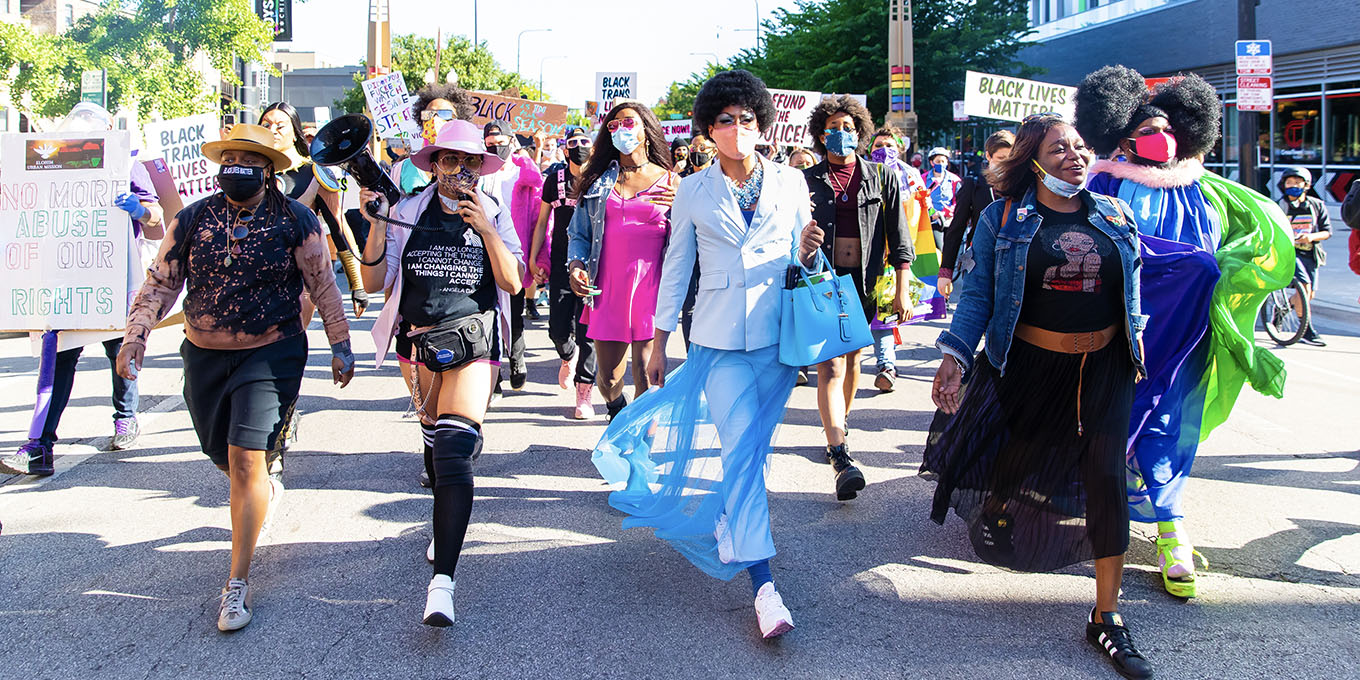 George Floyd’s murder on May 25, 2020 and the international reckoning that ensued brought the world together to fight for the end of racism, systemic oppression and police brutality. Peaking early the following month, Black Lives Matter (BLM) protests got a total turnout of over 26 million Americans, polls show–the largest civil rights movement in U.S. history–setting off a tsunami of support worldwide. Beyond the protests and people, BLM is about government policies and perspectives, and uprooting structural racism in each and every aspect of society, and these global protests are just the tip of the iceberg towards the long path of equity for the Black community.

ELLE Canada spoke with five protest organizers from around the world to understand what it was like to be at the forefront of this pivotal movement. 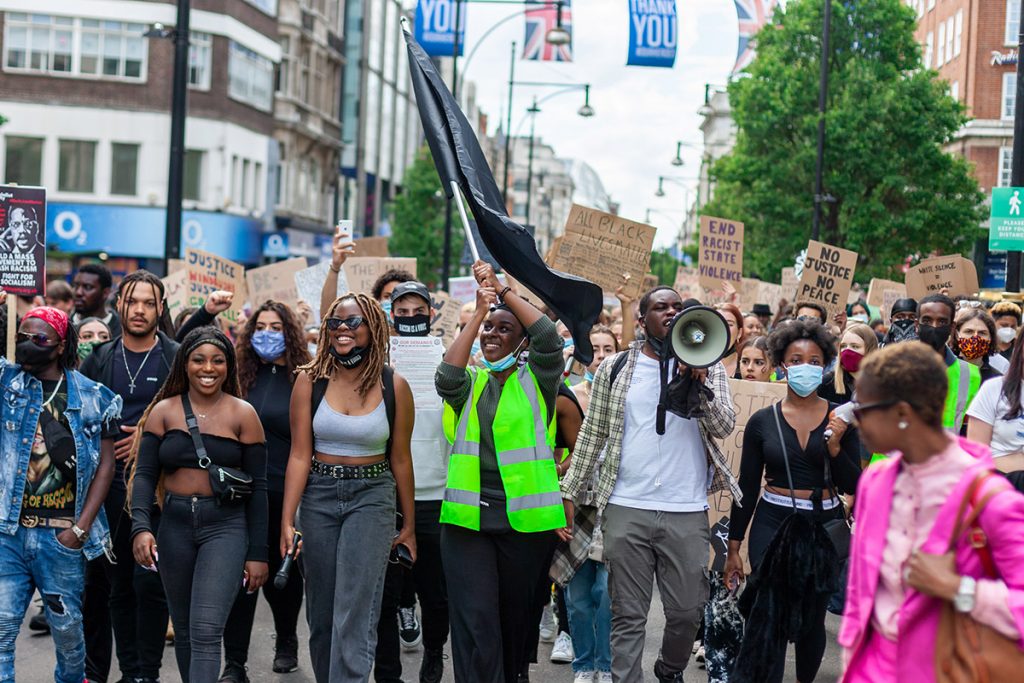 On how they began planning for the protests

“I’ve planned other events before, nothing like a protest, so I started with how I would normally start planning for any other event. I started by creating a Facebook page with a clear message. Then I reached out to people who could help me, and, in turn, I had people reach out to me offering help. I definitely wouldn’t try planning a protest by myself ever again; it was exhausting and I think it’s better to have local organizations involved uplifting their voices along with independent voices in the community.” 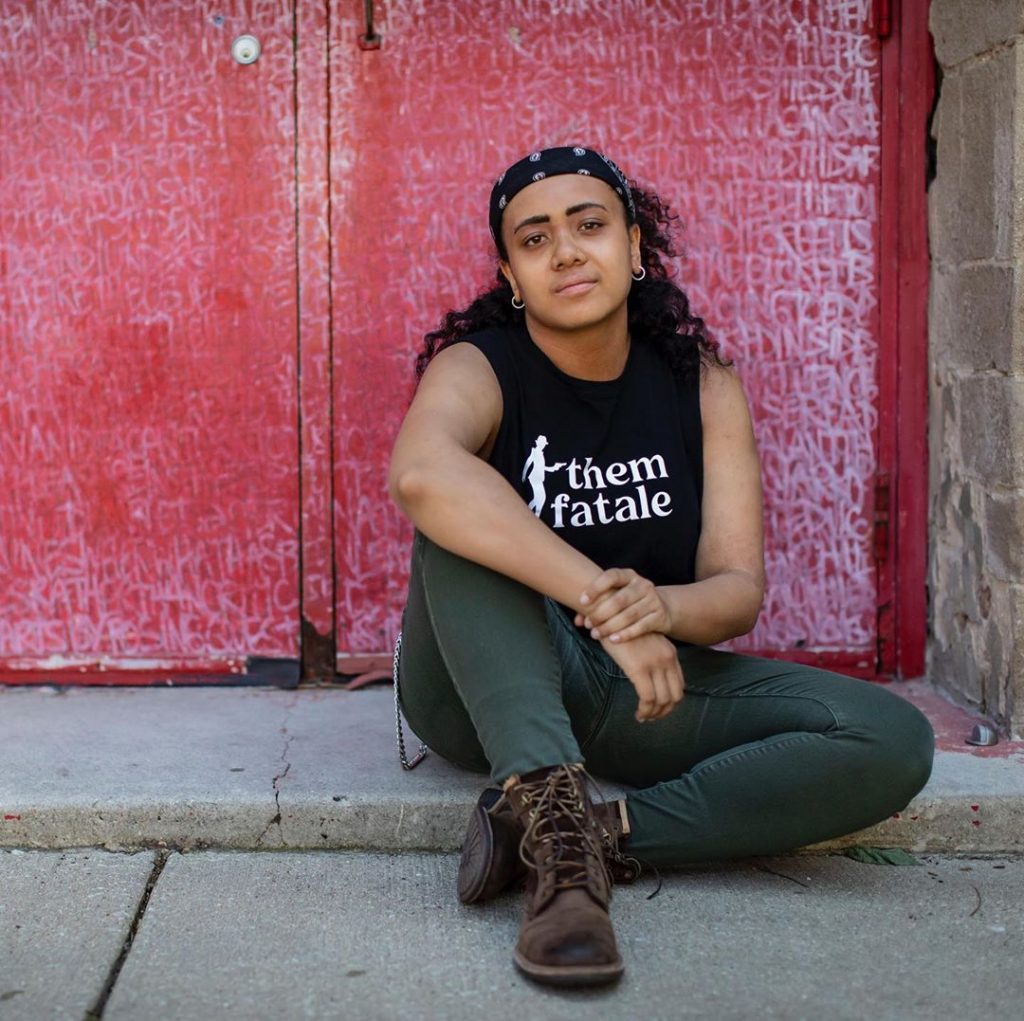 “It started with my friend Sam and her friend putting out a poll on Instagram Stories to see who in Osaka was interested in a march for BLM. After I saw and shared the stories, I contacted them and said I could help get a team of people together. I had never organized such a big event but figured a march meant you needed more than three people to help organize. Sam and her Japanese friend were already in the process of getting a permit from the police, so I decided to make a Facebook group to see how many people would be interested in participating.” 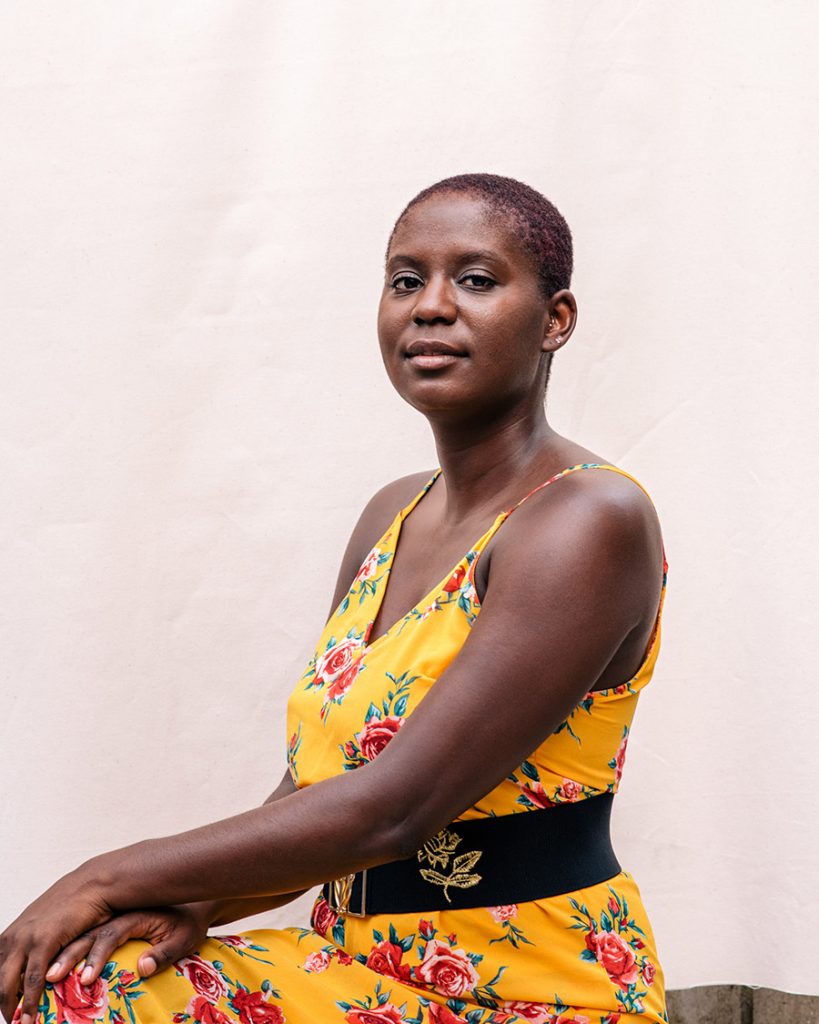 Co-founder of All Black Lives UK

“Everything started with the murder of George Floyd. The video of his killing at the hands of a white police officer made me so angry and upset. I reached out to Tasha, my co-organizer and told her we needed to do something over here in recognition of what was happening in America to stand with our brothers and sisters in the U.S. I then started thinking about the multiple similarities between the way the police in America and Britain treat Black people. After sending out tweets about a protest, we both got loads of responses of people willing to help us out.” 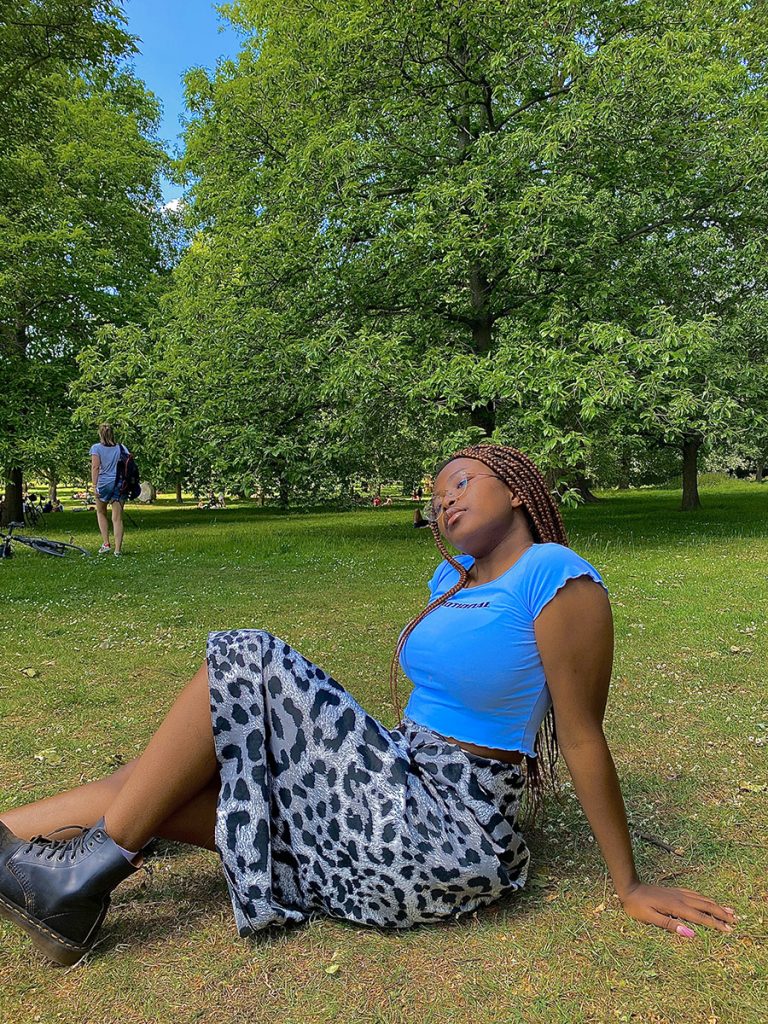 Protest Organizer and Annual Giving Coordinator at the University of Victoria

“The simplest answer is that I didn’t begin the process or plan the first protest, Vanessa Simon did. She had the drive to pull it together on Monday, June 1st, 2020, and with the aid of Pamphinette Buisa, they started the momentum here in Victoria B.C. When I joined to form the trio the following evening, my approach was to use my previous event planning skill set to ensure that we made the event accessible and impactful for all. My aim was to ensure that everyone was able to engage.” 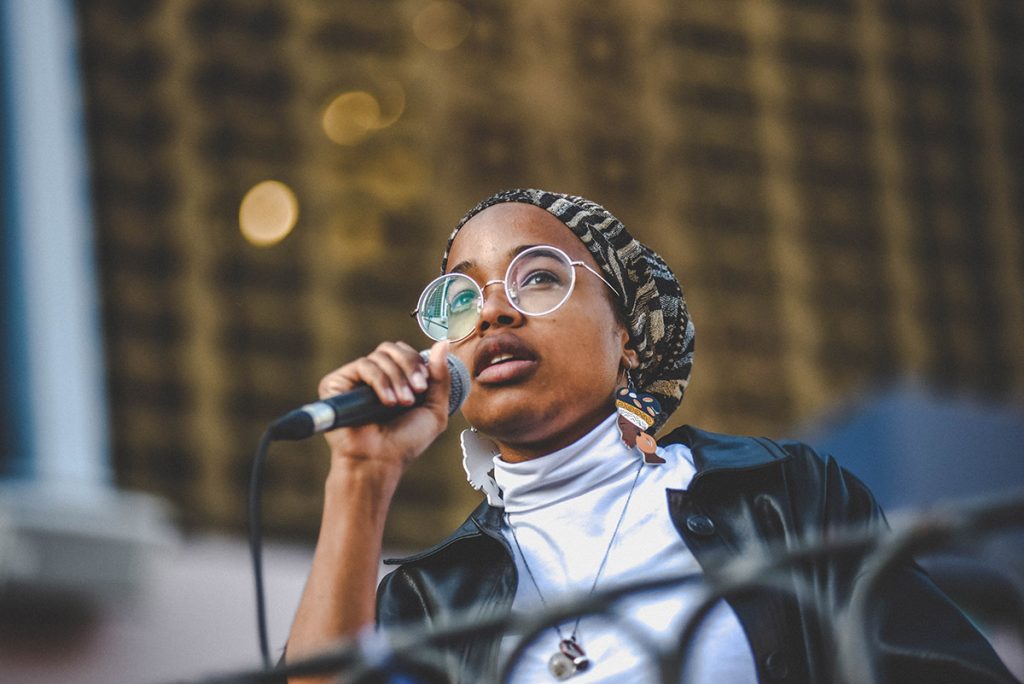 Founder of Occupy the Hood Montreal and experimental R&B artist

“It was following countless incidents of police brutality that had happened in May and June where I could feel the frustration of many of my peers and just a collective sentiment of helplessness. Occupy the Hood was a demonstration in support of my community but also in support of artists like myself whose careers have been put on hold due to the pandemic. The virus is real and contagious but social injustices remain one of the biggest viruses out there.” 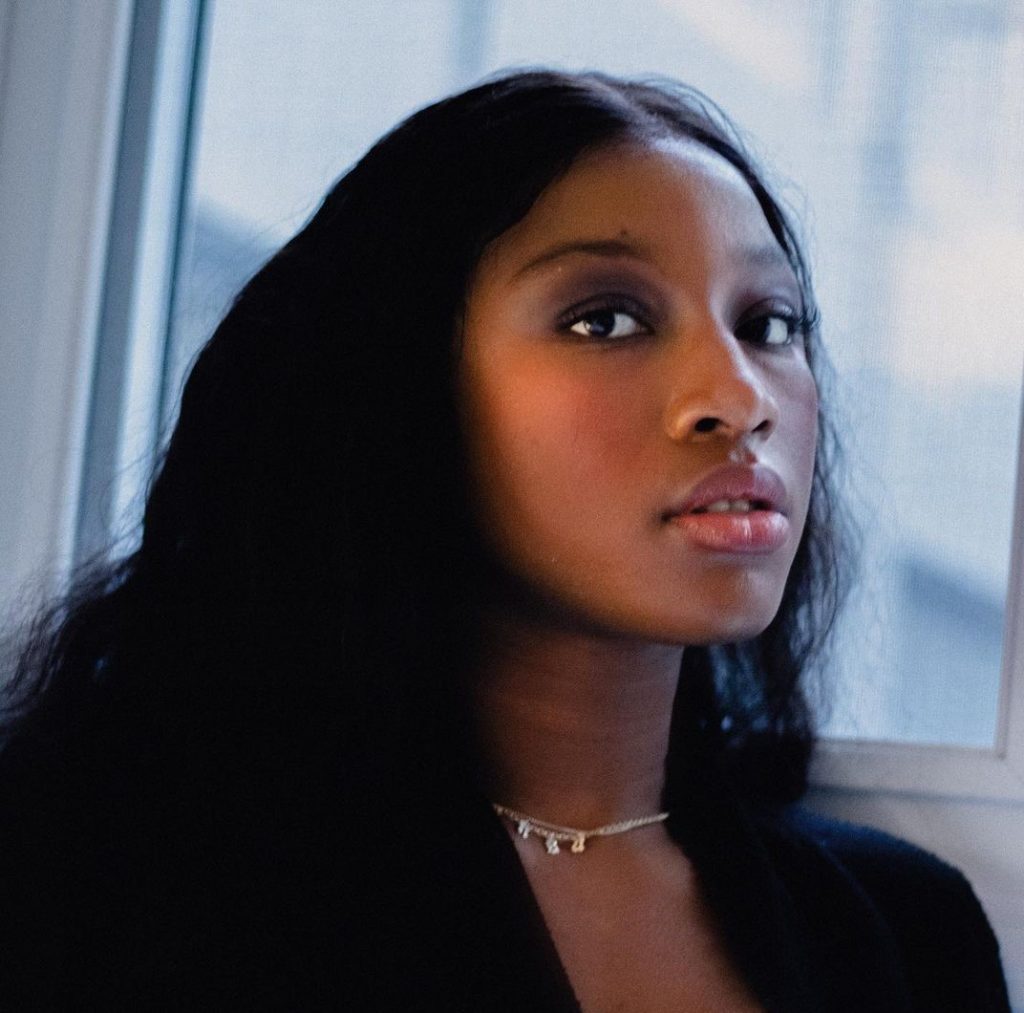 Tatyana: “It feels really surreal. It doesn’t really feel like much is changing though. There was a lot of performative allyship going on (e.g. posting a black square on Instagram, painting Black Lives Matter on the road, etc.) and I want to see things change structurally. I knew that white supremacy and white privilege wasn’t going anywhere after a month of protesting but I need to see our leaders put their money where their mouth is.”

Ayana: “I have mixed feelings. I am happy that many have told me they were glad to see me be a part of the march organization, but I was also very nervous and worried about online hate. Throughout the years, I have seen many of my internet and IRL friends being harassed, receiving death threats and even getting doxxed from others online. Though I have received only a handful of hateful comments myself, one of my teammates got a considerable amount as one of their tweets was shared by Naomi Osaka for the march.”

Asiyah: “I can understand why people would see this as the cornerstone of this movement for our generation. However, in the context of Victoria B.C., to say that would be to disregard the actions that Indigenous peoples have taken to reclaim their right to self-determination for decades. To me, the cornerstone was established through the occupation of the Parliament Building in solidarity with the Wetʼsuwetʼen, led by the Indigenous youth earlier in 2020. That gave us the foundation to build off of. That action and this movement has initiated the formation of an unbreakable bond between Indigenous sovereignty and Black liberation.”

Fatima: “It feels great and it’s scary at the same time. I pressure myself to make my people proud by being a good spokesperson for them. I’m honestly surprised that my life has shifted in such a way but I’m confident that I am the right person to advocate for marginalized people. I look forward to turning this into something even bigger and more powerful.” 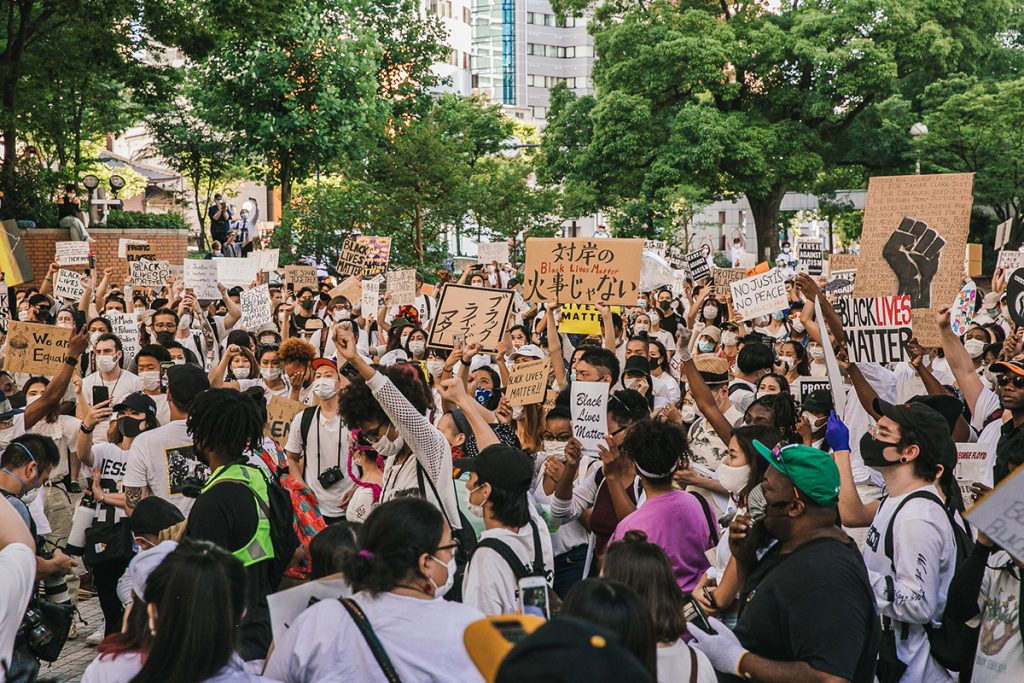 On why it was important to position the BLM movement globally

Aima: “I think that often we focus on racism against Black people in America because so much of it is now being recorded and shared on social media that it’s harder for the world to ignore. However, there are similar issues in countless countries around the world. Over here, I feel that people think ‘the UK is the least racist, or the most tolerant country’, but I disagree. And even if we are somewhat better off, it doesn’t mean there isn’t any racism here. The treatment of Black people in police custody, the education system, hospitals and job hiring in the UK is terrible and we need to tackle that.”

Ayana: “BLM means Black lives. Black lives are everywhere. It is a global issue. Every country may not have the same exact problems as the U.S., but in my opinion, almost every country has a problem with oppression and discrimination against Black lives. Japan has an issue that is more subtle, but very problematic nonetheless with their mixed Japanese and Black native residents and Black foreign residents. Japanese schools don’t teach anything in depth about Black history or other cultures. Their media is no better. Black people are shown in a very caricature-like manner, which only strengthens the stereotypes about Black people.

Fatima: “Having a BLM movement in Montreal is even more fundamental considering we’re in a multicultural city within a province led by a PM that consistently denies systemic racism. If people like me or others that advocate proudly and fearlessly weren’t there, the oppression would be way worse. I still think Black people are being discriminated against worldwide, hence the importance of the movement spreading worldwide.” 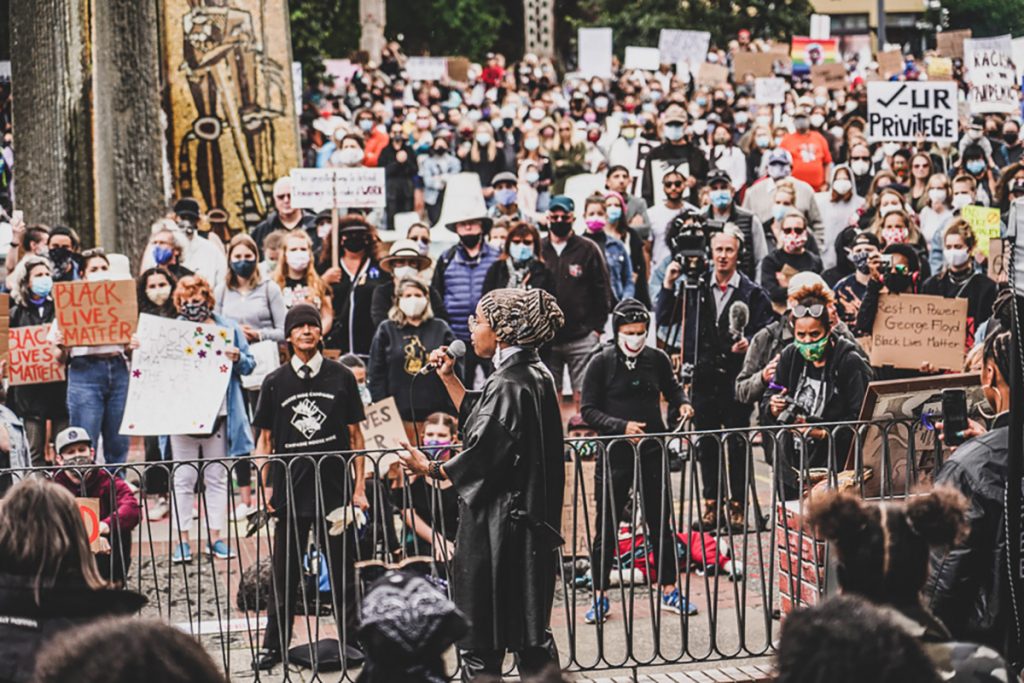 Tatyana: “I love seeing people bring that up when we say Black Lives Matter means All Black Lives Matter, specifically Black women and Black trans people. I think that message gets lost and people don’t care about us as much even though we’re fighting just as hard or even harder than the people who don’t care about our lives. I’m also Black and Asian and I know many Black people with intersecting identities whether it’s being Black and another race, Black and queer, Black and trans, etc. I think our voices are so important and need to be highlighted since they are often forgotten.”

Asiyah: “Historically, women have always been powerful agents within any massive, positive, global movement. But the stories of the women that have led such movements, or been instrumental to these changes, have only recently been highlighted. Still, there are those we may never even hear about. Representation is important and when I was younger, I sought the example of strong, outspoken Muslim women as I never saw myself fit the submissive, “oppressed” image that was depicted by western society. I want to be that representation for other Muslim women and girls.” 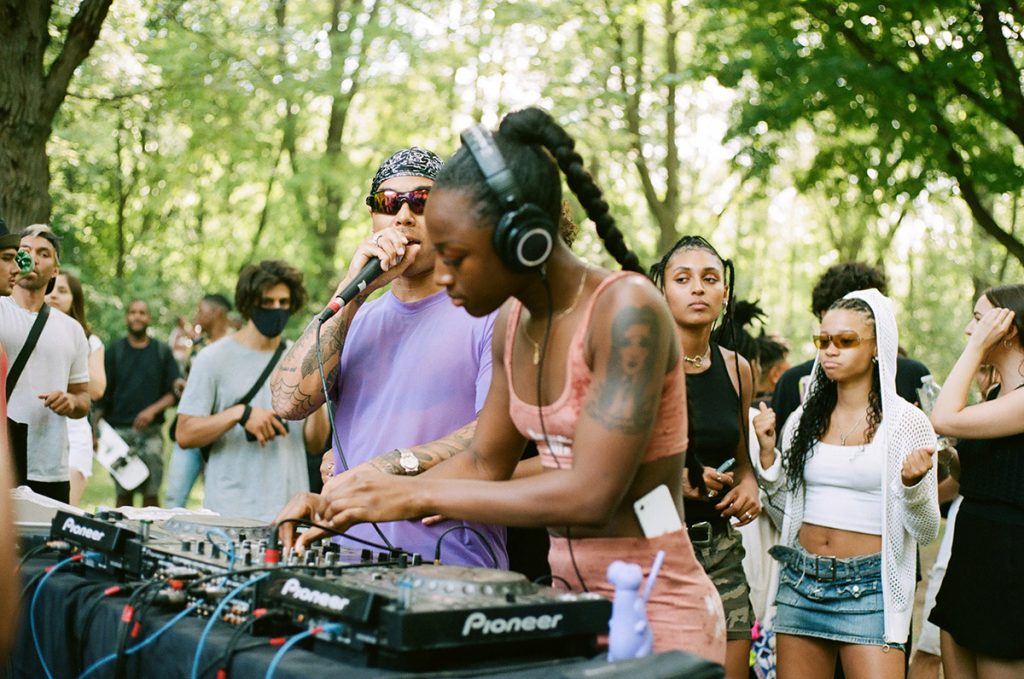 Tatyana: “I literally organized the event the day before and was not expecting that big of a turnout. Granted, it was at the height of protests and everyone was going out to march all the time. I think I was also surprised at how smoothly it went and how attentive people were when listening to speakers.”

Ayana: “I was surprised that so many people came. We knew 200 was a very low estimate and one of our teammates was betting on 3000 but I thought that we’d most likely hit 900 attendees. The crowd was really diverse and I was happy to see a lot of mixed kids with their families and Japanese natives.”

Aima: “I think what was surprising was the amount of diversity there. There were people of all different genders, race, ethnicity, age and sexual orientation. This just proved that so many people agree to the fact that Black people globally face injustice and that things need to change.”

Asiyah: “What surprised me most was the number of Black people on Vancouver Island. Growing up in The Bahamas, I am used to a Black majority environment. Here in Victoria however, I am so used to walking in all-white spaces that I was overwhelmed by the number of people who started coming up to the stage. I was also taken aback by how much I had missed that feeling, and how much strength it gives me to be surrounded by my people.”

Fatima: “The unity of each and every participant and how smoothly things unfolded. Despite having our lawyer present at every demonstration, we are always wary of legal implications. I was also surprised at how big and fast the movement grew, it really feels like we touched a lot of people and it was well needed.”