Trendy urban hotels are the latest hot spots -- find out what all the fuss is about! 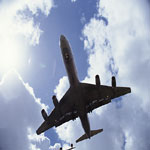 Why do we hate jet-setting party girls so much? Maybe it’s their impeccable timing. Look at Paris Hilton, heiress to the Hilton hotel dynasty. She couldn’t be more now-and neither could hotels. Coincidence? I think not. Hotels are once again the Saturday night destination for trendy urbanites. And whether it’s a modern boutique hotel, a trendy refurbished dive or a five-star high-rise with all the fixings, hotels are serving up some of the best cuisine in the country.

In December, ground was broken for The Hazelton, Toronto’s first five-star hotel, and the buzz has already started for its restaurant, One, headed by chef Mark McEwan. “A tuxedo and fine bone china do not make a five-star experience,” he says. “The best hotels have a cool luxury about them and should make you feel the same. The food at One will be welcoming seven days a week-exquisite but recognizable.” Jeeves, get my bags. I’m checking in!

Hot spots
Vancouver: Elixir
Cool cats flock to the über-stylish Opus Hotel, where they dine into the wee hours of the night on classic bistro fare. www.elixirvancouver.ca.

Toronto: Luce
The Rubino brothers have a trail of hit T.O. restaurants like Zoom and Rain, and when they opened Luce last year in the swank Hôtel Le Germain, they drew on their Italian heritage. But don’t expect to find spaghetti bolognese here-this is old country done in a whole new way. 416- 599-5823.

Montréal: Aix Cuisine du Terroir
One of Old Montréal’s best new boîtes, Aix is also found in one of the newest posh spots: Hôtel Place d’Armes. The simple brasserie dishes are anything but provincial. www.aixcuisine.com.