Relationship expert: Heartbroken and left out 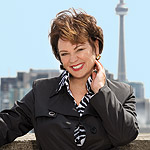 Q: I was recently involved in a very intense, short-lived relationship with a man who totally knocked my socks off. We seemed to be very compatible and talked about a future together. I found the relationship very fulfilling in many respects and believed that we were equals and similar in many ways. However, the relationship wasn’t without its problems: He was dealing with depression and some emotional issues, as well as a drinking problem. I feel that our relationship had potential, and, if he were able to get his problems in check, we could be good for each other. He broke up with me but has since quit drinking (and has asked for my help and support) and seems to be on a path to wellness. Do you see us together again? – Heartbroken

Dear Heartbroken: I am so sorry to hear what has happened to you. But it seems like you were looking for a lasting relationship and, sadly, this man wasn’t in a position to give that to you. It was obvious that you two would break up. I understand that you want to care for him, and that’s okay for now, but what happens when you need it back? It won’t be there. I’m not suggesting that he’s a bad person – he’s just lost and out on a limb. If you want to help him, go ahead – but protect yourself emotionally. He may say that he wants the relationship, but be sure that you’re not being used as a walking stick until he’s strong again. My fear is that this is the role you’ll play. Words are cheap; actions speak volumes. I think that over the next few months you’ll help him, but I don’t feel that you’ll stay with him. Ultimately, it’s your choice – just be sure that you have all the facts and that you’re both honest with each other.

Q: I’m dating a guy I love, but I’m frustrated that our time together is limited because he sets aside time to see his kids. I understand this, but when will I be included? – Left out

Dear Left out: This isn’t about you! These children really miss their dad. Your guy wants to make sure that they’re okay, but he doesn’t wish to hurt you. Do some reading on how divorce affects children, then talk to him about how he and the kids are handling the situation. Things will sort themselves out, but I worry that you won’t have the patience to wait it out.