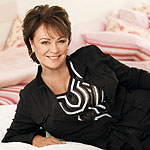 Q: Several years ago, a psychic told me that I would be getting married. Then I met a man who I thought was “the one.” He was married at the time, so nothing developed between us. A year later he got divorced, so I thought that things might work out for us. Instead, to my chagrin, he met another woman. He says that they’re just friends, but I doubt that. My dreams of us being together have unravelled. I’m still interested in him, but I’m also open to meeting a new man. In the meantime, is it all right to maintain a friendship with “the one” or would that be unhealthy? – Puzzled

Dear Puzzled: I’m afraid that when you heard you would be getting married, you tried to cast the first man you met in that role. I’m sure that you care for this guy, and that he has a soft spot for you, but you can’t expect him to be your future husband. This man isn’t ready to settle down or make commitments. His marriage broke down partly because his ex was so jealous. If you think that you can be friends and not agonize over who he is – or who he might be seeing – go for it. I think that in the next six months, you’ll be with someone new. At first, he’ll be more interested than you are, but he’ll win you over.

Q: I’ve been with my boyfriend for 10 months. I recently learned that while we were in New Orleans with friends last month, he was phoning and texting his ex-girlfriend. When I asked him about it, he denied it. I believed him, but as time went on I grew more suspicious. I finally called her, and she admitted that they were still very good friends. She also said that he had told her he didn’t have a girlfriend. She forwarded me several of his emails in which he’d asked her out for dinner. I broke it off with him, and within days he was texting me 20 times a day, telling me that he’d made a huge mistake. We ended up getting together a month later. Things were good until I caught him in a few more lies. In spite of that, I moved in with him a month ago. Even though we’re fighting a lot, I’m willing to stay – provided that he changes. Is this realistic or am I dreaming? – Optimistic

Dear Optimistic: I think you know the answer to that question, don’t you? Unfortunately, he is saddled with a huge inferiority complex. He’s never at peace in any one relationship, which is why he likes to strike up casual relationships with other women. Sadly, he doesn’t even think he’s cheating when he does this! He panicked when you left, and this set off his obsessive need to win you back. This is a pattern that will repeat itself unless he gets help. If you want to be with him, that’s fine, but you need to make sure that his emotional baggage is sorted out. Most women wouldn’t hang around because there is no speedy fix for this particular mindset. You should take this into consideration when you’re deciding whether to cut your losses and strike out on your own or settle in for the long haul.