Yoko Ono led tributes to John Lennon on the 30th anniversary of his death yesterday (08.12.10), writing a eulogy to her husband on her blog. 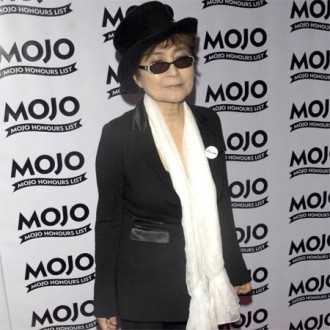 Yoko Ono led tributes to John Lennon on the 30th anniversary of his death yesterday (08.12.10).

The widow of the iconic ‘Imagine’ songwriter and peace activist wrote a heartfelt eulogy on her blog to mark 30 years to the day he was assassinated by a crazed fan outside their apartment block in New York.

Yoko poured her heart out, reminiscing about how she and The Beatles star John “cracked up” together after he taught her to make tea incorrectly.

She wrote: “Neither of us knew that it was to be the last year of our life together.

“This year would have been the 70th birthday year for John if only he was here. But people are not questioning if he is here or not. They just love him and are keeping him alive with their love.”

She added: “The most important gift we received from him was not words, but deeds.”

Meanwhile those in ‘Give Peace A Chance’ hitmaker John’s home city, Liverpool, England, marked their respects with commemorations starting at 10am with a service and laying of tributes at The Beatles statue in Cavern Walks and a recreation of a photograph of the band by Astrid Kirchherr taken in 1964.

Tributes continued to pour in from around the globe, with The Kinks frontman Ray Davies writing an essay for The New York Times and U2 singer Bono commemorating John by dedicating his band’s performance of ‘Pride (In The Name of Love) to him.