Tinchy Stryder is a fan of 'Whip My Hair' hitmaker Willow Smith. 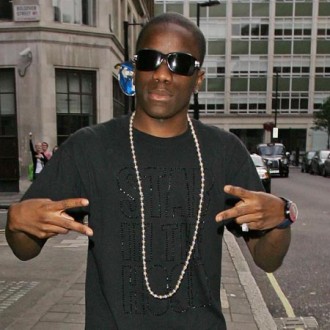 Tinchy Stryder is a fan of Willow Smith.

The rapper was impressed by the 10-year-old pop star – the daughter of Will Smith and Jada Pinkett Smith – from the first time he heard her music.

The hip-hop artist – who is label mates with the ‘Whip My Hair’ hitmaker on Jay-Z’s Roc Nation record company – said: “From the first track I heard of Willow Smith, and when I watched the video and when you see her speaking, you know there’s something special about her.”

He revealed: “I like The Script – in particular, their first album. I had it in my car and I realised there were a lot of tracks I liked, especially ‘Breakeven’.”

Since Tinchy signed with Jay-Z in September he has his sights set on conquering the US and hopes his new album ‘Third Strike’ will do well Stateside.

He told The sun newspaper: “I still feel like the UK still needs to be fully conquered. But when the time is right I’ll definitely be going over there. But it’s crazy big and when you talk to people who have been there and worked it. It’s a lot of hard work you have to prepare for.”