Will.i.am has revealed he suffers from tinnitus, a constant ringing in his ears, leaving him only feeling at ease when he's onstage. 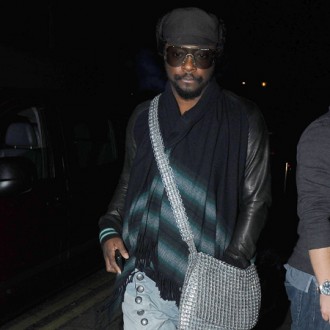 Will.i.am has revealed he suffers from tinnitus.

The Black Eyed Peas singer has a constant ringing in his ears – a symptom usually caused by constant exposure to loud sounds and common among musicians – and said when he’s listening to music or performing with his group are the only times he feel at ease.

He told The Sun newspaper: “I don’t know what silence sounds like any more. Music is the only thing which eases my pain.

“I can’t be still. Work calms me down. I can’t be quiet as that’s when I notice the ringing in my ears. There’s always a beep there every day, all day. I don’t know exactly how long I’ve had this but it’s gradually got worse.”

Despite his condition, will.i.am is not slowing down, as his group have just released their sixth album ‘The Beginning’ and after working on tracks with some of the biggest stars in pop including Rihanna, Flo Rida, Akon, Michael Jackson, Usher and Cheryl Cole, he is now hoping to be involved with the next album by Irish rock band U2.

He added: “You talk about one day looking back at milestones in your career – working with those guys will be light-year stones. I look at U2 and think, ‘Wow, I hope our group can stay together that long and still make brilliant music.’

“I went to Bono’s house for lunch and George Clooney and Cindy Crawford were there. I played some of the songs we’d been working on together and everyone was blown away. They all left the finger food to come and hear.”

Tinnitus is also a problem which affects rock guitarist Pete Townshend from The Who, who has said he may have to give up performing live with the group because the ringing in his ears has got so bad.