Will.i.am's failed 2007 solo album 'Songs About Girls' was a learning curve which helped save the Black Eyed Peas. 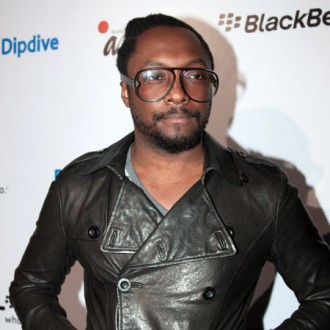 Will.i.am’s failed solo album was a learning curve which helped save the Black Eyed Peas.

The singer and producer released ‘Songs About Girls’ in 2007, but it was received with lukewarm reviews and became a commercial flop, which helped the star learn how to approach the next album with his main band.

Will.i.am said: “It would have changed everything within the Black Eyed Peas if that album had been successful.

“Because that album did not succeed, it taught me what to do with the Peas and what not to do.”

Will.i.am also explained the record was written entirely about his ex-girlfriend – whom he broke up with after nine years together – but was stricken with setbacks including his manager getting fired and his breaking his foot, which his mother took as a bad omen.

Will.i.am did add, however, the most positive thing to come from ‘Songs About Girls’ was his meeting UK pop singer Cheryl Cole, who sang guest vocals on the track ‘Heartbreaker’, and has since forged a strong working relationship with the star, who has since worked on both of her solo albums, ‘3 Words’ and ‘Messy Little Raindrops’, and signed her to his record label in the US.

He added: “The one good thing that came out of that album was Cheryl. She’s great company to be around, she works hard, she loves music and she’s not all diva’d out. Cheryl is really down to earth.”