Who is Dua Lipa? Also: Why you need to be listening to her 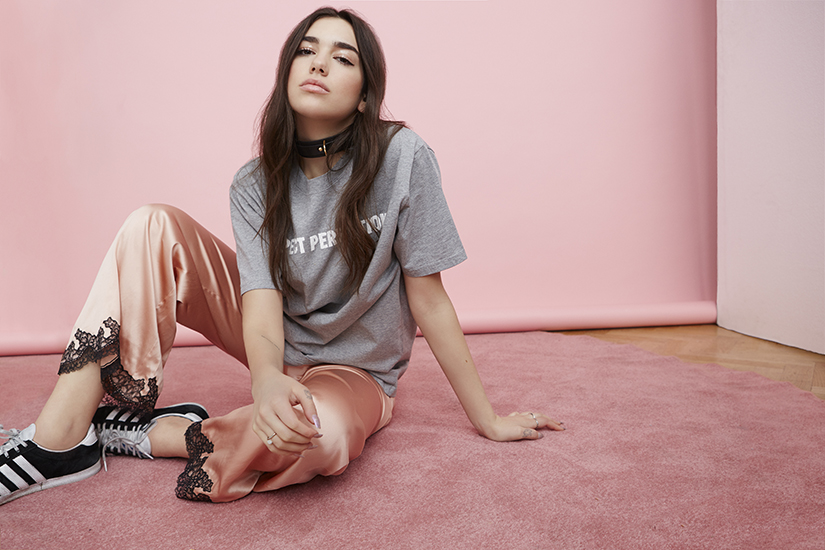 If you take Ariana’s vocal chops, Taylor’s real-life-to-rhyme-scheme songwriting and Tove Lo’s enter-with-your-middle-finger-raised attitude and gloss it all with Katy’s candy-coated production aesthetic, you’ll come close-ish to Dua Lipa. This Kosovar-Albanian Brit is poised for a big 2017: Her second single, “Be the One,” is a hit in Australia and Europe, she’s on the short list for the BRIT Critics’ Choice Award (previous winners include the likes of Adele and Sam Smith) and she’s got a hugely anticipated debut album coming out soon. We caught up with the 21-year-old at home in London during a rare quiet block in her calendar.

Do you not like being alone? “I’ve been so busy that I’ve gotten used to having a schedule, so when I’m at home, I start putting things in my diary like ‘I’m going to turn the washing machine on at this time.’ But it’s actually nice to have a moment to chill and reflect on everything that’s been happening.”

Have you thought about your “brand” as a new pop artist arriving on the scene? “In a way… When I started writing music, it was all very autobiographical and I was writing just for me. And then when I started releasing music and people came up to me and said ‘Your song made me feel a certain way and thank you for that,’ I was no longer writing just for me; I was also writing for my fans. If I’m able to do something that is so therapeutic for me and then make someone else feel safe or empowered or just escape from reality for a tiny bit of time…that’s what I’m here for. I want to show people that we all go through the same things, because sometimes an artist can seem like a hybrid, not a real person. I’m just like you, but I have the opportunity to get it out through music.”

Has pop always been your thing? “Pop is my first love; growing up, I listened to everyone from Nelly Furtado to Destiny’s Child to Christina Aguilera. I moved to Kosovo when I was 11, and everyone there listened to hip hop so I fell in love with 50 Cent and Snoop Dog—although I guess 50 Cent is still fucking pop. The first show I ever went to was Method Man and Redman. I would say now that my music is those two things alongside each other. I’m J. Cole and Pink put together. I’ve got pop production but with the honesty and truthfulness and flow of hip hop.”

it seems like you have a very clear idea of who you are as an artist. “There have been opportunities where I was offered features and I was like, ‘I know this is a great song and it will potentially be a massive hit, but it’s not for me.’ I don’t want to take it for the sake of it because I feel like I’ve worked so hard to get across who I am as an artist.”

How do you decide whether it’s for you or not? “Lyrically it has to make sense to me. It has to be a song that I feel I could have written.”

Once the album’s out, what’s next? “World domination! [Laughs] I want to see the venues grow; I want to go to more places I haven’t been to. I want to keep releasing albums. I want to be on my eighth fucking album like Rihanna. She’s just doing whatever the fuck she wants and it’s amazing. You know what I mean? I’m just enjoying this so much, and I hope it never stops.”