Westlife decided to split up because they felt being in the band had stopped feeling ''special''. 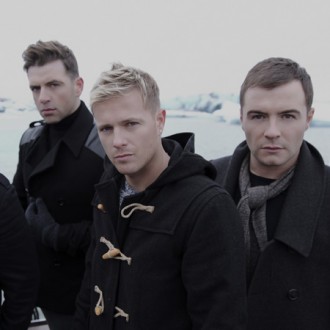 Westlife decided to split because it “wasn’t special any more”.

The ‘Flying Without Wings’ hitmakers are set to split after 14 years when they complete a final farewell tour this summer and while they are upset about going their separate ways, they think it was the right thing to do.

Shane Filan said: “It felt like it wasn’t special any more, not like it used to be. For the fans it’s slightly different but for us it’s been like, ‘Are we getting better? Are we getting worse? Are we getting to the stage where we aren’t enjoying it?’ It is half our life.

“None of us want to let it go and all of us will be crying come June [when the tour ends], but it’s time.”

Nicky Byrne added: “We never wanted to fall down and just be one of those bands that released records all the time, which we felt we were starting to do. And it felt like, ‘You know what, lads? We’re OK – we’ve done a lot!’”

The group admit they have been ready to split for some time and have enjoyed their recent trip to Asia much more because they were relaxed knowing they were about to announce they are going their separate ways.

Kian Egan said: “I shouldn’t say it but before we went on tour to Asia, we knew what was going to happen. We knew it was our last tour in Asia and when we came back we were going to release the news, so Asia’s probably the best trip we’ve had in years!

“It was like going away with your four mates on the p**s. It was a fairytale moment.”

Shane added: “It’s probably been brewing for a good year, as we knew we were coming to the ‘Greatest Hits’ album and the end of our contracts. We’d all been sitting down and talking about the pressure and the stress of trying to make the record and get it right.”