Westlife split will be final

Westlife insist they will never reunite once their farewell tour is over in 2012, no matter how much money they are offered. 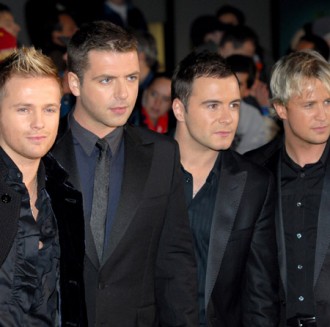 Westlife will never reunite once their farewell tour is over.

The Irish boy band – made up of Nicky Byrne, Kian Egan, Mark Feehily and Shane Filan – will split in 2012 after a greatest hits album and string of concerts and are adamant they will never record or perform together again.

Kian said: “We walked away from a multi-million-pound record deal that would have changed our lives forever, secured our future beyond anything.

“It’s not about the money. We’d have made far more on a new record than we ever would with a comeback tour.”

Shane also said they will all support each other if any of them decide to release a solo record.

He said: “The first person to decide to do a solo record, the other three will all be there.

“Everyone’s thought about going solo – I would love to continue singing for a living.”

For now, the group – who had a total of 13 number one hit singles in the UK, including ‘Swear it Again’ and ‘Flying Without Wings’ – are putting all their efforts into the farewell tour. However, original fifth member Brian McFadden will not be joining them.

Kian said: “We still text him and stuff, but he’s not coming back.”