Tupac Shakur's hip-hop group, The Outlawz, smoked his ashes at a memorial shortly after the star's 1996 death. 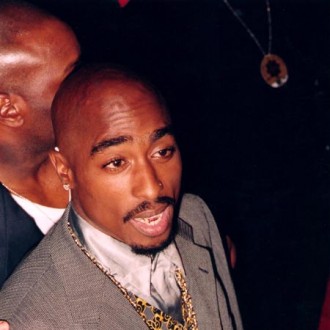 The ‘California Love’ rapper was killed in a 1996 Las Vegas shooting, but at a memorial held to the star shortly afterward, members of hip-hop collective, Outlawz, took the lyrics to his track ‘Black Jesus’ literally and mixed his ashes into a marijuana cigarette.

Rapper Noble said: “Yes, it’s definitely true… Had a little memorial for him with his mum and his family.

“We had hit the beach, threw (in) a lot of s**t he liked at the beach. Some weed, some chicken wings, he loved orange soda. Pac loved that kind of s**t, so we were giving him our own farewell.”

His bandmate EDI Mean added: “I came up with that s**t. If you listen to ‘Black Jesus’, he said, ‘Last wishes, n****s smoke my ashes.’ That was a request that he had. Now, how serious he was about it? We took it serious.”

The revelation comes ahead of the 15th anniversary of Tupac’s death on September 13, for which many of his friends and fans are planning celebrations.

His biological father has recently paid tribute to his son, saying: “Tupac cared for people. That was his main thing. He really cared for people. I think that’s why he would get so upset when people tried to question his commitment, his love for Black women or Black men.”