Trent Reznor has slammed the ''bulls**t'' repackaging of Nine Inch Nails' 1989 album 'Pretty Hate Machine' and urged fans not to buy the record. 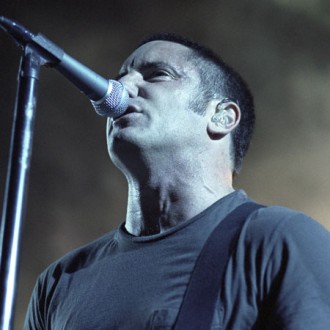 The ‘Head Like a Hole’ hitmaker – who scooped an Oscar earlier this year for his soundtrack for ‘The Social Network’ – has blasted the “bulls**t” repackaging of his group’s 1989 album ‘Pretty Hate Machine’ which has just been released in the US.

He tweeted: “NIN fans, don’t waste your money on this version of PHM that was just released. a record label bullshit move repackaging the old version. Ignore please.”

Trent – who last year released his own repackaged version of the album, remastering the record and adding a cover of Queen’s ‘Get Down, Make Love’ – has previously clashed with his record company.

During a tour of Australia in 2007, he noticed the group’s album’ ‘Year Zero’ was priced unusually high and persuaded Interscope records to lower the cost of the records.

Last year, Trent announced Nine Inch Nails – of which he is the sole permanent member – would be going on indefinite hiatus but revealed in March he is planning to resurrect the band, as well as recording with his current group How To Destroy Angels.

He said: “The three columns of things I’m currently funnelling music into – HTDA, NIN and film work – I believe will start to make more sense to you (and me) as everything unfolds. By having a few different outlets for my work I’m finding more inspiration within each one. No, Nine Inch Nails is not dead and I plan to focus on that next.”